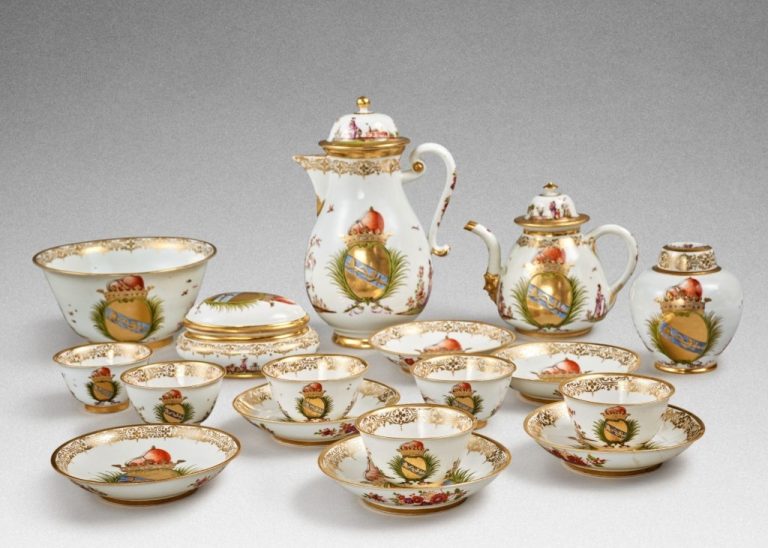 The wealthy use numerous utensils made of various materials, including metals like silver and exquisite materials like bone china. However, porcelain cutlery is often associated with elegance and elevated taste. In European royal and well-to-do families, the craze for such cutlery is well known.

Porcelain in its original form was reportedly made first in China during the rule of the Han Dynasty. After A.D. 800, translucent white porcelain became the most valued. In China, Jingdezhen was called ‘pottery town’ where it was produced.

From China to Europe

A German named Johann Friedrich Böttger was the pioneer in introducing this exquisite china to European nations. The alchemist Böttger called it “white gold.” However, it was the famous explorer Marco polo who first brought it from China to Europe in the 14th century. He called it “porcellana.”  However, it was not until the 16th century that its demand exploded. The Dutch and Portuguese focused their commercial attention on the Far East by that time. They figured out that using the European craze for Chinese-origin porcelain could be very profitable.

In the first half of the 17th century, approximately 3 million pieces of Chinese porcelain (including saucers, teapots, and tea bowls) were imported into the European nations by the Portuguese and Dutch traders. While making it in their native places would be cheaper, the Europeans did not have the skill to make it of similar quality to the Chinese.

Porcelain is made using two essential ingredients, kaolin and pottery stone. Kaolin, also called china clay, is a soft white clay that is a necessary ingredient in the manufacture of china and porcelain and is widely used in the making of paper, rubber, paint, and many other products. Kaolin is named after the hill in China (Kao-ling), from which it was mined for centuries.

Petunse or pottery stone is a historic term for a wide range of micaceous or feldspathic rocks. However, all will have been subject to geological decomposition processes that result in a material that, after processing, is suitable as an ingredient in some ceramic formulations.

China clay lends this type of china its plasticity while pottery stone makes it translucent and hard.

To understand how it was invented and the process was reinvented several times, you will have to read the book The White Road: Journey into an Obsession by Edmund de Waal.

Crafting porcelain-based cookware can be tedious. It requires skill and considerable time. Even a tiny amount of water added to the raw material can alter the texture. In addition, if the bowl’s wall is inconsistent in thickness, it can break easily.

Porcelain is baked at a temperature of 1400˚C, which gives it enhanced durability as it becomes vitrified at these high temperatures. However, the result can be outstanding when the craft is done aptly. No other clay can be as luminous as porcelain. It is pretty durable and outshines earthenware and glass by a large margin.

Ehrenfried Walther von Tschirnhaus first made porcelain available in Europe. He was a talented philosopher, mathematician, and physicist. He supervised Böttger, and while they worked together on the project, Tschirnhaus passed away when the research was in progress.

Johann Friedrich Böttger continued von Tschirnhaus’s work and brought the first European-produced porcelain to the market, financed by Augustus the Strong, King of Poland and Elector of Saxony. The production in the royal factory at Meissen, near Dresden, started in 1710 and attracted artists and artisans to establish the most famous porcelain manufacturer globally. Its signature logo, the crossed swords, was introduced in 1720 to protect its production; the mark of the swords is reportedly one of the oldest trademarks in existence.