The Meaning Behind a Gift of Chopsticks 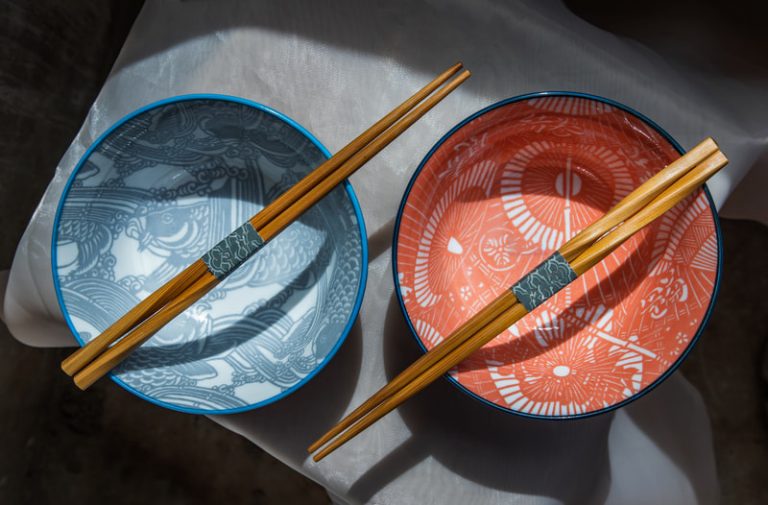 Chopsticks originated in ancient China and have become unique to Eastern culture. Not only are they part of the essential tableware of daily meals, but giving them as a gift has become part of Chinese culture and holds a special meaning.

The legend of chopsticks

While there are several legends about the origin of chopsticks, the most commonly accepted is that of Da Yu. Also known as “Yu the Great,” or “Great Yu Who Controlled the Waters,” Da Yu lived and ruled during the Xia Dynasty in the 21st century BC. Famed for his upright moral character and compassion for the people, Da Yu was also known for his role in stopping the great floods during that time.

One day, Da Yu set up a pot to cook meat, and when it was finished, he found it too hot to pick up with his hands. Being too busy dealing with the floods to wait for it to cool, he used two twigs to remove the meat from the pot and eat it. Others quickly learned to employ the same technique, and this is how the prototype for the first chopsticks was born.

Traditionally made from bamboo or other types of wood, this type of material reflects the idea of “harmony between Heaven and man.” A foundation of ancient Chinese culture, it’s a reminder that humans should learn from nature and co-exist in harmony with it.

If you examine chopsticks closely, you will find that one end is round, while the other is square. The square represents earth, and the round represents Heaven. This symbolizes the ancient Chinese philosophy “round Heaven and square earth.” Chopsticks also reveal the traditional belief that “harmony is the most precious.”

Compared to utensils in the west, which involve cutting food with knives and forks, chopsticks have a simpler, more convenient structure and function, and employ a gentler approach. Today, they’re made from a variety of materials and are sometimes beautifully decorated.

The meaning of gifting chopsticks to someone

Over time, gifting chopsticks has taken on special meanings. Care and forethought goes into each pair of chopsticks presented to someone as a gift.

Traditional chopsticks, with their round bottom and square top, represent the wish for everything to be as everlasting and unchanging as Heaven and earth. Generally speaking, giving them as a gift is a way of wishing someone a lifetime filled with happiness. There is also a special meaning depending on who they are given to.

For example, giving them to a child represents the wish: “May you grow up quickly and be as tall as long chopsticks.” Giving them to a teacher implies: “Thank you for being a dedicated teacher without asking for anything in return.”

Giving chopsticks as a housewarming gift means: “May you have happy memories in your new home and build up your family fortune as soon as possible.” Gifting them to a newly married couple sends the wish: “May you never part from one another and may you be blessed with babies soon.”

Sending chopsticks to a friend implies the giver will always show care and thoughtfulness toward their friend and the wish: “May our friendship be like two trees in a forest, harmonious, strong, and long-lasting.” Sending them to a foreigner means: “Traditional Chinese culture has a deep and long history,” while giving chopsticks to an elder means: “Wishing you a long life, filled with health, good luck, and many happy returns through eternity.”

Giving chopsticks to a business partner implies: “May we cooperate well, with selflessness and sincerity.” It also symbolizes a high rank, status, and fashion.

For example, one pair of chopsticks sends the message: “May you always be safe and enjoy a lifetime filled with harmony,” while two pairs means: “May you always love each other.” It also symbolizes the harmony of being in pairs.

Three pairs represent the sentiment: “Like three goats welcoming spring, may the whole family have good health and happiness,” and four pairs means: “May you be safe and prosperous during all four seasons of the year.”

Giving five pairs implies: “May the five blessings (longevity, wealth, health, love of virtue, and having a natural death when the time comes) descend upon your house.” It also means: “May you have an abundant harvest of all crops.”

Six pairs convey the wish: “May things go smoothly in your life and may you have great success,” while eight pairs means: “May you have an abundance of wealth and success.” And finally, 10 pairs of chopsticks imply: “May you be perfect in every respect, and may your family always be united.” As you can see, they are more than just an accessory to a meal. From their design and composition, to who they’re gifted to, and the number of pairs given, chopsticks convey a special, deeper meaning, making them the perfect traditional Chinese present.