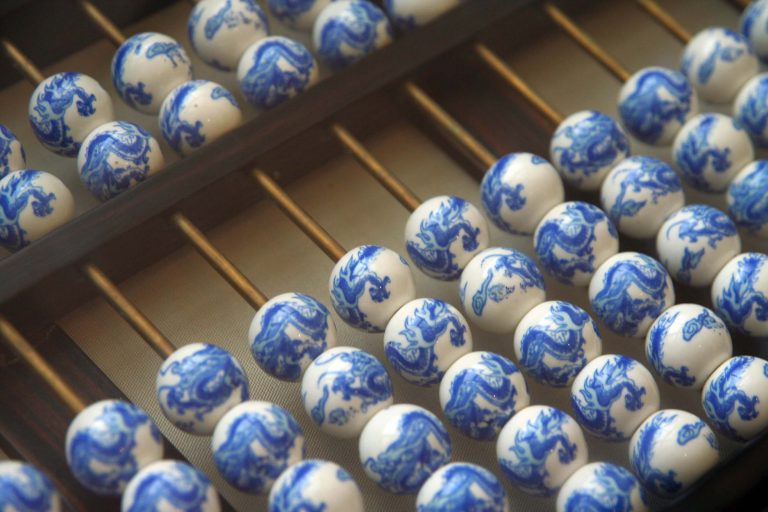 The abacus is a counting tool that has been used in China for thousands of years. It is widely used in shops, restaurants, and anywhere where bills need to be settled.

Counting operations are performed by moving the beads by hand. When performing calculations, the operator moves the abacus beads up and down, and left and right, on the rods with his fingers.

According to Chinese traditions, if you practice using this calculator for mathematics, you will develop a smart mind and a healthy brain, because finger movements are good exercise for the brain. In fact, in most schools in China, students still learn how to use the abacus, and can gain unimaginable speed and great accuracy.

This calculating device has proven to be one of ancient China’s greatest inventions. Before this invention, people used small wooden sticks as calculation chips to make calculations. However, with the increase in calculation numbers, performing calculations with small sticks failed to meet the requirements.

Thus, the calculator-abacus was invented. In Chinese history, the origin of the abacus can be traced back to the Spring and Autumn Period, 600 B.C., and it was widely used before the invention of Arabic numerals appeared in the world.

By the Ming Dynasty (1368~1644), the abacus was not only used for addition, subtraction, multiplication, and division operations, but also for measuring shapes and sizes of various objects, for measuring land area, etc. This calculation tool is simple, inexpensive, and easy to operate.

By memorizing some simple calculation tips and as their experience accumulates, people can perform calculations highly efficiently. The user can even benefit both physically and mentally by using this calculator.

In modern times, with the wide use of computers, some might think the abacus will become obsolete. Actually, it still has a role in many aspects of Chinese daily life.

“No matter how advanced a computer is, it is still no match for the human brain, which to this day remains an unfathomable enigma.”

Ancient China’s greatest inventions were rooted in China’s 5000-year-old civilization, which is said to have been divinely passed down by gods. Today’s China could benefit greatly by reviving its 5000-year-old traditional culture.