The ‘Tug of War’ of Climate Change Keeps Scientists Guessing 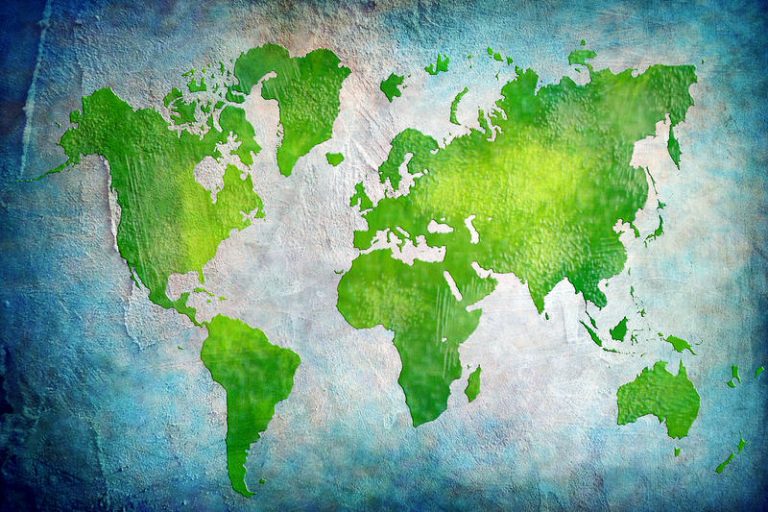 Scientists are currently unable to satisfactorily project the response of storm tracks to anthropogenic climate change. (Image: Dwnld777 via Dreamstime)

Storm tracks — regions where storms travel from west to east across oceans and continents driven by the prevailing jet stream — determine weather and climate in middle-latitude places like Chicago and New York. This is directly impacted by climate change.

“Changes in the position of storm tracks in response to anthropogenic climate change depend on how the equator-to-pole temperature gradient will change, and among the various factors affecting this gradient, cloud changes stand out as one of the important pieces of the puzzle,” said Tiffany S. Shaw, assistant professor in geophysical sciences at the University of Chicago.

She is the lead author of “Storm track processes and the opposing influences of climate change,” a review of the latest research and current knowledge that was published Aug. 29 in Nature Geoscience.

In idealized and comprehensive climate model simulations, warming due to increased carbon dioxide concentration in the atmosphere leads the clouds in high latitudes to reflect more solar radiation, thereby cooling Earth’s surface in those regions and increasing the temperature gradient between the equator and the poles.

In insolation (the amount of solar energy reaching Earth’s surface) this would lead to a poleward shift of the storm tracks. Meanwhile, those same clouds tend to enhance the greenhouse effect, thereby warming Earth’s surface in those same regions, and decreasing the temperature gradient between the equator and the poles, producing an opposite shift (also, in insolation).

“The opposing cloud influences on the equator-to-pole gradient should be studied in more detail to understand the ultimate outcome of this ‘tug of war,’ as it relates to the future position of the storm tracks,” Shaw said.

The most important message of this paper is that scientists are currently unable to satisfactorily project the response of storm tracks to anthropogenic climate change, said Edwin Gerber, associate professor of mathematics and atmospheric ocean science at New York University’s Courant Institute, who was not involved in the Nature Geoscience review.

“We understand a great deal about the processes that are important to storm tracks, but the devil is in how they interact with each other. The authors hit the nail on the head when they describe it as a ‘tug of war’ between different forces, and it’s uncertain which will win out.”

The researchers called for expanding observational efforts and the hierarchy of computer simulations used to understand how storm tracks will shift in response to the increased concentration of carbon dioxide in the atmosphere.

“In order to have confidence in our projected changes, we need to expand our hierarchy of models to include simplified models with cloud processes that can be used to study their impact on the storm tracks,” Shaw said.

Ultimately, any major changes in the position of storm tracks will have a significant impact on society because storm tracks shape temperature, precipitation, and extreme weather.

Such shifts in position have the potential to significantly change patterns of rain, snow, heat waves, and cold outbreaks, Gerber said. For example, if storm tracks shift poleward, New York and Chicago will likely experience warmer weather and less snow.

And there’s already evidence that the shift of the austral storm track southward — which was caused by the ozone hole at the South Pole — has impacted rain in Australia and South America, he said, adding:

“We need to know how extreme events will change in response to fossil fuel emissions so we can make informed decisions about our future use of fossil fuels.”

The Nature Geoscience review article grew out of a conference held last year that was sponsored by the National Science Foundation and The World Climate Research Program.

“This paper nicely sets forth the ‘state of the art’ in our knowledge of storm tracks, as well as some of our most promising ideas for making progress in the future,” Gerber said. “We need to know how the global circulation will change if we want to make accurate regional climate change predictions.

“I don’t like throwing the dice when it comes to my children’s future,” he added.

Provided by: University of Chicago.