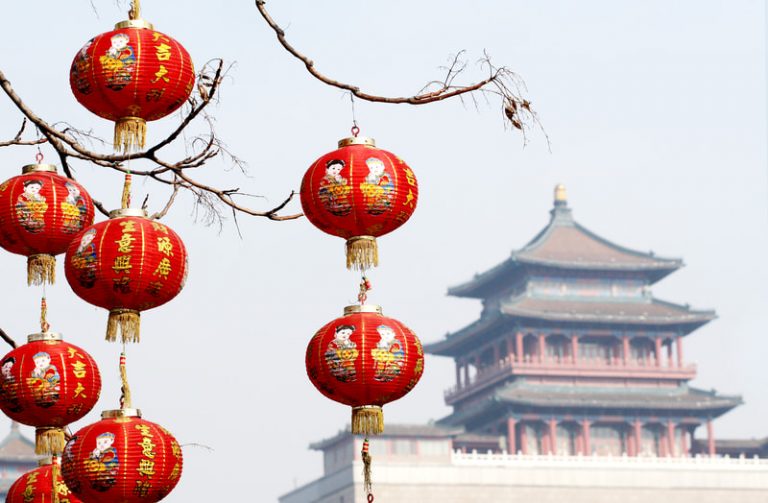 A thousand years ago, China was home to the largest and most prosperous cities in the world and the Chinese people were held in high esteem by every nation.(Image: Linqong via Dreamstime)

A thousand years ago, every city in the world turned pitch black at night, except for China, which was ablaze with bright and cheerful lights. In the evening, most major cities were peaceful and quiet, but in China, a lot of cities were crowded with people absorbed in song and laughter.

China was the only country back then that had cities with populations greater than a million people. During the 11th century, the largest cities in Europe, such as London, Paris, and Venice, only had populations of around 10,000 people.

In the 14th century, London had only 40,000 people and Paris had a population of about 60,000. When people from Venice, the most affluent part of Italy, traveled to Quanzhou City in Fujian Province, they often exclaimed: “This Chinese city is the City of Light!”

Within these cities were public healthcare centers, orphanages, old-age facilities, and public cemeteries for the poor. In many ways, the welfare facilities back then were similar to the ones today.

At that time, Europe was quite poor and backward; North America was undeveloped and Africa was very primitive. Thus, the differences between China and the rest of the world all those years ago were huge, with China being much more advanced.

When Venetians visited Hangzhou City in Zhejiang Province, they referred to Hangzhou as a “paradise” and “the most beautiful and noble city in the world.”  It is believed that the Italians invented spaghetti after seeing Chinese noodles; when they saw Chinese ice cream, they developed their own style of that too.

In those days, northern China’s steel industry had an annual output of 14 million tons. However, in 1788, almost 400 years later, the entire British steel industry produced a meager 85,000 tons per year!

In the 11th century, China used paper currency, but Europe didn’t develop paper money until after the 17th century. In 1661, Swedish banknotes became the first European notes in circulation. China’s currency was stronger back then than today’s U.S. dollar and Europe’s euro, and China’s coins were more valuable too.

Chinese people possessed great business acumen 1,000 years ago. For example, people of the Song Dynasty traded porcelain china made from soil aggregate for large amounts of gold and silver.

At one time, Chinese people were held in high esteem by every nation. Chinese craftsmen were considered one of the world’s treasures. They used their highly developed technical skills in exchange for raw materials and resources; however, today, millions of people in China provide dirt-cheap labor just to make a living.

Ancient Chinese were proud of their culture, but not today

A thousand years ago in ancient China, residents of Luoyang were proud to say: “I am happy because I live in the world’s best city!” Nowadays, people there lack the self-confidence to say such things.

Today, in many respects, the Chinese have given up their own splendid culture in exchange for mediocre Western doctrines.

A thousand years ago, China was thought to be the “center of the world,” leading the way in agriculture, commerce, manufacturing, handicrafts, and entertainment. China also led the world in economics, politics, technology, culture, academics, and the military.

Today, China is mainly known for its cheap goods and labor, and for having the largest population of any country. In many ways, it has since fallen behind the rest of the world.

It was the hard work and wisdom of Chinese ancestors that created such a powerful nation back then, but today’s offspring are depicted as lazy and apathetic, resulting in the backwardness prevalent in Chinese society. Who is to blame for the loss of such a great cultural ancestry?

Xi’an was considered the largest city in the world 1,000 years ago, as well as the world’s greatest Asian cultural center, religious mecca, and trade portal! Back then, China’s gross domestic product (GDP) accounted for 80 percent of the world’s GDP. Chinese people today are shocked by this information and ask in disbelief: “How could that be?!”

Not many Chinese realize that the China of today pales in comparison to its once glorious past.