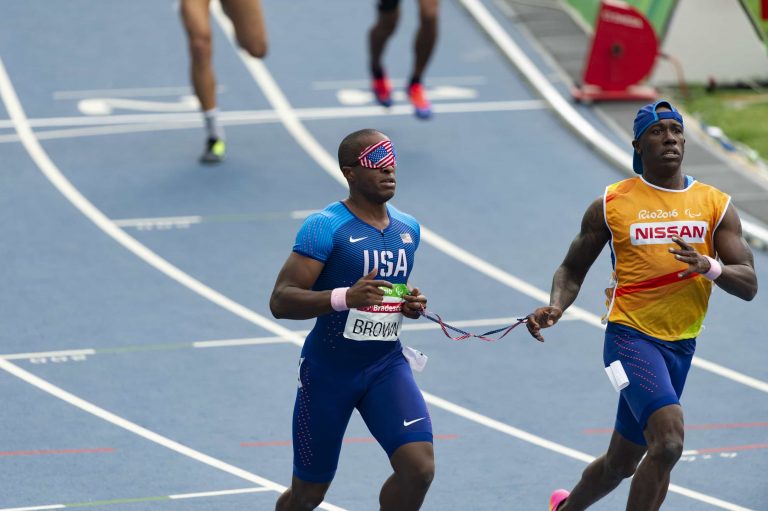 People with vision deficits tend to lead a difficult life. You may have seen people who are either blind from birth or those who lost their eyesight in life, requiring the help of others to walk or navigate across a street. Yet, it seems impossible to think of a blind man running without assistance. However, David Brown has achieved the seemingly impossible, and a film has been unveiled about this remarkable man.

Who is David Brown?

David Brown had Kawasaki disease in his childhood, which led to the loss of his eyesight. However, he was gifted with an athletic trait, and he had no intention of giving it up. So he located a running guide, and with his efforts, he became a Paralympic champion.

The documentary revealed his development with Jerome Avery, who had been training with David for 15 years. David ran with Jerome 7 years ago in the world-record race, and an eight-inch cord linked them. However, in the film, the chord is only 4 inches.

Their harmony is vital, and others can perceive items released online by Swiss Sportswear Company On. The movie also throws light on his love for music. He loves listening to genres like classical, country, and jazz. The documentary was directed by noted director Andy Fackrell.

David said of his bond with his co-runner: “When you see Jerome and I run, it’s like one person. I hope people can relate to Untethered when they see it and maybe even understand Paralympic sport when they watch the competitions in Tokyo this year.” In Tokyo, Avery was not able to join David in September 2021. Brown won the Paralympic gold medal back in 2016.

Brown had his share of hurdles before touching the zenith of success. First, he tried playing other sports like basketball, wrestling, and goalball before fathoming that the tracks turn him on the most. Next, he tried running at the Missouri School for the Blind events. From there, he became comfortable running with a guide runner.

Running with a guide was not a cakewalk for him, though. It took a long time for the sync between him and the runner to reach perfection. However, he gave it his best, and the results were amazing. While recalling the early days, he said: “We’re running like a three-legged race. They have to adapt to my running style and pretty much how fast and slow I’m going — my body language. They have to be one, in great condition; two, very fast; three, to synchronize their steps with how fast or how slow I’m moving my arms and my legs. Making those adaptations is very vital.”

While Avery will not accompany him in the 2021 Tokyo race owing to an injury, Brown tried hard to retain his spot. He admits it was not easy for him.