The Merchant’s Retribution Was Changed 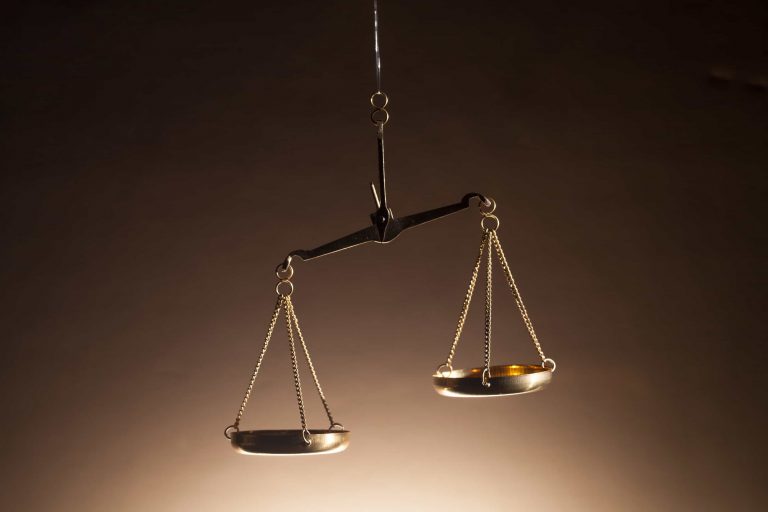 A merchant who cheats will suffer retribution. The merchant Zhao Defang was the father of three sons. He lived toward the end of the Qing Dynasty and enjoyed a very prosperous life. All of his sons were married.

When Zhao celebrated his 60th birthday, he confessed to his three sons that he deliberately rigged his measuring balance to deceive his suppliers and customers when he first set up his family business.

Whenever he purchased anything, the balance would show a lesser weight. Whenever he sold something to a customer, the balance would show a greater weight, saying: “That was why the cotton man went bankrupt after I bought thousands of kilograms of cotton from him. He tried desperately to save his business but died of typhoid 20 years ago. Now, I still feel sorry for that cotton man.”

“There was also a herbalist who died after I cheated him with my balance. There were others too, but these two were the most serious cases. Even though I now enjoy wealth and happy life, whenever I think of the people who died because of my actions, I feel so guilty that I cannot sleep at night. To obtain peace of mind, I have now resolved to destroy this balance in front of you all, and I swear that I will behave honestly,” he said.

All his sons welcomed his decision. They replied joyfully: “Father, it is the right thing to do. We all support your decision.” So Zhao broke his wicked balance immediately and kept his promise to behave honestly and do good deeds.

However, not long after, Zhao’s family met with misfortune. First, his eldest son died of a sudden disease. Then, his second son also died of a mysterious illness. And his widowed wife moved out with another man. Then, his third son suddenly fell ill and died not long after. The third son’s wife was pregnant at the time.

Having gone through these sudden misfortunes, Zhao was sad and confused. He complained: “When I cheated others, I lived a happy life with all my children. Now, I’m trying my best to be a good person, yet all these misfortunes are happening.”

Zhao is confused by the retribution he is suffering

The old Chinese saying “Good will be rewarded, and evil will be met with retribution” is wrong. All his neighbors felt sorry for the retribution Zhao and his family were suffering.

One day, Zhao’s daughter-in-law was giving birth to her baby. However, after three days of labor, the baby still would not come out. The midwives came one after another, yet they were all helpless and did not know what to do. Zhao became more and more frustrated.

Just then, a monk visited their home seeking alms. Zhao’s housekeeper tried to send the monk away, but the monk told her that he had a particular medicine for the family. The monk was immediately invited inside as an honored guest. The monk said to Zhao: “I am a wandering monk; I go where fate takes me.”

The monk showed Zhao the medicine, and Zhao asked the maid to rush the drug to his daughter-in-law. Several minutes later, it was reported that his daughter-in-law had given birth to a son after taking the medicine. Zhao was delighted. He expressed his gratitude to the monk and hosted a large feast in his honor that evening.

While they were having dinner, Zhao asked the monk: “Dear Master, may I trouble you with a question that has confused me for some time?” The monk nodded his head. Then, with a deep sigh, Zhao told the monk: “I am ashamed to say that I started my business by using a cheating balance to deceive others. I decided to be a good person last year and broke that cheating balance. However, soon after I destroyed the balance, I experienced misfortune after misfortune.”

He went on to say: “I lost three sons in the space of six months, and two of my daughters-in-law have left us. Fortunately, my third daughter-in-law has given me this grandson. Why is it that I had a happy family when I was cheating others, yet once I decided to be good, all these misfortunes knocked on my door?” Zhao didn’t understand why he seemed to be suffering retribution after doing good deeds.

The monk laughed after hearing Zhao’s story. He said to Zhao: “Don’t go off into wild flights of fancy; Heaven is fair to us. Your eldest son was the reincarnation of that cotton man who died after you cheated him, and your second son was the reincarnation of that herbalist. Your third son also came because of all the bad deeds that you had accumulated, and all three sons came to this world to ruin you and your family so that you would starve to death in your old age. However, since you resolved to do good, the gods have shown sympathy toward you and have recalled your three sons. You were able to escape your fate.” Zhao’s retribution was altered by his doing good deeds.

Upon hearing this, Zhao felt he had awakened from a dream. He thanked the monk for explaining the situation to him about the retribution he was suffering, but he asked the monk if his grandson had also come to collect more debts in retribution from him. The monk replied with a smile: “All your debts were repaid with the latest series of misfortunes. This grandson of yours will bring fortune and happiness to your family. He will enjoy fame merely because you decided to do something good for others. This is the reward you have earned for being good.”

Zhao was delighted and became more determined to perform good deeds for the rest of his life. This story supports the old Chinese saying: “If a good family has some tribulations, it may be that they are repaying the karma or debts from their ancestors. Once the debt is repaid, they will enjoy a happy life.”