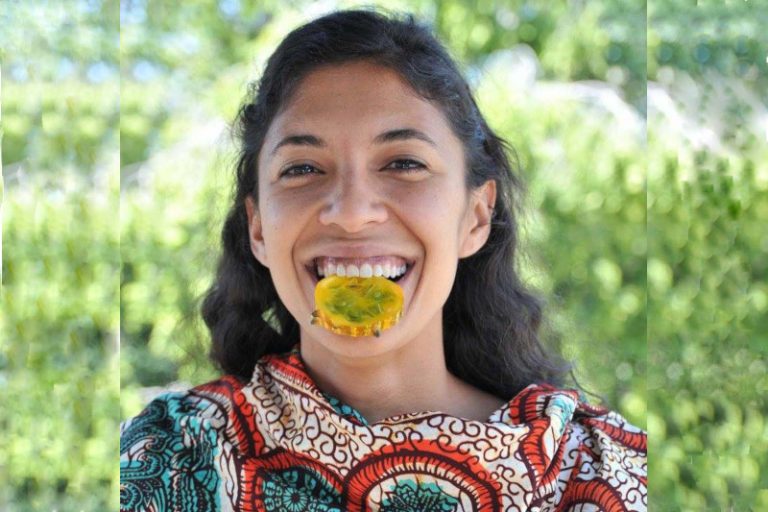 South Africa has a food system that is not in sync with what its land is capable of growing. However, efforts are on to restore the native and age-old horticulture. A skilled seed librarian named Zayaan Khan is among the pioneers spearheading this movement. She is also a talented horticulturist.

Located on the western coast of South Africa, the greater Cape Town region is known as a very biodiverse. However, rampant urbanization and displacement have made the situation difficult. Nevertheless, Zayaan Khan has the spirit of research in her genes.

Her career has its basis in working with organizations on land reform, agricultural transformation, and food justice, understanding the socio-political contexts of present-day crises, and working toward unhinging South Africa’s dependency on neoliberalism, with indigenous food reclamation as the central area of her work.

Land out of balance

Zayaan Khan learned much about the separateness and lack of sync between the land and food system. The European colonizers destroyed much of the ecological balance. The Khoi community people were decimated largely by brutal violence and ailments introduced by the Dutch colonizers. Europeans brought various types of plants with them, but these plants were less drought-resistant and invasive. They wiped out many native species in an unprecedented way.

Zayaan Khan was inspired by her mother, who was a librarian. As a result, the library became her refuge during her childhood and adolescence. She explored every shelf and read almost all the books. This fuelled the quest for knowledge in her mind.

Zayaan Khan started the Seed Biblioteek in 2011 in Cape Town. She began offering recipes, seeds, art, and jewelry made with various types of seeds. She calls it a seed library. She has created a garden that attracts researchers. There are enticing and lesser-known plants. These include species like wild bananas, Cape Aloe trees, and hyacinth beans. These offer food to humans and insects both.

Zayaan Khan also holds workshops for children and promotes indigenous plants and seeds. She co-creates and facilitates seed-centric workshops with local farmers and others enthusiastic about seeds. She is passionate about enlightening people about seed policy and related legal frameworks. Teaching food literacy is not simple, but she finds the challenges worth accepting.

It has been an uphill journey for her. Zayaan Khan has spent much time checking rare, out-of-print cookbooks and trying out long-forgotten dishes like flamingo eggs. She not only discovers age-old food traditions, but Khan also teaches and researches preservation techniques like fermentation. She performs experiments with preserving and cooking methods. She has often resolved culinary hurdles through inspiration in her dreams.

While Zayaan Khan has made much progress in the last decade, she feels many things can be done. However, she has many other things to manage. For example, in 2021, she began her Ph.D. work in the Environmental Humanities South at the University of Cape Town, an interdisciplinary research cluster focused on seed: “From seed-as-object to seed-as-relation.” Then there are her children to raise as well.

Zayaan Khan’s work with the revival of indigenous food keeps her engrossed. It involves abundant learning, teaching, and research. As a result, she says, “I’m able to continue telling a story of how my ancestry and lineage are intertwined with the land to make me believe that I’m in the right place, doing the right thing.”