Did You Know Mushrooms Have Their Own Language? 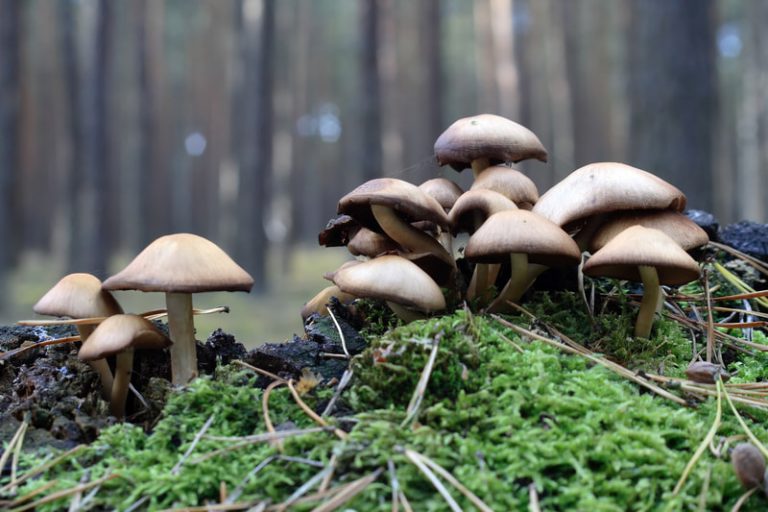 Most animals use some kind of language to communicate, whether it be primates, birds, or marine creatures like dolphins. But did you know scientists have been discovering that apart from animals, plants also use their own languages for communication? According to a recent study finding, mushrooms use electric impulses transmitted through underground filamentous structures called hyphae, producing a kind of language. It is worth exploring if this “mushroom language” can be compared to languages used by animals.

The University of the West of England’s Professor Andrew Adamatzky carried out a study to understand the nuances of the fungi language. He analyzed electrical spikes made by 4 kinds of mushrooms, namely caterpillar, ghost, enoki, and split gill. He made use of tiny microelectrodes for this study.

Adamatzky said: “We do not know if there is a direct relationship between spiking patterns in fungi and human speech. Possibly not. On the other hand, there are many similarities in information processing in living substrates of different classes, families, and species. I was just curious to compare,” (The Guardian).

Nearly all communication between animals with cells involves the usage of nerves. The nervous system transmits messages from one part of the body to another or between two living organisms. Mushrooms do not have what is called a nervous system. Fungi transmit information through electrical impulses that are sent through thread-like filaments known as hyphae. These filaments make up mycelium—a thin web that links such fungal colonies underground. These networks have been compared with the nervous system found in animals.

Adamatzky’s study showed the spiking patterns found in the mushrooms resemble vocabularies consisting of 50 words. The fungal word lengths resembled that of the language used by humans. Split gill mushrooms generated the most complex vocabulary. Adamatzky hypothesized that the electrical activity weaves are meant for maintaining the integrity of the fungi and can be compared to howling by wolves meant for keeping the pack together.

Adamatzky added: “There is also another option – they are saying nothing. Propagating mycelium tips are electrically charged, and, therefore, when the charged tips pass in a pair of differential electrodes, a spike in the potential difference is recorded.” However, he noted that the spiking events he observed did not appear to be random.

The research is promising and it has sparked debates in the scientist communities. However, other researchers think more credible evidence is required before accepting these electric impulses as a language. Other pulsing behavior patterns have been found in other fungal networks, possibly triggered by the quest for food.

The study may be in the right direction, but scientists not involved with it feel more intensive research should be conducted. The process of classification used was rather primitive. With intensive analysis, a larger vocabulary could be discovered. This may mean the language is more complex.

University of Exeter’s associate professor of biosciences Dan Bebber said: “This new paper detects rhythmic patterns in electric signals, of a similar frequency as the nutrient pulses we found. Though interesting, the interpretation as language seems somewhat overenthusiastic, and would require far more research and testing of critical hypotheses before we see ‘Fungus’ on Google Translate.”