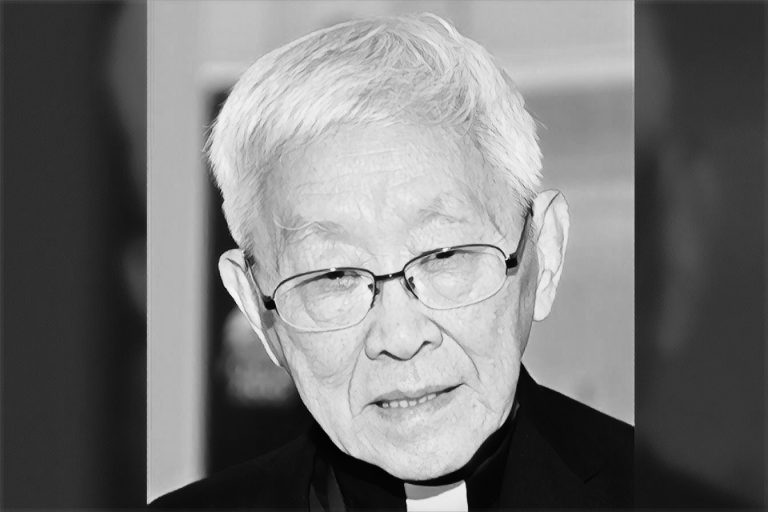 The arrest of Cardinal Joseph Zen in Hong Kong on May 11 tells you everything you need to know about the Chinese Communist Party (CCP). For China watchers or historians, the arrest of Cardinal Zen, the former bishop of Hong Kong, was probably not a great surprise given the regime’s track record and its traits.

“A regime that fears a 90-year-old priest must have profound doubts about its legitimacy,” wrote the Wall Street Journal (WSJ) editorial board after Cardinal Zen was arrested with several others for violating the city’s draconian national security law.

“China has already crushed political dissent, a free press, and an independent judiciary in Hong Kong, and its latest target is religious liberty,” the WSJ said. “That’s the message with the arrest,” the editorial added.

The cardinal was arrested along with Cantopop singer Denise Ho, ex-legislator Margaret Ng, and academic Hui Po-keung for being trustees of the 612 Humanitarian Relief Fund.

The now-defunct fund took donations to assist pro-democracy protesters with any legal or medical costs if needed. Through their association with the fund, they now stand accused of colluding with foreign forces. The four have been released on bail, but if found guilty, they face possible life sentences.

If he is jailed, Cardinal Zen will join other pro-democracy activists already imprisoned under the draconian law, including media tycoon Jimmy Lai who Cardinal Zen baptized in 1997.

The arrest came only days after hardliner and former police chief John Lee was confirmed as Hong Kong’s next leader.

According to Human Rights Watch (HRW), Lee was instrumental in pushing a widely unpopular extradition bill that sparked the 2019 protests, and he also acted to shield the police from accountability for the use of excessive force against protesters.

“The appointment of John Lee as Hong Kong Chief Executive through a so-called election in which less than 0.2% of the Hong Kong population took part highlights the contempt with which the Chinese government views Hong Kong’s democratic ambitions,” IPAC said in a statement.

“Lee was the sole candidate in a strictly vetted ‘patriots-only election’ with only members of the small, pro-Beijing election committee able to cast a vote,” IPAC said.

Lee is reportedly also Catholic, as was his predecessor pro-Beijing city chief Carrie Lam who refused to become a CCP member because it would require her to renounce her Catholic faith, reported the Sydney Morning Herald (SMH).

There are just over 400,000 Catholics (excluding non-residents) among Hong Kong’s 7.6 million people, but they are considered influential.

“Hong Kong is a religious city. All the top schools are Catholic. Lam went to a school run by nuns,” Professor Jean-Pierre Cabestan of Hong Kong Baptist University told SMH. “Many Chinese fled communism because they were Christian,” he said.

Traditionally many Hong Kong Catholics have favored the pro-democracy camp, but there are many pro-Beijingers or those who prefer the church to be non-political.

Cardinal Zen critical of the Vatican’s approach to China

Being a fierce critic of the CCP also put Cardinal Zen at loggerheads with top Vatican officials favoring behind-closed-doors diplomacy with Beijing and those of them who agreed to a controversial deal on bishop appointments in China four years ago.

“He was one of the few senior members of the Roman Catholic Church to publicly criticize the unpublished 2018 agreement between the Holy See and the Chinese government. That deal allows the Chinese government — not the Vatican — to select bishops in China,” HRW said of the cardinal and the deal.

As well as speaking publicly, Cardinal Zen publicly wrote letters to the pope and traveled to Rome to express his concerns.

“I am not objecting to an imperfect agreement — that I can accept — but not an evil one, not one that runs counter to the principle of our church,” Cardinal Zen told a local radio program reported AFP in February 2018.

Among its controversial aspects is the perception that the deal has bought the pope’s public silence over rights abuses in China. Many within the underground Catholic Church in China consider it a sell-out by the Vatican.

In 2020, Cardinal Zen also traveled to Rome — despite the pandemic — but was refused a meeting with the pontiff on the selection of a bishop for Hong Kong.

In response to the cardinal’s arrest, the Vatican issued a one-sentence statement.

“The Holy See has learned with concern the news of Zen’s arrest and is following the development of the situation with extreme attention,” Vatican spokesperson Matteo Bruni said in the statement.

Its brevity has been noted by some.

“‘Concern’ sounds such a tepid phrase,” tweeted Benedict Rogers, who is co-founder of Hong Kong Watch, a writer, and a Catholic.

“And yet, the Vatican has set such a low bar of expectations on speaking out or doing the right thing on #China #HumanRights that the fact that they said something, and expressed concern, is surprisingly welcome,” he added.

But while the Vatican may have been lacking in words, Cardinal Charles Maung Bo a leading Asian Catholic cleric voiced his support for Cardinal Zen in a one-page statement.

“My brother cardinal, His Eminence Zen, was arrested and faces charges simply because he served as a trustee of a fund which provided legal aid to activists facing court cases. In any system where the rule of law exists, providing assistance to help people facing prosecution meet their legal fees is a proper and accepted right. How can it be a crime to help accused persons have legal defence and representation?” wrote Cardinal Bo, who is the archbishop of Yangon, Myanmar, and president of the Federation of Asian Bishops’ Conferences.

“Hong Kong used to be one of Asia’s freest and most open cities. Today, it has been transformed into a police state. Freedom of expression, freedom of the press, freedom of assembly and association, and academic freedom have all been dismantled,” he further wrote in his statement.

The Hong Kong diocese also issued a statement, but it was cautious.

“The Catholic Diocese of Hong Kong is extremely concerned about the condition and safety of Cardinal Joseph Zen and we are offering our special prayers for him.

We have always upheld the rule of law. We trust that in the future we will continue enjoying religious freedom in Hong Kong under the Basic Law,” the statement said.

We urge the Hong Kong Police and the judicial authorities to handle Cardinal Zen’s case in accordance with justice, taking into consideration our concrete human situation.

Bishop David J. Malloy of Rockford and chairman of the U.S. Conference of Catholic Bishops’ Committee on International Justice and Peace, likewise issued a statement.

More broadly, condemnation of the arrests of the four has been widespread in the West, with much of the focus being on Cardinal Zen. The U.S., UK, and Canadian governments were among those in the West denouncing what occurred along with rights organizations while others such as IPAC have called for action.

“[We] call upon our governments to impose targeted sanctions on John Lee, and others involved in these persecutions. Immediate diplomatic pressure must be brought to bear upon the Hong Kong authorities, and all routes to legal accountability explored. Mere words are no longer enough,” IPAC said in a statement.

Catholicism in the People’s Republic of China

Not long after taking control of China in 1949, the CCP cut diplomatic ties with the Vatican and expelled foreign missionaries.

In 1957, the communists set up the Catholic Patriotic Association in a bid to control what remained of the church.

When the communists sought to eradicate religion from society during the Cultural Revolution (1966-76), churches were shut, and Catholics were targeted as “enemies of the people.” Untold numbers of Catholics were killed.

After Chairman Mao Zedong died in 1976, restrictions upon religions relatively eased, but communist authorities continued to harass and discriminate against Catholics and other Christian groups.

In 2014, the Chinese regime said that there were 5.7 million Catholics who were part of congregations registered with the state, said a 2017 Freedom House report. The report’s author, Sarah Cook, wrote there are approximately 12 million Chinese Catholics who worship in unofficial churches.

While Hong Kongers have much more religious and spiritual freedom than on the mainland, and none suffer the same fate as just mentioned, many fear the national security law is changing that, with the arrest of Cardinal Zen being a harbinger.

One Catholic priest told Financial Times that no part of life in Hong Kong will escape the narrowing of political controls.

“If you ask whether [local] priests are now more worried about the security law …  I would tell you that everyone in Hong Kong is concerned about the law,” the priest said.