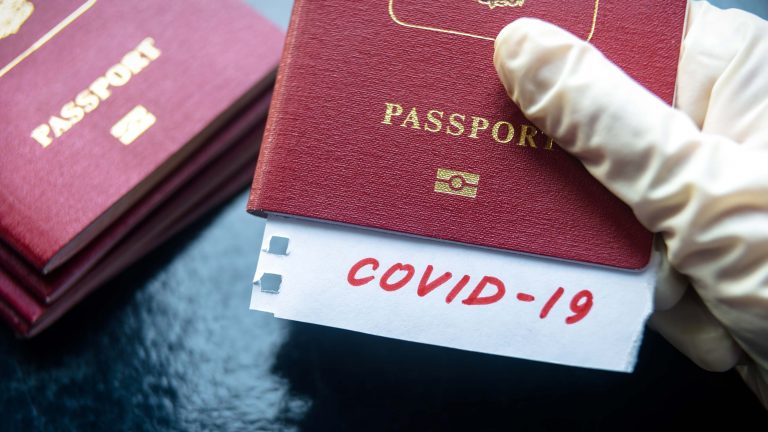 There is nothing new about the Chinese government imposing various kinds of restrictions on its residents and that includes surveillance on movements and Internet usage. These monitoring and invasive restrictions have gone up since the beginning of the COVID-19 pandemic. The Chinese police have ordered the residents of Hunan, a central province, to submit their passports. The residents have also been told their passports will be returned once the pandemic is over. Since the new variants of coronavirus have been found in certain parts of China, the CCP has started tightening its control on the residents.

This order to submit Chinese passports may be rolled over to other regions in China, based on the growth of the infection pattern. A major section of residents is trying to leave the regions where the infections are surging.

The notice was given by the Baisha police department in Hunan Province on March 31, 2022. An officer from the Baisha police department said the report is true. He added: “According to official requirements, [passports] must be handed over because of the pandemic. It’s everywhere, not just Hunan. It’s across the whole country. Anyone with a passport has to hand it over, not just people who have an employer. If people don’t hand them over … then they have to expect to be investigated.” (Radio Free Asia).

A section of the Chinese residents is opting for emigration owing to factors like stringent lockdowns and mass compulsory testing. The residents are tired with the never-ending series of restrictions imposed on them. People living in cities and provinces facing zero-COVID restrictions like Jiangsu, Guangdong, and Beijing are seeking emigration. The same trend has been observed in Shanghai and the local Immigration consultancies have confirmed a rise in immigration queries, too. Therefore, authorities want to confiscate people’s passports so they can’t travel overseas.

A section of Chinese residents are seeking permanent immigration in Western countries and even those closer to the Middle East region.

A consultant named Liu said: “Some clients also need a favorable exchange rate [with their destination country]. “We have had nearly four times as many inquiries this year as this time last year. There are many who are applying to Turkey, because [you need to] buy a house for at least U.S. $250,000, which is between one and two million yuan. There are rumors this will go up to U.S. $400,000 in May, so a lot of people are trying to jump aboard the last bus before the price hike.” (Radio Free Asia).

An immigration consultant based in Shanghai named Shan said this trend will only go up with time. The Chinese government is in no mood to ease the COVID restrictions anytime soon. They are thinking it is the right time to opt for permanent residency in another nation. It is hard to say when the killer virus will cease to haunt the human population. At most, its lethality will go down. The trend to leave China has sparked memes on runzhi- a satirical take on Mao Zedong, the late supreme leader.

Xia Ming, New York City University’s political science professor says on this: “Mao Zedong’s [birth] name was Mao Runzhi, and he ran away at the most critical moment. There is also the word run in English, as in run away.” Xia thinks the exodus is a culmination of the migration wave that began almost 5 years ago. The cases of missing persons, abduction and trafficking have gone up and these have made people panic. He added that the kidnapping of kids and women in China has shot up. (Radio Free Asia).

Sang Pu, a Hong Kong commentator based in Taiwan says the residents in Shanghai are not much scared of a new wave of COVID. They are more worried about the draconian disease control measures adopted by the government. He said the reason behind the mass exodus is more political than medical. The worrisome thing is that the people who manage to flee to other countries are still tracked by the Chinese government. They bring in the baggage of China’s authoritarian system with them.