My Father Forced Me to Marry a Beggar’s Daughter, and It Changed My Life 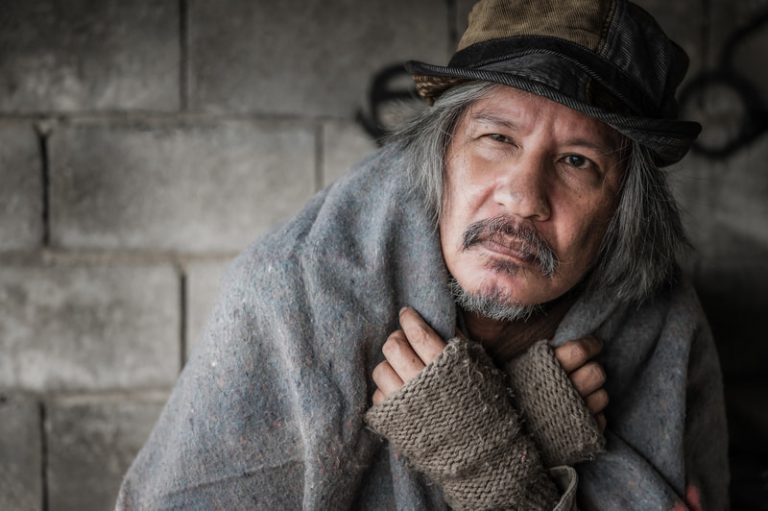 I was embarrassed to tell people that my father-in-law was a beggar. You may not believe me. He became disabled in an accident, so his wife left him. He raised his daughter, and this beggar’s daughter is now my wife, by himself.

My dad owned a company, so we were well off. One day, a beggar came to our home, and my dad invited him to come in because it was quite cold outside. My dad didn’t care about little things; he felt that people might run into problems, and that if we could help out a little, we should. Who knows, maybe we could make friends with others that way. So, that was how I met my father-in-law.

I jokingly told my dad that he would let anyone come into our home, even a beggar. What could we expect of him? Would he even have a cell phone so they could stay in touch? Low and behold, he was a beggar and he did have a cell phone, so he and my dad often met and drank tea together. I saw him often too, but I didn’t want to have any kind of relationship with him.

His dad forced him to marry a beggar’s daughter

Then my dad heard that the beggar had a daughter in graduate school. My dad found a matchmaker, and without my consent, he expected me to marry the beggar’s daughter. Gee, I knew I didn’t have an advanced degree, but I did have a bachelor’s degree. Did I have to marry a beggar’s daughter?

Chinese people nowadays are very vain, and family status is very important in a marriage. Now, all my friends were going to laugh at me. However, my dad went nuts over her and threatened to cut me off financially. I should have been ashamed. Even though I had a college degree and a good job, I still couldn’t totally support myself; my spending money came from my dad. I had no choice but to marry her — the beggar’s daughter.

Marrying a beggar’s daughter was not my idea of finding happiness. Fortunately, she was very easy to get along with.  She was an excellent cook and took care of all the household chores. Besides, she had a good job. I, too, had a good job, but I always spent more than I earned.

It was OK that my dad subsidized me all along. Three years after I got married, my dad’s company went bankrupt. So there went my little private bank. My dad was not in a good mood those days, so one day my wife handed me a bank deposit book. I thought, what good would that do? Her salary and savings could not do much for my dad’s company. She seemed to read my mind and said: “Open it up and look at it. Tell me whether that is enough or not. Don’t jump to conclusions so quickly.” I opened it and was shocked — 4 million yuan.

“Where did you get this much money?” I asked. “My dad gave it to me.” Then she told me that after her dad had his accident, her mom ran off. The entire family was in hardship, but 6 months later, her dad got compensation: 4.3 million yuan. Over the years, the old man had only spent a small portion, and he went out to beg to support her college education. Even though her dad was disabled, he could still do little things to make money, like begging or running a vegetable stall, etc.

Being a beggar’s daughter, my wife didn’t know that her dad had that much money.

Whenever my wife was working, he would get lonely and go out to beg for money. Of course, then he had to endure people’s humiliating eyes. When my wife was at school, her classmates also looked down on her for having a beggar as a father. My wife knew that her dad worked very hard to support her going to college, so she made up her mind to study hard.

My wife was always a good girl, and never caused any trouble; they both believed that life would get better.

My wife thought that her dad should enjoy the money. He said: “After I leave, you will be in this world alone… If you have this amount of money, you won’t have to worry for the rest of your life.  Think about this, if you had known that I had this much money, would you have studied so hard?”

My wife shed tears when she told me the story, and I was also moved. They won my respect. I understood at least one thing: Life will not be perfect, and I can’t get everything I want. However, if I am willing to work hard and be persistent,  I will have a bright future.