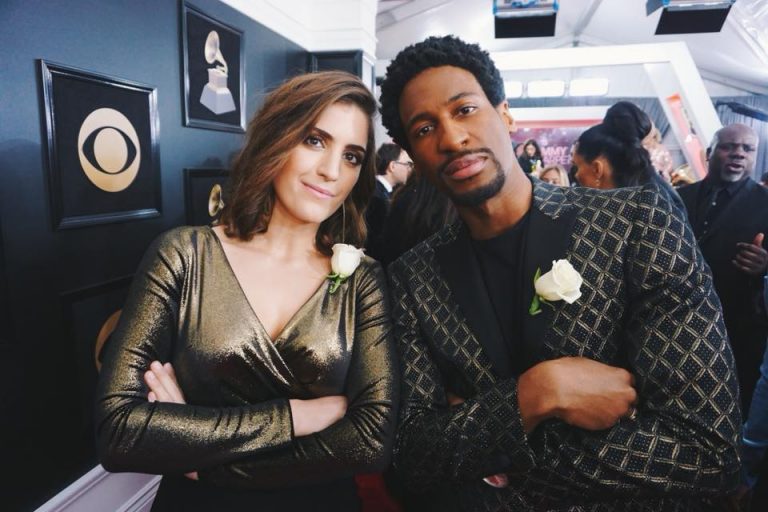 For some musicians, the moments of success are often sprinkled with doses of pain and loss. The same can be said about Jon Batiste. Jon Batiste is an American singer, songwriter, musician, bandleader, and television personality. He has recorded and performed with artists in various genres of music, released his own recordings, and has performed in more than 40 countries.

He is married to Suleika Jaouad, an American writer, advocate, and motivational speaker. She is the author of the Life, Interrupted column in The New York Times and has also written for Vogue, Glamour, NPR’s All Things Considered, and Women’s Health. Her 2021 memoir Between Two Kingdoms was a New York Times Best Seller.

Jon Batiste recently made headlines by earning 11 Grammy award nominations and winning 5. It was a moment of great joy for him. However, there was stress and tension at the back of his mind.

In 2010, Jaouad was 22 and diagnosed with leukemia with a 35 percent chance of survival. In what we are told is our prime, she spent many days in the cancer ward.

Jon Batiste tied the knot with Jaouad in early 2022 while she was undergoing a second round of chemotherapy for leukemia. This was the 2nd time she was diagnosed with the ailment. The couple received the news only eight days before the awards ceremony, coinciding with his 35th birthday.

Suleika and her spouse believe in art’s healing power. They got married in February, and the 3rd wave of the pandemic made celebrating a honeymoon rather impossible. That is when Jon Batiste turned to his creative side. He composed soothing lullabies for his wife to make her feel better and not feel alone.

He could not be there in the room owing to the coronavirus restrictions. But Suleika loved that her spouse made a new lullaby every night. She felt as if her spouse was sitting next to her.

Art forms have often offered people relief from pain or stress. It can be music, writing, or other forms of art. Art proves to be a refuge in times of crisis. Jon Batiste said music is his weapon to heal the pain. But he also said it might not be the same for everyone.

Pain inside his heart

Anyone who saw Jon Batiste walking away with five Grammys at the recently held 64th Annual Grammy Awards had no clue what he was enduring. They received notice about the diagnosis results just days earlier. Suleika said:  “We’re sitting in this chemo suite together and these phone calls of congratulations are coming in. We have to hold these two realities.”

It was not a pleasant experience to know her cancer had returned just before the nominations. Her book Between Two Kingdoms was about recovering from leukemia for the first time. The worrisome thing is that the ailment has returned. However, that has not affected the couple’s spirit.

For the talented couple, life is nothing short of a roller-coaster ride. Yet, they are trying to find balance. Suleika said: “It’s holding the absolutely, you know, gutting, heartbreaking, painful things and the beautiful, soulful things in the same palm of one hand. And it’s hard to do that, but you have to do that because otherwise, the grief takes over.”

Jon Batiste perceives the move as a move of resistance. He elaborated: “OK, this has happened, but this isn’t going to interrupt our plan. This is just a bump in the road. It’s an act of defiance. The darkness will try to overtake you but just turn on the light. Focus on the light. Hold onto the light.”

It is noteworthy that the couple found amazing ways to battle adversity with their creative skills as the foundation of their relationship is robust.