Visiting the Tulip Fields in Holland: Everything You Need to Know 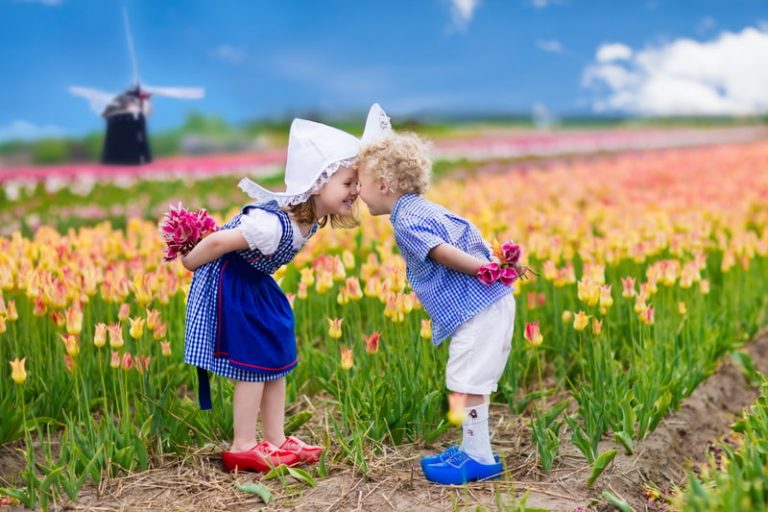 The Netherlands is a beautiful country and it is famous for certain things like the windmills donning its landscapes and picturesque canals. However, tourists exploring the European country get mesmerized by its vast and enthralling tulip fields. As you may have seen in several movies and YouTube videos, the beautiful and colorful tulip fields in the country seem out of this world.

There are many places in the Netherlands where tulips are grown, but tourists usually flock to the bulb region, or the Bollenstreek. The flower industry in this region is thriving. Visiting Keukenhof in Lisse is also recommended. The park is commercial, but it is like a wonderland of tulips, literally. At the Keukenhof, you can see over 800 species of tulips. It is liked by families for an adjacent petting zoo. However, there are quieter countryside zones where tulips are grown in abundance as well. You may explore places like Hillegom and Warmond. The tulip fields present a riot of colors.

You also need to visit the Netherlands at the right time to experience the view of blooming tulips. The season begins at the end of March and goes through May. Also, note that the Keukenhof closes by the end of May.

The tulip fields of the Netherlands are vast and exploring by foot can be tiresome. The best option is renting a bicycle — a form of transportation the country is famous for. You will be able to cover plenty of regions without getting tired and the view of the windmills and tulip fields is mind-blowing.

The Dutch people love their flowers and it is natural that they make festivals based on floral themes. The Bulbflower Parade or Bloemencorso is an annual event that takes place in April. Watching the beautiful daffodils, hyacinths, and tulips is nothing short of a visual treat. The Flower Festival of Aalsmeer is also worth exploring. It was canceled after the pandemic but now things are getting back to normal. Seeing the flower auction in the early morning is a nice experience. Each day approximately two million plants and 19 million flowers are sold.

Tulips and tulip fields did not originate in the Netherlands

Many tourists who explore the stunning and serene tulip fields in the Netherlands wonder how the flower became specific to the country. The flower did not originate in the country, as it is. The origin of tulips is said to be in Central Asia’s Tien Shan mountain range. These plants were exotic and that charmed the Europeans. The plants came to the Netherlands in the 16th century.

The person who introduced tulips to the Netherlands is not known. It is generally believed that the plant was brought to Europe by the efforts of Emperor Ferdinand I’s ambassador Oghier Ghislain de Busbecq. The first major book on tulips was composed by Carolus Clusius. Such was the craze for tulips grown by him that tulips were stolen from his garden several times.

By the 17th century, the Dutch people took a major liking to the flower, and tulip harvests became commonplace in the country. They began harvesting them for both ornamental and commercial purposes. The tales of “tulipmania,” or tulpenmanie, are still well known. The craze reached such a height that at one time, tulips were used as currencies and deemed as precious as gold. In the 17th century, properties were traded for tulip bulbs. This mania did not last forever, but the Dutch love for tulips did not wane much. The Netherlands remains the largest exporter of tulips globally.