A Glimpse Into the Beauty Secrets of Ancient Egypt 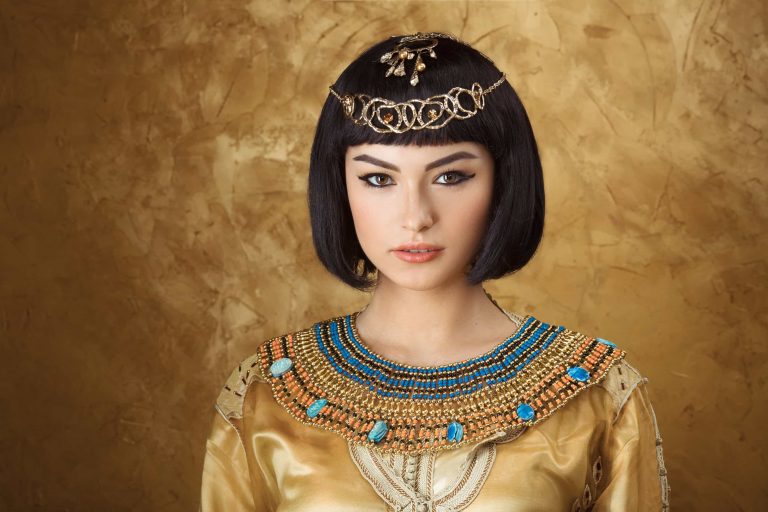 Egypt has always remained a land of mystery and exoticism. Mention ancient Egypt and the images of gigantic pyramids and vast dunes conjure up your mind. The other thing you might think about is the unique beauty of its women and, in particular, Cleopatra.

While the queen of Egypt (51-30 BCE), Cleopatra actively influenced Roman politics at a crucial period and was primarily known for her relationships with Julius Caesar and Mark Antony. As did no other woman of antiquity, she came to represent the prototype of the beautiful romantic femme fatale.

The ancient Egyptians, including Cleopatra, were particular about grooming and skincare, as is evident from the relics and items found in their ruins. The fantastic thing about Egyptian beauty routines is that they are relevant even today.

It was not only the Egyptian high society women who were particular about grooming and looking their best. The Egyptian men also did their part in grooming. The Egyptians paid specific attention to hygiene. The proximity to the river Nile meant constant exposure to sand and dust.

Before applying anything to the skin, it had to be cleaned. They took baths in the river, though aristocratic people used bathtubs in their homes. There were public bathhouses, too, as were found in the ancient city of Tebtunis, dating back to the 3rd century BCE. These bathhouses were laden with wood stoves to heat the water and stone basins to hold the hot water.

The Egyptians made extensive use of soap for cleansing the skin. They made a paste using olive oil, clay, or ash. It served as an exfoliating agent. The Egyptians paid importance to smelling good and used perfumes extensively. They also made use of fragrant plants and flowers. They added these extracts to oil and made liquid perfumes. According to historians, various aromatic woods were also used for this purpose.

Natural ingredients for the skin

The legend of Cleopatra is well known. Whether it is still unclear if the controversial queen bathed in donkey milk or not, it is true that Egyptians indulged in milk bathing to nourish the skin. The Egyptians also used natural hair removal to make skin smooth and radiant.

They used sugar, lemon, and water and made a paste. They also used various skin packs made with natural ingredients to nourish skin and remove dead skin cells. For example, using a pack made with milk and honey was common. The Egyptians used plant oil to keep the skin hydrated and radiant, and also used castor, almond, and Moringa oils.

Kohl for around the eyes

If you look at images of ancient Egyptian men and women, you can’t miss the dark kohl-eyed appeal. Both women and men in ancient Egypt applied kohl around their eyes. They used thin sticks to apply kohl on eyelids. It was not only for aesthetic needs.

The application of kohl acted as a shield from harsh sunlight and prevented flies from getting into the eyes. To ensure the lead salts in kohl do not harm the skin, they filter the substance well before application. They also used burnt almonds to make eyebrows look darker. Women often applied green eye shadow. The Egyptians used natural pigments to paint their body and face parts.

Essential oils for the hair

The Egyptians had glowing skin, but their dark and long tresses drew viewers’ attention. They wanted to keep their hair shiny and smooth as silk. For this, they resorted to the application of almond and castor oils. At several numerous archaeological sites, Fish bone-based combs have been found, and these were used to brush long hair. However, people with hair and scalp woes shave their heads. Ace historians think a section of Egyptians also used hair extensions and wigs.

Dental care was important too

The ancient Egyptians could not undervalue the importance of a smile. So they brushed their teeth regularly with natural toothpaste using reed brushes. This natural toothpaste was made using a blend of mint, salt, iris, pepper, and other ingredients.

Overall, there is no denying that ancient Egyptians paid a lot of importance to grooming and skincare. The ancient era burial sites and tombs in Egypt contained plenty of beauty tools and accessories.