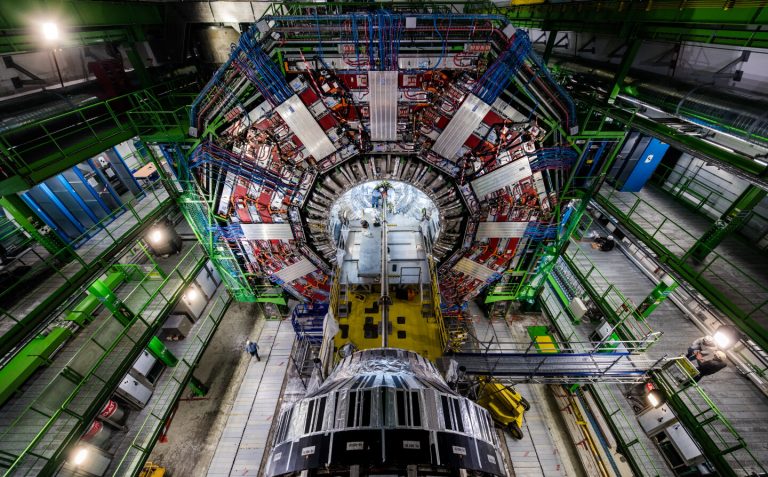 CERN, the European Organization for Nuclear Research, is one of the world’s largest and most respected centers for scientific research. Its Large Hadron Collider (LHC) is nothing short of a marvel of technology. It is the most powerful particle accelerator on the planet and is deemed an asset in high-energy physics experimental research.

It was put into a hiatus at the end of 2018. The LHC is now back to work, even though it may take a while before it reaches its full potential. The superconductor is 16 km long, and it is located underground in Switzerland. The LHC will be put to extensive tests to gather data on the varieties of particles.

The LHC was made operational in September 2008, and after 10 years, it was decommissioned temporarily. This was needed for some essential repairs and upgrades. The repairs resulted in a noticeable energy boost. The Accelerators and Technology director of CERN, Mike Lamont, said:

“The LHC itself has undergone an extensive consolidation program and will now operate at an even higher energy and, thanks to major improvements in the injector complex, it will deliver significantly more data to the upgraded LHC experiments.”

It is yet to be seen how the juiced-up LHC performs.

The LHC is a very powerful particle accelerator, and it smashes atoms together to figure out what they are made of. It has sensitive instruments, and the software is cutting-edge. Once the accelerator gets recharged, CERN would enter its particle physics experiments’ third phase.

When it was put into rest in 2018, the LHC was churning out a massive amount of data on particles that have eluded the scientists for ages. For example, scientists who are keen on utilizing the power of the LHC want to know more about dark matter. They think a huge part of the universe comprises dark energy and dark matter, but these are yet to be understood.

Since it was made operational, the LHC has set a few records and established new limits in the particle physics arena. In 2012, it made headlines after stumbling across the “God Particle,” or the Higgs Boson. Named after an Edinburgh University physicist, the “God Particle” relates to the Big Bang theory. As the LHC roars back to life under the Alps range, scientists eagerly await it to scale up the research in this direction. They want to discover a much-touted fifth force of nature. Modern physics recognizes four natural forces — electromagnetism, gravity, and two nuclear forces.

A miracle of science

Those who have been lucky enough to get a close look at the LHC call it a miracle of science. One of its powerful instruments is the Atlas detector — made with 7,000 tonnes of wiring, metal, silicon, and electronics. It is 25 meters high and 46 meters long. The LHC has three other detectors, and they are used to execute complex experiments. In these gigantic detectors, protons, which are core components of atoms, are crushed. Then, they are accelerated at a speed that nearly equals the speed of light through a circumference ring. The collisions create even smaller particles. The nuances of these smaller particles are then tracked. This trail reveals more about their traits.

While some of the smaller particles created by such collisions are not alien to the scientists, they want to find a few new particles. The hitherto unknown particles may unlock new theories of the universe. This has the potential to revolutionize physics. The LHC has been revamped to generate more particle collisions faster. Dr. Rhodri Jones has played a vital role in the LHC update. Rhodri says:

“We are looking at very rare processes, so the greater the number of collisions, the greater the chance of actually finding what is going on and seeing small anomalies. The improvement in the beam means that for all the physics that we have done since the start of the years the LHC has been in operation, we’ll be able to get the same amount of collisions in the next three years as we did in those ten years.”

The LHC data collection and processing efficiency have also received a boost. The LHC’s software, too, has undergone a revamp, and cutting-edge AI techniques now power it. So it is natural for the CERN researchers to feel optimistic and excited.