Good Character Is the Only Invincible Arrow 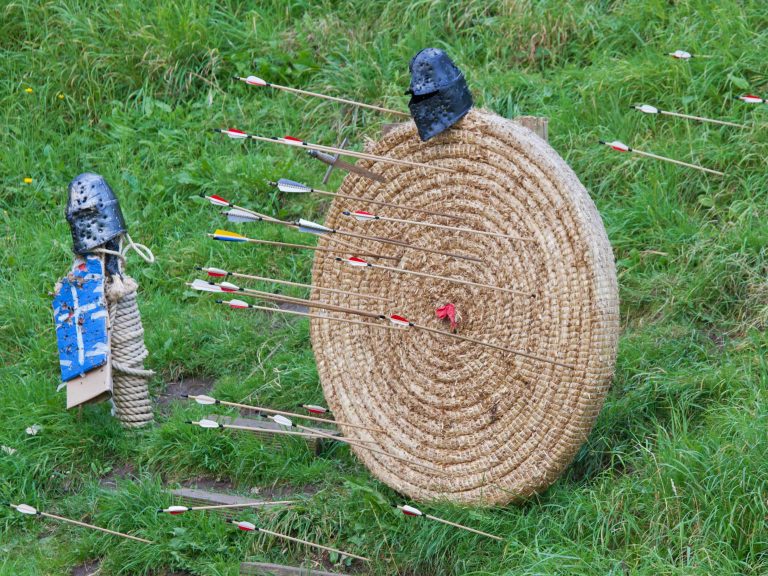 The most important skill for an archer to develop is good character. In ancient times, a man called Gan Ying excelled at archery. As soon as he fitted an arrow to the bow and pulled on the drawstring, beasts became motionless, and birds fell from the sky. When Fei Wei heard about these skills, he came to learn archery from Gan, and after finishing, he seemed to be more accomplished than his teacher due to his good character.

When Fei returned home, his reputation for good archery gradually spread. A man called Ji Chang came to learn archery out of admiration for Fei. In the first lesson, Fei taught him not to blink. So after going home, Ji slept under his wife’s weaving machine, practicing diligently by staring open-eyed at the weaving shuttles. Two years later, his eyelids didn’t blink, even if his eyelashes were brushed with the awl tip. Ji thought that he had finished the assigned homework and went to tell Fei.

However, Fei shook his head and said, “Learning how not to blink is not enough for archery. You must also learn to observe objects. You must see small objects as clearly as you see big ones and see tiny objects as significant ones. You can tell me when you have achieved such a level.”

Back at home, Ji hung a louse with long hair under the window, looking at it every day. It gradually became bigger 10 days later and as big as a wheel three years later. Finally, when he watched other objects, the tiny ones became as big as a huge mountain. So Ji took a bow and an arrow to shoot that louse. As a result, he penetrated through its middle with the first arrow. He reported this to Fei straight away, and Fei happily said: “You have completely grasped and mastered the skills of archery.”

Good character is the only genuine invincible arrow

After acquiring his superb archery skills, Ji intended to be recognized as the undisputed master and so decided to kill Fei to achieve his desire. One day, they came across each other in the wild. Ji shot an arrow at Fei and Fei shot an arrow back. Their arrows collided in mid-air and fell to the ground every time. When Fei’s arrows ran out, Ji still had left one, and he shot it at Fei. When facing the flying arrow, Fei calmly picked up a stalk of grass from the ground to defend himself, successfully pushing the arrow shaft down.

Ji realized that his teacher’s archery level was far superior to his. So he knelt in tears, asking Fei to forgive him. Fei also knelt with tears in his eyes. Finally, they agreed to get on with their father-son relationship, form an alliance, and keep it friendly forever. Good character is the only genuine invincible arrow!