Pioneering Mountain Climber Made Films to Show Why She Loved Skiing 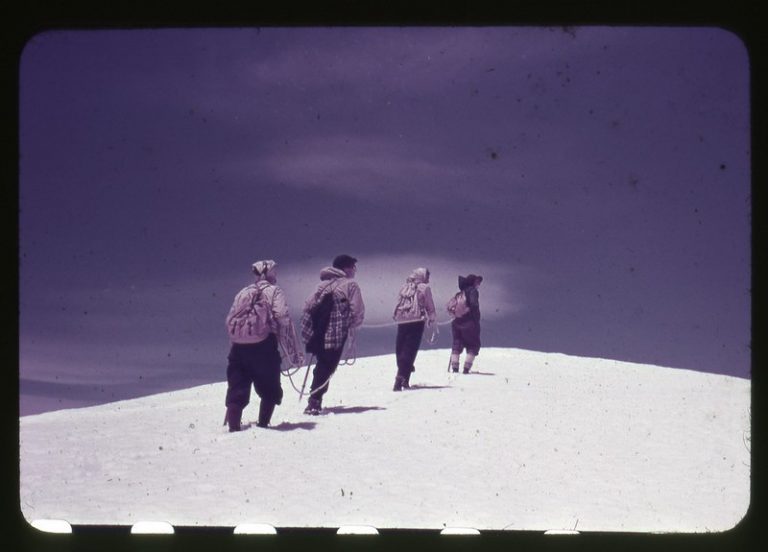 Mountain climbing and skiing are adventure sports and these are certainly not meant for the faint of heart. The general perception about such sports is that they are mostly meant for men. However, this is an age-old stereotype. There are a handful of brave and talented women who have defied the odds and proved their mettle in such adventure activities, on par with their male counterparts. One of these female achievers is Christine L. Reid. Not only did she climb the top challenging mountains, but she also excelled in skiing and managed to film her amazing feats, too. She did all these in the 1930s, before WWII at a time when women indulging in such activities was almost unheard of.

An early female pioneer in filming her skiing and climbing feats

Reid started as an amateur climber and skier but quickly developed skills to conquer many famous peaks in her 20s and 30s. She did not stop there and filmed her skiing and climbing feats to showcase them. It was a time when films were getting traction with the Americans. Luckily, Reid was born in an open-minded and wealthy family in Boston. She managed to indulge in her hobbies and tied the knot at 35.

Conquering the steep rocky mountain peaks was her primary interest. She climbed Mount Columbia in 1938. In fact, she became the first-ever woman to achieve that feat. Later, she found skiing interesting too and started filming her outdoor sports activities with great zeal and passion. Her films are now included in a yesteryear’s film digitization project named “The Woman Behind the Camera.” Now that more people are learning about her feats, light is being shed on the role of women in adventure sports in the bygone era.

Reid was among the handful of women in the pre-WWII era who dared to venture into filmmaking – a genre that was predominantly male-centric at that time. Her contemporaries included the likes of Anna B. Harris, Dorothy Stebbins Bowles, and Mary Dewson. The films documented by Reid and her peers are important from a historic angle. Northeast Historic Film’s vault manager Karin Carlson-Snider says not only did these women make a foray into a male-centric arena but they documented what they considered as important.

Reid climbed the first major mountain peak of her life in 1929, when she was a 20-something lady. It was Canada’s Assiniboine, also known as Matterhorn of the Rockies. That gave her a thrill which only grew stronger later. She climbed almost all major peaks in the Pennine Alps in Italy and Switzerland. It is true that she had guides, but at that time few women ventured into these sports at all.

Reid had no intention to become a filmmaker at the beginning but the instinct to record the memories of her adventures made her into one. Her films were not only meant for enjoyment with family but some of these were education-oriented. One ski film that was shot in Europe covers the beginner’s skills in skiing. She made a similar film covering nuances of mountain climbing and it was quite detailed. The alpine backdrop makes some of her films look rather dramatic. Her family also shared her love for exploring and adventures. Her brothers Patrick and Charles made several boating and road trips and filmed those trips too.

Christine managed to excel as a filmmaker apart from being an ace climber. In the 1930s, filming technologies were not as advanced as they are today and shooting outdoors in high altitudes and under changing lighting conditions was anything but easy. Her first few films cover trips with family. Subsequent films came out as more polished. Some of the films made by her were later given to the New England Ski Museum.