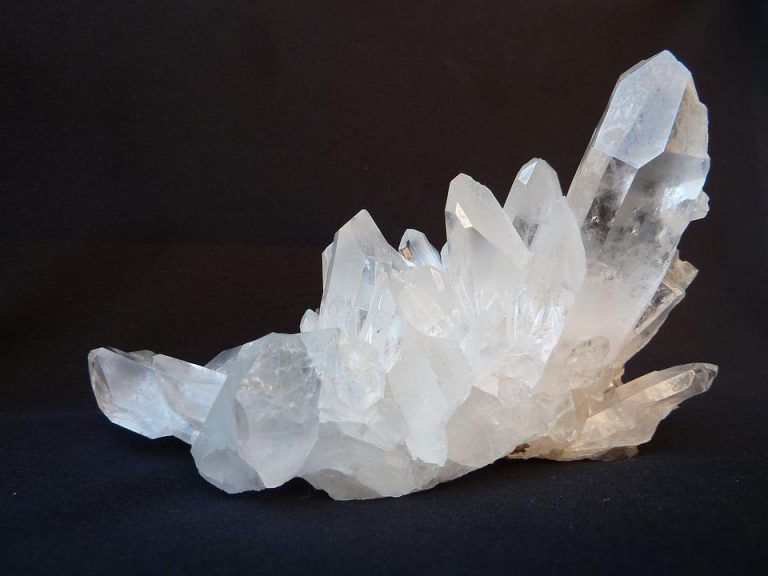 As physicists delve deeper into the quantum realm, they are discovering an infinitesimally small world composed of a strange and surprising array of links, knots, and winding. Some quantum materials exhibit magnetic whirls called skyrmions — unique configurations described as “subatomic hurricanes.” Others host a form of superconductivity that twists into vortices.

Now, in an article published in Nature, a Princeton-led team of physicists has discovered that electrons in quantum matter can link with one another in strange new ways. The work brings together ideas in three areas of science – condensed matter physics, topology, and knot theory – in a new way, raising unexpected questions about the quantum properties of electronic systems.

Topology is the branch of theoretical mathematics that studies geometric properties that can be deformed but not intrinsically changed. Topological quantum states first came to the public’s attention in 2016 when three scientists, including Duncan Haldane, who is Princeton’s Thomas D. Jones Professor of Mathematical Physics and Sherman Fairchild University Professor of Physics, were awarded the Nobel Prize for their theoretical prediction of topology in electronic materials.

Since that time, researchers have sought to expand this area of research to create a deeper understanding of quantum mechanics, such as in the field of “quantum topology,” which seeks to explain an electron’s state as described by a property called its wave function. This was the catalyst that led to the current research, said M. Zahid Hasan, the Eugene Higgins Professor of Physics at Princeton University and the senior author of the study. Hasan said:

“We’re studying properties related to the shape of the wave functions of electrons. And we have now taken the field to a new frontier.”

The essential building block of this new frontier is a quantum mechanical structure known as a Weyl loop, which involves the winding of massless electron wave functions in a crystal. In previous groundbreaking work, published in Science in 2019, the massless Weyl loops were discovered in a compound composed of cobalt, manganese, and gallium, with the chemical formula Co2MnGa. This research was led by Hasan and included many of the authors of the new study. At that time, they understood that the massless Weyl loops produce exotic behaviors under applied electric and magnetic fields. These behaviors persisted up to room temperature. By itself, a Weyl loop is an example of the kind of quantum wave function winding that is already well known. Hasan, who led the current research, said:

“Previous examples of topology in physics often involved the winding of quantum mechanical wave functions. These have been the focus of the physics community for at least the past decade.”

These ideas are derived from the team’s earlier works on crystals made from rhodium and silicon (RhSi), as well as materials called Chern magnets made from the elements terbium, magnesium, and tin (TbMn6Sn6). Both of those discoveries were led by Professor Hasan’s group and reported in Nature in 2019 and then in Nature in 2020. However, the case of Co2MnGa turned out to be different from wave function winding considered in conventional topological theories. “Here instead we have linked loops — our newly discovered knotted topology is of a different nature and gives rise to different mathematical linking numbers,” said Tyler Cochran, a graduate student in Princeton’s Department of Physics and co-author of the new study.

The Co2MnGa materials were grown by Professor Claudia Felser and her team at the Max Planck Institute for Chemical Physics of Solids in Germany. An essential insight came when the Princeton team calculated and understood that certain quantum materials such as CO2MnGa could host multiple Weyl loops at the same time. “When multiple Weyl loops co-exist, it becomes natural to ask whether they can link up and knot in certain ways,” Hasan said. This realization by Hasan’s team sparked fundamental questions about linked Weyl loops and brought together a team of experts from around the world in photoemission spectroscopy, mathematical topology, quantum material synthesis, and first-principles quantum calculations to more deeply understand link topology and knotting in quantum matter.

To observe the link experimentally, the international team collaborated for more than five years to expand on their earlier works on topological magnets. The team performed advanced photoemission spectroscopy experiments at cutting-edge synchrotron radiation facilities in the United States, Switzerland, Japan, and Sweden. Ilya Belopolski, lead author of the study, formerly a graduate student in Hasan’s lab at Princeton University and now a postdoctoral researcher at the RIKEN Center for Emergent Matter Science near Tokyo, Japan said:

“It turned out to be a fascinating puzzle that kept us hooked for a while. Unraveling the intricacies of this elaborate linked quantum structure itself required more than three years of high-precision and ultra-high-resolution measurements at the world’s leading spectroscopic facilities.”

Analysis of the experimental data revealed a counterintuitive object folded in on itself and wrapping across a higher-dimensional torus. “Understanding the object’s structure required a new bridge between quantum mechanics, mathematical topology, and knot theory,” said Guoqing Chang, an author of the study who is now an assistant professor of physics at Nanyang Technological University in Singapore. While a former postdoctoral researcher working with Hasan at Princeton, Chang led one of the early theoretical studies of link topology in 2017 in a pioneering work in Physical Review Letters. In fact, the research team found that the existing quantum theory of materials was unable to adequately explain the emergence of this structure. But knot theory, they recognized, might hold some clues, Hasan said:

“We came to realize that some aspects of knot theory are very powerful in explaining quantum properties of topological materials that were not understood before. This is the first example that we know of where knot theory has been applied to understand the behavior of topological magnets. And this a very exciting!”

The findings continue and extend the decades-long conversation between physics and topology, this time bringing in new mathematical ideas to explain experiments on quantum ferromagnets, Hasan said:

“Historically, some of the most important scientific discoveries arose when humans noticed new connections between mathematics and natural phenomena. It’s always exciting to find unexpected examples of subtle mathematics in our experiments. Even more so, it was interesting that the mathematical connection was in the field of topology, which has continued to emerge time and again in different guises in the study of quantum materials.”

The researchers intend to expand their research in multiple directions. Although Hasan and his team focused their efforts on the behavior of topological magnets, they contend that the theory has the potential of helping to explain other quantum behaviors. “We believe that knot theory can also be applied to many other topological conductors, superconductors, qubits, and many other things,” he said. And although the researchers were not thinking about practical applications — “We were involved in fundamental research,” emphasized Hasan — their insights might help in the development of quantum computing, especially in developing new types of topological qubits.

Provided by Princeton University [Note: Materials may be edited for content and length.]