Miracle Weapon of the Ancient Aryans: Archaeologists Reconstruct a Compound Bow from the Time of Arkaim 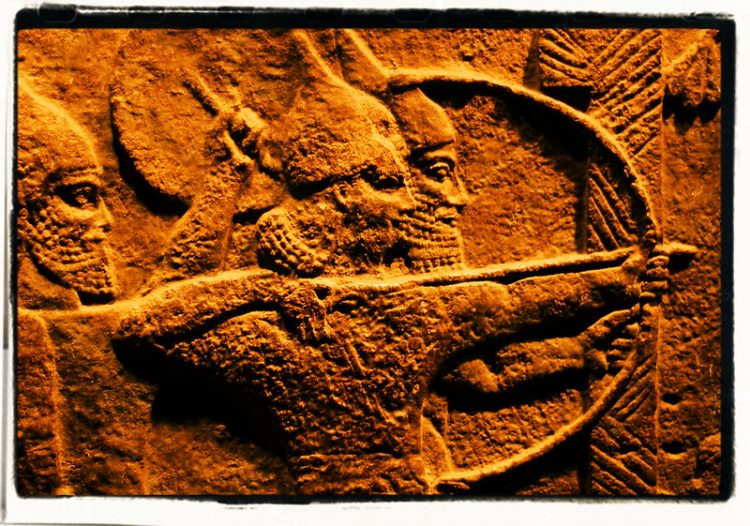 A unique compound bow from the Bronze Age nearly two meters tall was reconstructed from authentic materials by SUSU specialists as part of an international team. This weapon had the greatest accuracy, shooting distance, and killing power of its time. Reconstructing objects according to archaeological data is one of the most important fields of modern historical science, specialists noted. By reconstructing artifacts of the past based on indirect data, scientists are able to better understand the technology and everyday life of their ancestors.

The researchers from South Ural State University reconstructed the 4,000-year-old compound bow in a unique experiment. The foundation of the reconstruction was horn parts found in three burial complexes of the Sintashta people, an ancient Indo-Iranian tribe. They were located in the Southern Urals at the turn of the 3rd and 2nd millennia B.C., to which the famous Arkaim can be dated. The penetration ability of this type of compound bow was so high that it could pierce even bone and horn plate armor, the scientists told us.

This compound bow was likely an elite weapon of a chariot warrior, but could also be used by aristocrats to hunt large animals. The asymmetric shape of the compound bow, compensated by the balance of the horn parts, may have given the lower arm of the weapon special combat ergonomics, allowing it to be fired from the body of a war vehicle, experts believe. Ivan Semyan, Head of the SUSU Laboratory of Experimental Archaeology, said:

“The Sintashta bow, in our opinion, is a compound long bow with a number of special parts to enhance mechanics and expand functionality. Tests and simulations showed that the effective shooting of large Sintashta arrows required a bow tension of more than 28 kilograms, versus just 25 kilograms for a modern Olympic bow for men. The result of our experiment was a bow 187 cm long with 29.03 kg of tension. It can be used for target shooting at a distance of about 80 meters.”

These compound bows were the most powerful and accurate in antiquity

According to archaeologists, these compound bows are the most powerful and accurate distance weapons of antiquity. Reconstruction of this technology allows us to assert that they were difficult to manufacture and required specialization of labor. The wooden and horn parts of the bow were likely created by different craftsmen. The original compound bow elements found by archaeologists show a high quality of grinding and polishing. Horn parts are complex in shape and require many hours of drilling, sawing, cutting, and grinding with bronze tools, the scientists explained. Also, the creation of a quiver set, for example, required at least three specialists: a caster, a flint-splitter, and a bone carver. Ivan Semyan said:

“It was extremely important for us to strictly adhere to three principles: to use authentic materials, authentic technologies, and not to exceed the level of technical thought of the ancient masters. Therefore, only four materials were used: wood, horn, bone glue, and sinew. In total, we tested four versions of the design: two from our colleagues and two of our own.”

The results of the experimental shooting proved the high quality of the compound bow created by the SUSU specialists, the scientists noted. During the tests, the bow showed high mechanical power with stable repeatability (over 300 shots), as well as the complete absence of destructive vibrations in the design. The most exotic detail found during the excavations was a hypothetical “arrow shelf” consisting of two slats, the experts noted. The team of experts concluded that the lower bar was used when shooting with the compound bow at a distance of under 20 meters, and the upper bar was used when working on targets at a greater distance, which required the arrow to be lifted.

Provided by South Ural State University [Note: Materials may be edited for content and length.]