Groundhog Day: A Journey of Growth and Transformation (Part 1) 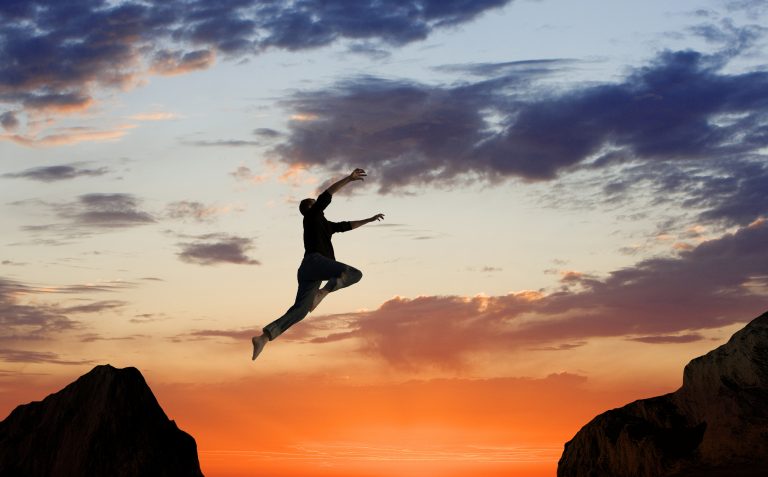 It may appear to be just another Bill Murray comedy. Still, the movie Groundhog Day is filled with some surprisingly deep messages — so much so that it has inspired philosophical discussions, and even college courses, on the meaning of life. Written by Danny Rubin and directed by Harold Ramis, this 1993 movie also sparked the interest of religious circles with its universal themes.

According to Ramis: “At first, I would get mail saying, ‘Oh, you must be a Christian, because the movie so beautifully expresses Christian belief.’ Then rabbis started calling from all over, saying they preached the film as their next sermon. And the Buddhists! I knew they loved it because my mother-in-law has lived in a Buddhist meditation center for 30 years, and my wife lived there for five years.” (The New York Times).

So why has Groundhog Day resonated with so many? Maybe it’s that we get a glimpse of another human being uncovering the true meaning of life while, at the same time, showing us that the path to true salvation lies in letting go of our selfishness and honestly thinking of others, something we instinctively know to be true.

Living the same day over and over became a reality for Phil Connors, a self-centered weatherman with a desire to get ahead.

Phil begrudgingly heads to the small town of Punxsutawney, Pennsylvania, where, along with his producer Rita and cameraman Larry, to cover the February 2 event of Groundhog Day. Phil believes the people of Punxsutawney to be simple-minded and pathetic and the event to be ridiculous and beneath him. After half-heartedly covering the event, he’s eager to escape the small town but finds himself trapped by a snowstorm.

The following day, Phil awakens to the sound of his clock radio playing the same program and the same people walking to Gobbler’s Knob. Confused, Phil heads down the stairs of his bed-and-breakfast only to discover that everyone he encounters is saying and doing the same thing as the previous day.

As the day, and, ultimately, days, wear on, Phil discovers that he’s trapped, reliving the same day endlessly, in a sort of supernatural time loop. He goes through a range of emotions, attitudes, and understandings. It’s as if he’s going through mini reincarnations of himself; only he can remember each one clearly.

Initially, he’s rude, cynical, and arrogant. He thinks only of himself and takes advantage of others without giving it a second thought. He realizes no consequences for his actions; he happily indulges himself. He attempts to satisfy his desires, from stealing money to seducing women to gorging on junk food.

But these desires eventually lose their appeal. Bored, he begins to fear that he may never escape his fate.

He becomes angry, depressed, and frustrated with no hope in sight. Despondent, he tries to kill himself — in every way he thinks. But no matter what, Phil awakens to the same radio host, saying the same thing every morning. “OK, campers, rise and shine, and don’t forget your booties ’cause it’s cold out there.”

For Phil, it’s cold every single day. Phil has been trapped for years, possibly decades. Through it all, he tries to win over his producer Rita, a sweet, kind, and generous person. But, unfortunately, she is everything Phil is not. At first, Phil uses manipulation and deceit to seduce her, but she sees his true intentions, and he never succeeds.

Finally, in desperation, he confesses his plight to her. After spending the day with him, Rita has her take on things, “Sometimes I wish I had a thousand lifetimes. I don’t know, Phil. Maybe it’s not a curse. It just depends on how you look at it.”

And suddenly, a lightbulb goes off.

Phil begins to see his situation as an opportunity. He becomes sincere as a reporter, an accomplished pianist, learns to speak fluent French, and even becomes a master ice sculptor. He starts thinking of others, and his daily routine is laid out by a series of people he saves from tragedy: an elderly homeless man freezing in the cold, a boy falling from a tree, and the town’s mayor choking at a restaurant. And as Phil changes, he begins to care for Rita genuinely.

A look at the shadow

It’s no accident that Phil shares a name with the groundhog. And while the groundhog has a minimal personal story, it’s known above all else for one thing — hiding from its shadow. It’s something many of us do.

This shadow symbolizes the hidden part of ourselves that we don’t want others to see, that we may try to ignore or even be hidden from us. It’s the thing we may flee by watching television, drinking, or keeping ourselves so busy we are never alone with our thoughts. However, seeing our shadow offers an opportunity for transformation, and therein lies our hope. By uncovering and acknowledging our shadow, we can change the unwanted parts of ourselves.

When we look inside ourselves and examine our underlying motivation, we may find that we are full of things that don’t align with who we genuinely want to be.

For example, is our motive for helping another person genuine and pure? Are we doing it because we want to be viewed positively or be rewarded somehow? Perhaps, our motivation is to make things easier and more comfortable for ourselves.

These things can be hard to distinguish as, on the surface, we appear to be doing something good; we may be full of underlying intentions meant to serve ourselves. Self-deceit is often the hardest to recognize.