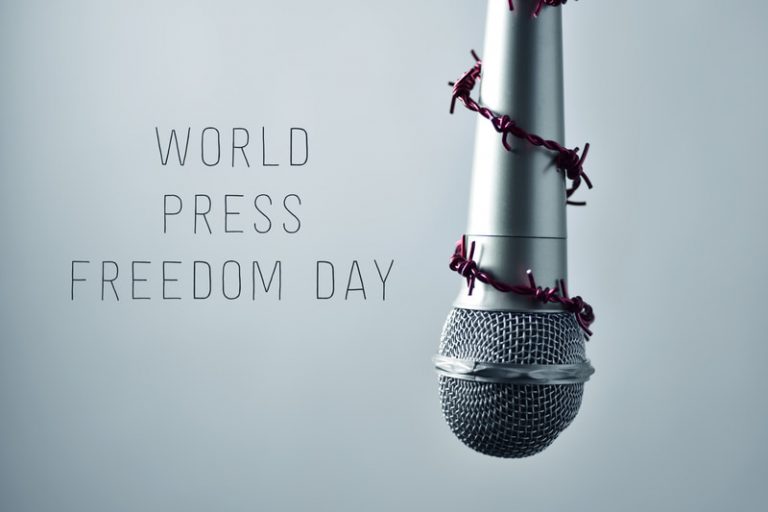 China continues to hold the record for having the highest number of imprisoned journalists of any country in the world. (Image: Juan Moyano via Dreamstime)

In the last couple of years, the diplomatic relations between China and the U.S. have reached an all-time low. While Washington has slammed Beijing for its human rights violations and acts of aggression toward neighboring countries, the Chinese government-controlled press outlets have been continually denying that these things have been taking place.

However, it seems the U.S. government is still not in the mood to relent. In a recent development, Antony Blinken, the U.S. Secretary of State, lambasted the Chinese Communist Party (CCP) for its attempt to silence the press. He was speaking on World Press Freedom Day and he accused the Chinese government of deploying its censorship of the press in adjacent Hong Kong as well.

Mr. Blinken said it is very important to ensure that journalists can work without being worried about government policies and actions. He slammed the CCP, saying: “Two hundred and ninety-three journalists were behind bars at the end of 2021. That’s a new annual record, and this is according to the Committee to Protect Journalists. The PRC [People’s Republic of China] continues to hold the highest number, imprisoning some 50 journalists, including eight from Hong Kong,” (Independent).

The Chinese government uses technology to thwart freedom of the press

Blinken accused the Chinese government of misusing technology to thwart freedom of the press while increasing surveillance, harassment, intimidation, and censorship of its citizens, including activists and journalists.

Mr. Blinken expressed his worry that the Chinese government is now extending its dictatorial control over Hong Kong. Some journalists from Hong Kong have been detained and the development has led to widespread protests from various circles.

He added: “At the same time, we have a total imbalance because these very same leaders in Beijing are using the free and open media — that we ensure that are protected in democratic systems — to spread propaganda, to spread disinformation. And ultimately, that’s an unsustainable proposition. Now, it also appears that they are further using these systems to stalk, harass, to threaten critics who are outside the PRC’s territory.” As expected, the Chinese government-controlled media outlets and their spokespersons have denied undertaking any such actions.

Blinken’s remarks come after U.S. prosecutors slapped charges on five people said to be acting on behalf of the Chinese government who were engaged in acts meant to silence individuals, including a congressional candidate and an Olympic figure skater, in order to stamp out dissenting voices.

Mr. Blinken stopped short of mentioning any mainland Chinese or Hong Kong journalists by name in his speech, but his view was clear. He also protested against the high-handed acts of the Chinese government that forced Hong Kong’s popular news outlet, Stand News, to cease operations late last year. Even the UK government, which used to rule Hong Kong until a few decades back, is not supportive of the stance taken by the Chinese government. They have been highly critical of the National Security Law set up by the CCP to curb democratic rights and press freedom.