How Much Do Young Chinese Know About the Tiananmen Square Massacre? 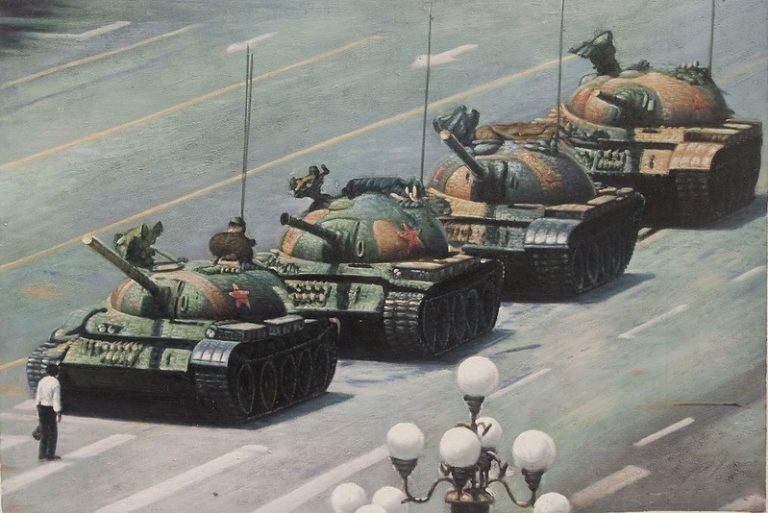 Voice of America (VOA) reported that the Tiananmen Square Massacre of 1989 is still a sensitive subject in China. Recently, the VOA in Washington interviewed several young Chinese to find out what June 4 means to them.

Su, a young woman from Mongolia, has a master’s degree and currently works in the Southern Mongolian Human Rights Information Center in the Washington Liaison Office. She says that no one talked about the Tiananmen Square Massacre when she was growing up in China. However, occasionally she heard a few things said about it.

After she came to the United States, she watched a 3-hour documentary film about the Tiananmen Square Massacre on YouTube. She cried and was very sad about what had happened.

Chen is 19 and the daughter of a June 4 eyewitness. She came to the United States five years ago. In the United States, she met many people who had witnessed the June 4 incident, but she rarely talked to other young Chinese students about it. This is mainly because today’s younger generation has been brainwashed, does not care about politics, and only cares about learning.

Gong came to the U.S. with his parents when he was 12. He senses that his friends deliberately avoid the June 4 incident, for it is a sensitive topic.

For 20-year-old Zhang, she is the daughter of a June 4 eyewitness. Her father was sentenced to two years in prison for being a participant. She said some students agree with the government and call June 4 a riot and that the government’s repression was for a good reason.

In fact, since the June 4 incident, China’s younger generation, especially students, interest in political participation and their pursuit of democracy and freedom has plummeted.

In this regard, Su believes that after the June 4 incident, the Chinese authorities have stepped up political control. As a result, the younger generation of Chinese now enjoys less political freedom compared to 1989. However, she says that these students still had the freedom to express themselves without immediate repression back then.

But now, the Chinese authorities will not allow you to voice anything differently from them. Meanwhile, the terrible outcome for students from the June 4 Tiananmen Square Massacre scares many young people. Su doubts that any young man dares to be that courageous.

Gong also believes that the June 4 incident makes young people less likely to fight and more likely to be cautious.