The Legend of Cnidium, or Snake’s Bed Seeds 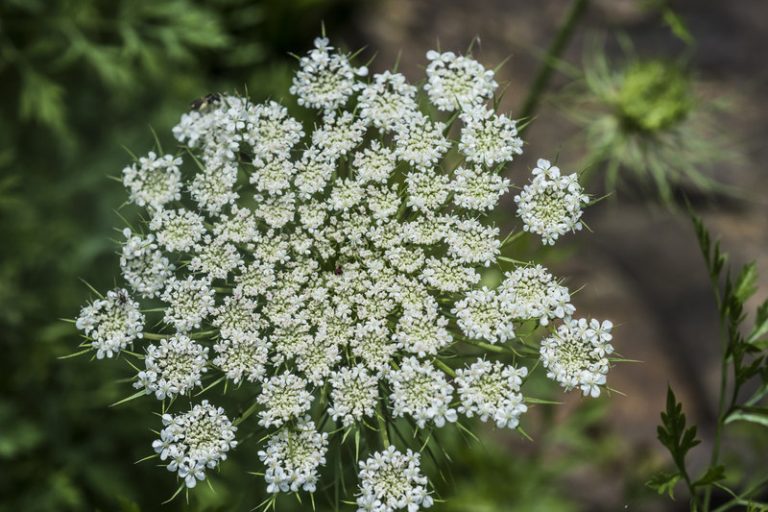 The cnidium herb grows throughout China, and its seeds are used in traditional Chinese medicine for skin ailments and as a natural libido booster. (Image: Xiao Rong X via Dreamstime)

The cnidium herb grows throughout China, and its seeds are used in traditional Chinese medicine for skin ailments and as a natural libido booster. It is known in China as she chuang zi, which translates into snake’s bed seeds.

Cnidium seeds are commonly used to treat itchy skin, rashes, eczema, and ringworm. Grinding the seeds with water into a paste and applying it to the skin is the method used to treat these ailments.

Cnidium seeds can also be taken internally to treat vaginal discharges and increase sexual potency, and when combined with cuscuta and schisandra herbs, the combination can be used to treat infertility and impotence.

How did this herb obtain did the unusual name of “snake’s bed seeds”?

According to an ancient Chinese legend, a strange skin disease afflicted a small village causing the inhabitants to feel itchy and to suffer from boils. Local herbalists knew of a herb on a small island offshore that could cure the disease. However, there were many poisonous snakes on the island that were attracted to this herb, which made its collection extremely risky.

One day, a young man who didn’t want to see his family continue to suffer, decided to risk venturing to the island to seek out the herb. He rowed a small boat to the island, but sadly, he never returned. A few months later, another young man decided to make the crossing, but he met the same fate.

The villagers were downcast about the situation, and they almost gave up hope until a third young man stepped forward and volunteered to make yet another journey to the island.

However, instead of going straight to the island, this young man went to a seaside temple where he had heard of a nun who was an expert at controlling snakes. He found the nun who told him that poisonous snakes were repelled by wine. She then gave him a bottle of wine to take with him on his journey.

When he arrived at the island, he found that it was indeed full of snakes. However, when he poured the wine over the ground as he walked, the snakes slithered away.

When he came to a grove, he saw the herb he was looking for, but he also saw that there were many snakes lying around the herb. He needed to remove the snakes, and he did this by sprinkling the wine around the plants.

The young man gathered up as much of the herb as he could find and returned to the village. The herb was administered to villagers who were subsequently cured of their disease. Seeing the results, the young man named the herb “snake’s bed seeds.”