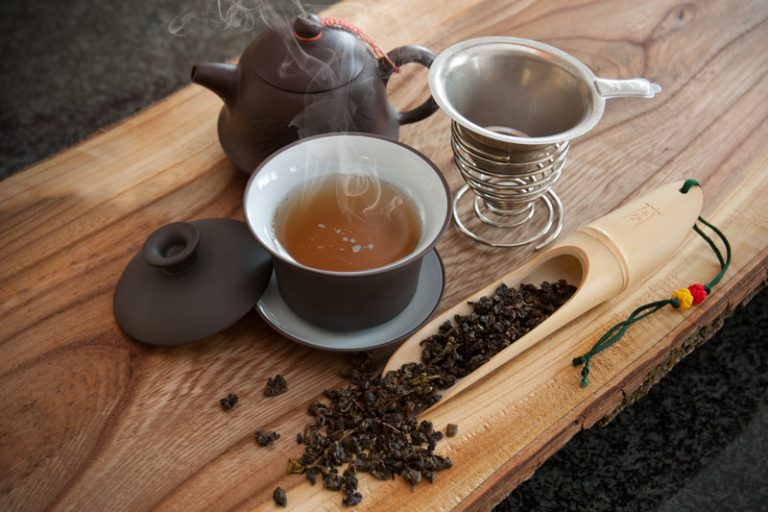 There are some precautions you need to be aware of before drinking tea, so that you do not end up damaging your health. (Image: Guido Vrola via Dreamstime)

There was once a small tea house in Beijing during the Song Dynasty whose business was very prosperous.

One day, a man named Li visited the tea house with one of his old friends, and because it was very hot, Li took off his overcoat and put a small bag of gold on the table. However, he forgot to take the items with him when he left the tea house. When Li realized he had forgotten his gold, he was very upset. He thought that it would be impossible to find it, as there were many people in the tea house on that day, so he didn’t bother to return to look for it.

Several years later, Li visited the same tea house and casually mentioned to the owner that he had lost something when he last visited. The tea house owner thought for a moment and asked Li: “Did you sit in this seat with a sweater on that day?” Li said: “Yes.” Then the boss asked: “Was your friend in a fur coat?” Li again replied yes.

“I found the bag that you lost and tried to catch up with you, but I wasn’t able to find you. I put it in a safe place and waited for you to return, but you never did. I didn’t open the bag. I just thought that a heavy small bag must contain gold or silver. If you can tell me the correct amount of the gold in the bag, you can have it back.”

Li replied: “If you have the gold, I would like to share half of it with you.” The owner smiled without answering.

The tea house owner had saved the bag he found

The owner brought Li to a shed behind the tea house where he stored many personal items, such as umbrellas, shoes, and clothing. Each item had a small tag noting the date and time that the item was found, and a short description of the owner. If the owner of the tea house could not recall the owner, he simply wrote “unknown” on the tag. In the corner of the shed, the owner found a small bag with a date, time, and description that matched Li.

The owner checked with Li about the amount of gold in the bag. When Li answered correctly, he returned the small bag of gold to him.

Li was very grateful for what the owner had done, and started to count out half of the gold to share with him as he had promised, but the owner stopped him, saying:

“We are all taught to be a good person. If I cared too much about money, I would have kept your gold for myself, and you wouldn’t have been able to do anything about it. The reason why I did not do it was because I would be ashamed to keep such a lie in my heart.”

Knowing the owner would not accept the gold, Li invited him to dinner, but the owner politely refused his offer with a smile.