Organ Harvesting in China: Foreigners Represent 1 out of 5 Transplant Recipients 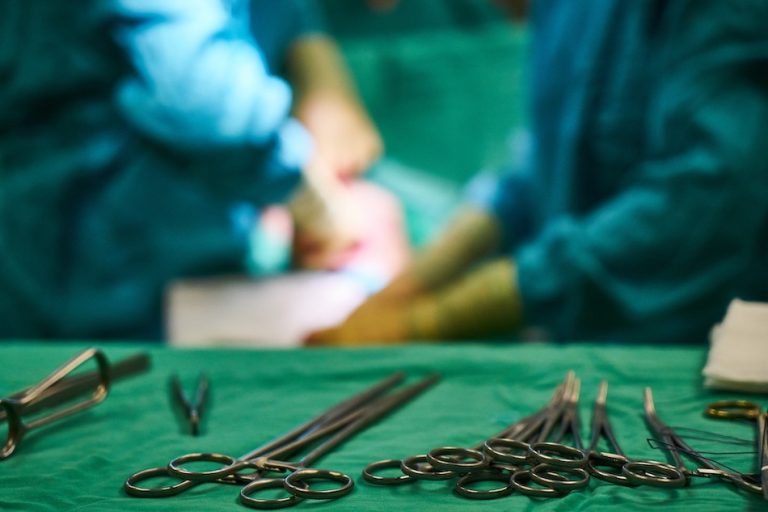 Organ harvesting supplies a state-run transplant industry where one out of five transplant recipients is believed to be from overseas. (Image: via Pixabay)

According to a leading expert on the issue, prisoners of conscience are murdered on demand for their organs in China. Organ harvesting supplies a state-run transplant industry where one out of five transplant recipients is believed to be from overseas.

It is estimated that foreigners are the recipients of 1 out of 5 of the 60,000 to 100,000 organ transplants performed in China each year, investigative journalist Ethan Gutmann told a Q&A session at the Foreign Correspondent Club in Thailand.

Most foreign organ harvesting recipients are from Asia

The majority of the foreign organ tourists come from the Asian region, Gutmann said via Skype following the club’s screening of Hard to Believe, an award-winning documentary on organ harvesting in China shown on PBS.

“Based on what they do know — the most number of foreign organ tourists [to China] is from Japan,” Gutmann said, adding that South Koreans were the second highest.

“There’s a lot of wealth and there is an aging population and very long waiting lists in these countries as well.”

The Taiwanese used to be the most significant number of foreigners going to China for a transplant until their government made it illegal in 2015 due to ongoing reports of organ harvesting, including Gutmann’s book The Slaughter, published in 2014.

There is no waiting period in China, unlike in other countries with a voluntary donation system, because the Chinese transplant industry uses a reverse matching system. The source of the organs comes primarily from prisoners of conscience — mainly Falun Gong practitioners — who have been killed on demand, says Gutmann and others.

Gutmann said that foreigners pay at least ten times more than a Chinese person does for an organ transplant in China. “Sometimes much more, especially for the Japanese; they are very poor bargainers in this area, and we have cases where people have paid a million, half a million dollars for a liver,” he said.

He said a foreign organ tourist could probably get a transplant done within two weeks to a month, adding that this is not the case for the Chinese.

“I have talked to several Chinese people who paid the Chinese price and they had to wait six months,” Gutmann said. As way of an explanation, he said that for these operations that cost much less, they would kill the unwilling ‘donor’ and harvest multiple organs for multiple recipients.

“That is what the waiting period is about — they are lining up the tissue match so they can do this all simultaneously and that takes time,” he said.

But Gutmann pointed out that his research has never been focused on organ tourism. Instead, the main thrust of his efforts, such as prominent Canadians David Kilgour, a former Canadian Secretary of State (Asia-Pacific), and David Matas, a respected human rights lawyer, has been where the Chinese state sources the organs from.

“I think that is the really important question,” Gutmann said.

“I’m really interested in the victims here; these are hundreds of thousands of people. They had lives too,” he said.

“This is what I try and document in my book. These are quite real people, sometimes the best of their culture. They are incredibly brave or interesting or so forth.”

In June, Gutmann and the two Canadians released a new report titled Bloody Harvest/The Slaughter: An Update, where they found that organ harvesting in China is much worse than previously thought.

Instead of 10,000 organ transplants being done per year, as quoted by Chinese officials, the new report says that around 60,000 to 100,000 transplants are performed per year in China.

The main target for organ harvesting, the report said, is the Chinese who practice Falun Gong, self-discipline based on meditation and slow-moving exercises, and three main principles: Truthfulness-Compassion-Tolerance.

Falun Gong practitioners have been persecuted in China by the state since 1999, after which a sharp rise in the number of transplants in the country has been observed. However, to a lesser extent, Uyghurs, Tibetans, and Christians have also been killed to obtain organs for transplants, say researchers.

Despite the amount of money involved — especially for foreign transplant tourists — Gutmann said that what is occurring in China is not just about money. In his opinion, it is mainly a political issue. The communist state wants to get rid of certain groups.

“Money is a great inducement that could be described as the engine for it, keeps it going, makes sure it happens,” Gutmann said.

See Gutmann talk about the Bloody Harvest/The Slaughter: An Update report in this video from The International Coalition to End Organ Pillaging in China: