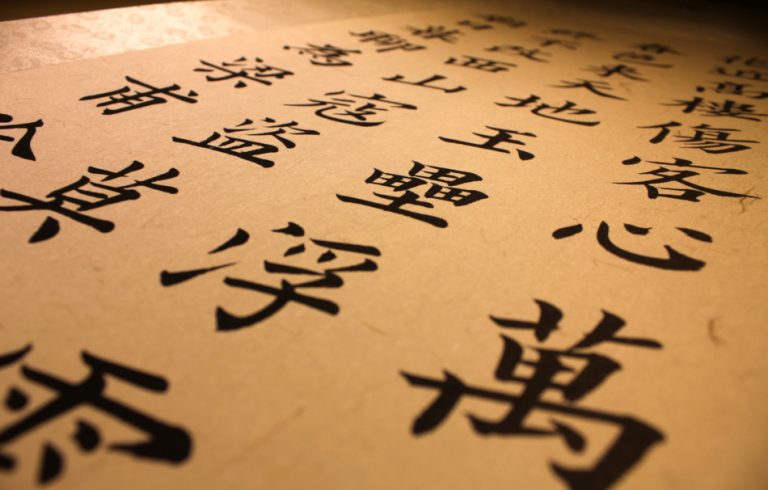 In China’s Commercial Press’s sixth edition of the Modern Chinese Dictionary, 239 English words, including “NBA,” have been added. After its publication, 100 scholars reported that this dictionary violates long-established Chinese language rules.

From the structure of a character, one can see its true meaning. Because traditional Chinese writing is deeply embedded in Chinese culture, the way its characters are written represents morality and appropriate behavior.

“If the connotation of the vocabulary is still there, those foreign words won’t cause conflict to the Chinese language; they are only communicative terms in people’s daily lives.”

Zhang Tianliang added that the Chinese language has some “divinely inspired terms” related to the spiritual dimension, such as realm, enlightenment, etc., which carry the connotation of divine culture.

“Chinese people have a culture of communicating with God, a deep connotation of their origin, which stems from a high source. The term for ‘heavenly dynasty’ carries such spiritual meaning. Due to the CCP’s linguistic changes, the word ‘heavenly’ has become a derogatory word to describe the Communist Party. It is a rather terrible deviation.”

Zhang Tianliang said that many Chinese words have mutated into something different from their original orthodox meanings under the influence of Party culture. He points out:

“The word ‘greatness’ is a good word, but it has been distorted and used to praise the Chinese Communist Party (CCP) instead. Thus, it adds a connotation of Party culture. This is an example of the CCP abusing Chinese traditional culture.”

According to Confucius, a gentleman is agreeable yet unique, and he constitutes the harmony between Heaven and Earth. This is the real meaning of harmony. But unfortunately, the definition of harmony today through simplified Chinese characters is “arresting people and silencing them” by the CCP.

Simplifying characters damages traditional Chinese characters beyond recognition, and by allowing the CCP to do this, they will indeed ruin 5,000 years of Chinese culture. Scholars believe that Chinese characters carry China’s cultural connotations and ethics. These characters are in the soul of every Chinese person. Therefore, the nation must maintain its personality through its characters.