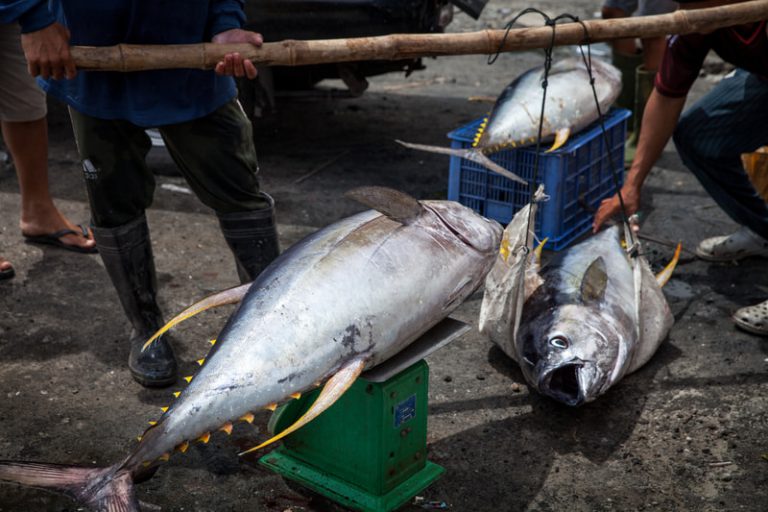 The massive illegal fishing carried out by vessels backed by China has resulted in a food security threat in the Indo-Pacific region. (Image: Cocosbounty via Dreamstime)

In recent years, governments of various countries have become worried about the aggressive attitude of China regarding territorial issues and business activities. Several instances of Chinese-origin stealth vessels indulging in illegal fishing activities have been reported and in some instances, credible evidence has been collected too. While Beijing keeps denying the illegal activities of such stealth Chinese ships, governments of a few countries have decided to put a stop to such clandestine activities. The massive illegal fishing carried out by vessels backed by China has resulted in a food security threat. Countries like Australia, India, Japan, and the U.S. have come forward to develop a resistance coalition to oppose such illegal fishing activities of Beijing.

The leaders of the Quad nations have said they will deploy strategic measures to put an end to the illegal fishing operations affecting the Indo-Pacific region. The decision was announced at the recently held Quad Leaders’ Summit that took place in Tokyo. The initiative will involve the deployment of advanced satellite technology to link existing surveillance centers in the Pacific, India, and Singapore. This augmented tracking system will help in identifying illegal, unregulated fishing activities in the area. The objective is to find those illicit fishing vessels that are operating with their automatic identification system transponders switched off to avoid tracking.

It is hard to fathom the amount of yearly loss incurred by illegal fishing. By some estimates, it could be as much as US$20 billion per year. Experts are of the view that the collapse of fisheries in the economically sensitive Indo-Pacific region may destabilize the coastal nations which could pave the way for bigger risks like drug crime and human trafficking.

Over 80 percent of the illegal fishing is by China

China is blamed for over 80 percent of illegal fishing taking place in the region and it is known to incentivize such illegal fishing operations to meet domestic demand. It may have 17,000 vessels kept for carrying out illegitimate fishing.

As per a report published by the UK-based Justice Foundation: “The Chinese fleet has become a substantial presence in multiple developing countries. Over a third of the authorized CDWF [Chinese distant-water fleet] operations in 2019 and 2020 covered 29 specific EEZs [exclusive economic zones] in Africa, Asia and South America — the fisheries of many of the regions being characterized by limited MCS [monitoring, control, and surveillance] capacity and coastal regions heavily dependent on fishing for both nutritional and livelihood needs.”

The Quad nations have come up with the much-touted Indo-Pacific Partnership for Maritime Domain Awareness (IPDMA) plan. While the nations stopped short of mentioning China as the offender, the group has plans to sponsor commercial satellite-tracking services for offering maritime intelligence to some Indo-Pacific countries free of charge. The system will track radar signals and radio frequencies, so boats with their automatic identification system transponders turned off will get detected easily.

The Justice Foundation has accused Chinese vessels of fishing without a license more than 230 times between the years 2015 and 2019. Hundreds of Chinese boats have been caught fishing for squid in North Korean waters, too. The Chinese fleet also targets protected and endangered marine life including species like dolphins, sharks, and seals.

Beijing, as expected, has denied such allegations of illegal fishing and has said its fleet adheres to international regulations. The worrisome thing about China’s illegal fishing vessels is that they are not used for fishing alone. Experts think the fleet is also used for seizing disputed territories. The Indonesian navy has chased and caught such Chinese vessels a number of times.

The threat posed by the illegal fishing fleet of China has been acknowledged by political analysts in various nations. One of them is King’s College London’s professor of international relations, Ramon Pacheco Pardo. He said on the issue praising the formation of the IPMDA: “In my view, this is the first explicitly anti-China step the Quad has taken, because it’s clearly targeting China. But we’ll have to see how effective it is.”