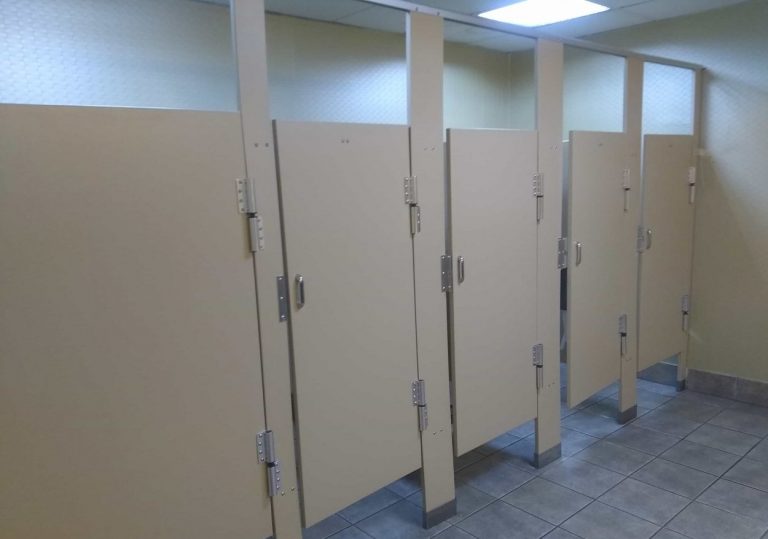 The restroom might be the one place reserved for personal hygiene, but there is often more to these tiled sanctuaries than meets the eye. (Image: Kimberly638 via Dreamstime)

The restroom might be the one place reserved for personal hygiene, but there is often more to these tiled sanctuaries than meets the eye. Unlike other rooms in the house, restrooms appear to bring out some of our most productive and artistic qualities.

For example, hands up, how many of you have sung in the shower? According to a Westin Hotels & Resorts survey, three in five people sing in the shower. However, while the vocal talents of those three in five might be up for debate, the hotel chain also found that country music was the most popular genre for those surveyed. In contrast, “alternative” music was belted out by just 5 percent of shower singers.

In more recent years, smartphone usage on the toilet has become a big business. With Britons checking their mobiles 1.1 billion times each day, and the rest of the Western world following similar patterns of interest, it’s hardly surprising that many of us use our time on the toilet to survey the mobile world.

As you’d expect, scrolling through the latest social media posts is a significant hobby for the mobile toilet generation, but that’s not all. In fact, with smartphones getting smarter all the time, it’s now possible to conduct important business from the toilet. Mobile users who answered a Voucherbox survey recently stated that doing business while doing their business is more common than you might think.

According to the stats, 76 percent of those surveyed used their toilet time for work when they were at home, while 13 percent used a restroom break at work to multitask. The most common task for those doing their business on the toilet was sending emails (58 percent). Still, workers were also happy to call colleagues, compile to-do lists, and even make company purchases while otherwise engaged.

Business while doing your business

The revelation that more people are now using their phones for business in the toilet is excellent news for employers looking to increase the productivity of their workforce. However, as you’d expect, there are some health issues you need to take into account if you are working from the restroom.

Talking to three scientists about the potential dangers of using a mobile on the toilet, Metro found that germs, such as Salmonella, E. coli, and C. difficile, can all be a problem.

Touching your phone, wiping, and then touching the phone again without washing your hands can pose a health risk. It’s also possible that your phone could become contaminated by similar germs when leaving it on a shelf in the restroom. With this being the case, toilet entrepreneurs are now being urged to take more care.

The simple way to prevent infection is not to take your phone into the restroom, but if that’s not practical, you should pick a hand and stick to it. For example, if you touch the toilet and wipe with your left hand, use your right hand for your phone. Also, wash your hands thoroughly after using the bathroom, and wipe your phone with an antibacterial cloth if it’s been resting on a potentially dirty surface.

There’s no doubt the advent of modern mobile technology has made it easier for you to carry out your business while you’re doing your business. Still, if you’re not careful, it could harm your productivity. So the next time you go to send that email from the toilet, make sure you’re not exposing yourself to any harmful bacteria.