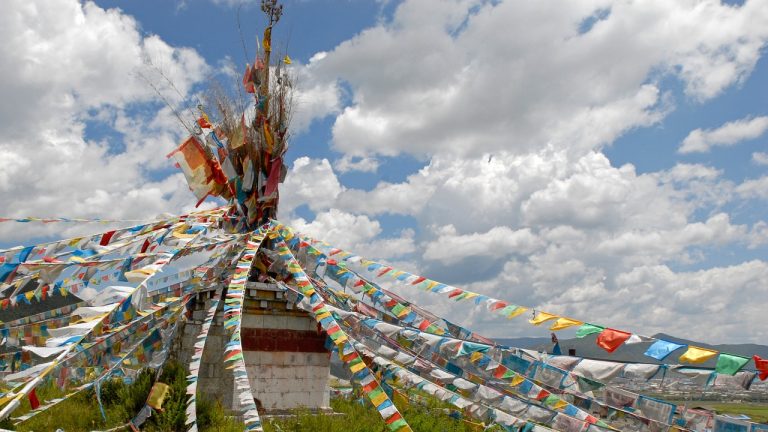 A tour guide in Beijing had the opportunity to escort a group of Tibetan tourists. Unfortunately, his impression of Tibetan people came mainly from films, television, or preconceived notions regarding their cleanliness, temperament, and education.

When the guide first saw the Tibetan tourists, they looked like what he had expected; they were rather dark in complexion and looked older than their actual age. In addition, no one even had a decent suitcase. However, after observing how the Tibetan tourists behaved over the next several days, he realized that his first impressions were wrong.

There was nothing scheduled for the first day so that the group could settle into their hotel and rest. However, when the Tibetan tourists arrived at the hotel, the receptionist said there were not enough rooms for the entire group, so they were taken to a second hotel. Unfortunately, that did not work out either, so they went to a third.

The guide was concerned that the Tibetan tourists would be angry about the situation and demand compensation. Instead, they smiled and thanked him when he apologized. The coordinator of the group even comforted the guide and told him that everything would be all right.

The group went to the Forbidden City the following day. After walking for a little while, the guide decided to check on them to make sure that no one was straggling behind. When he turned around, he was amazed to see that they were walking two by two directly behind him in a straight line.

The Tibetan tourists were also very orderly when getting on and off the bus. There was no pushing or shoving, and no one jostled to get a better seat. The guide only needed to assist the ones having difficulty climbing the stairs, and when he did, they always thanked him with a kind smile. Compared with his usual groups, if a tourist did say thank you, it usually came with a look of indifference.

After a few days, the guide began to appreciate their strong faith, devotion to Buddha, and grateful hearts. If they were not carrying something, they would always be holding a string of prayer beads.

One day while touring a palace, the group coordinator began discussing karma and reincarnation with the guide. The guide started to realize that their beliefs were the source of their calmness and indifference toward those little misfortunes in life that so trouble ordinary people.

On the last day of their trip, the guide saw the Tibetan tourists off at the train station. They gave him a gift, and everyone shook his hand. The guide did not want to say goodbye, and when the group coordinator came up to him to shake his hand, the guide hugged him as if he considered him a friend.

From this experience, the guide understood the difference between people with faith and those without. He realized that a person does not need to have a religion, but a person needs faith.