The Legend of the Eight Banners 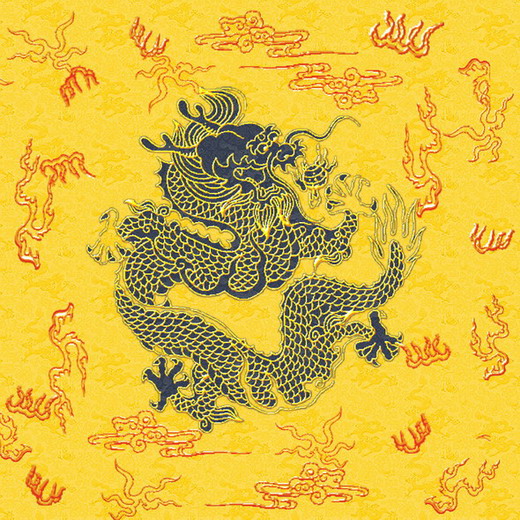 The Yellow Banner. (Image: via Wikipedia)

In 1614, a decision was made to unite all the factions, resulting in the addition of the Border yellow, white, blue, and red banners. These banners were called the Eight Banners, and they commanded the Manchurian, Mongolian, and Han armies.

There were many Chinese legends associated with the Eight Banners. One tells the story of how the Eight Dragons created the banners.

The Eight Dragons were not united and often fought with each other. After the Jade Emperor learned of this, he summoned the Dragon King and said:

“Someone on Earth has complained to me. Because the sun and the moon are always together, half of the Earth is always bright and the other half is always dark. Not only does this make people feel uncomfortable, it also makes them lose their appetites, and interferes with their sleep.

“It also leads to crop failures. Since the people are anxious to have the sun and moon separate, I thus order you to inform the Eight Dragons to solve this problem.”

After receiving the order, each of the Eight Dragons flew to heaven, striving to be the one to accomplish the task. First, they attempted to move the sun and moon individually; however, no matter how much effort they devoted to each task, each failed.

After trying every means possible to move the sun and moon, the Dragon King asked: “Why haven’t you accomplished the task the Jade Emperor imposed on you?”

The dragons rushed to say:

“The sun and the moon are too heavy to move. Regardless of how much strength we exert, we are unable to catch up with them. Even if we caught up with them, we could not stop them. We were even cast aside.”

The Dragon king asked: “How did you approach the task?” The dragons replied: “We each tried one after the other.”

Upon hearing that, the Dragon King was furious and scolded them by saying:

“You are so ignorant! You are even inferior to the sentient beings on Earth. At least they know how to cooperate to move Mount Tai. You can do it as long you cooperate with each other.

“Each of you can easily break an arrow by yourself, but if eight arrows are tied together, is it possible for any one of you to break them? The reason for your failure is that a single hand is too weak.”

After hearing this, the dragons immediately vowed that they would unite. They returned to heaven and cooperated.

They arraigned themselves into a formation similar to the Chinese character for qing, composed of eight strokes, with each stroke representing a dragon. The point at the top of the character was formed with two of the dragons.

When they fully cooperated, their formation was like a wedge. They used the wedge to strike between the sun and moon, separating the two bodies and causing the sun to move ahead of the moon.

After accomplishing their task, the Eight Dragons fell to Earth in exhaustion. At that moment, a gust of wind blew each dragon onto eight different colored cloths on the ground, where they were permanently fixed. These eight pieces of fabric were used as military banners during the Qing Dynasty.

Each of the banners had a dragon with clouds and flames, symbolic of battles against the Ming Dynasty.