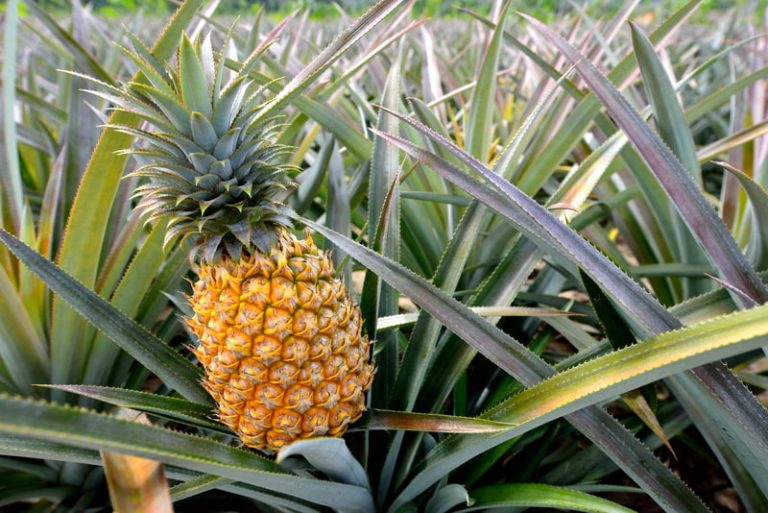 Carlos Gutierrez’s father owned a pineapple plantation just outside of Havana, Cuba, but the family was forced to flee to the U.S. when the communists took over the country. (Image: 9comeback via Dreamstime)

Carlos Gutierrez’s father owned a pineapple plantation just outside of Havana, Cuba. During the Cuban Revolution, when Carlos was 6 years old, Fidel Castro’s guerrilla army marched on Havana and usurped authority over their plantation. The Gutierrez family was forced to flee to Miami. When it became apparent they could not return to Cuba, they were left without a home, and only a small wad of demonetized bank notes.

Having to survive in a foreign land, Carlos Gutierrez started to work part-time with his father after he turned 15. Every day his father advised him:

“Whoever can teach you English and offer you a meal, stay and work for them.”

His first job was working as a waiter in a small restaurant in a hotel at the beach. Carlos Gutierrez soon earned the respect of his boss because of his hardworking attitude and passion for his work. His boss even took him home to let him play with his children so he could learn proper English.

One day, his boss told him that Kellogg, the food service company that supplied the hotel, was recruiting a salesperson, and he was willing to introduce him to the company representative if he was interested in the offer. Carlos Gutierrez earned the position with Kellogg and worked as a salesperson while also maintaining a delivery-truck route. Before he took the job, his father told him:

“It was because of doing a good deed every day that your father’s generation could build a successful family business in Cuba. As you are about to temper yourself, you have to bear these words in mind.”

Perhaps because of those words, he always did whatever good deeds when he was able to do. For example, he delivered mail to another city for a shop owner and he gave children rides home after school while delivering goods to a shop run by a husband and wife.

He worked as a salesperson for Kellogg for four years. By the fifth year, he was transferred to Mexico to lead the Latin America sales team. What prompted the promotion was his personal sales yield, which had accounted for 40 percent of the aggregate sales over the past four years.

Everything seemed to come naturally to him after that. Later, Carlos Gutierrez was appointed to oversee the Canadian and Asia-Pacific regions.

He was brought back to the main U.S. office and offered the position of CEO in 1999. Shortly after he was recruited by hiring agencies as a CEO candidate for such international companies as Coca-Cola and Colgate-Palmolive, he became nominated to be the next U.S. Secretary of Commerce.

Carlos Gutierrez thus became the embodiment of the American dream. During an interview with The Washington Post, he said:

“One’s fate is not derived from any one astounding feat. Oftentimes, it rests with the seemingly insignificant good deeds one performs in daily life.”