The Denver-Based National Ice Core Facility: All You Need to Know 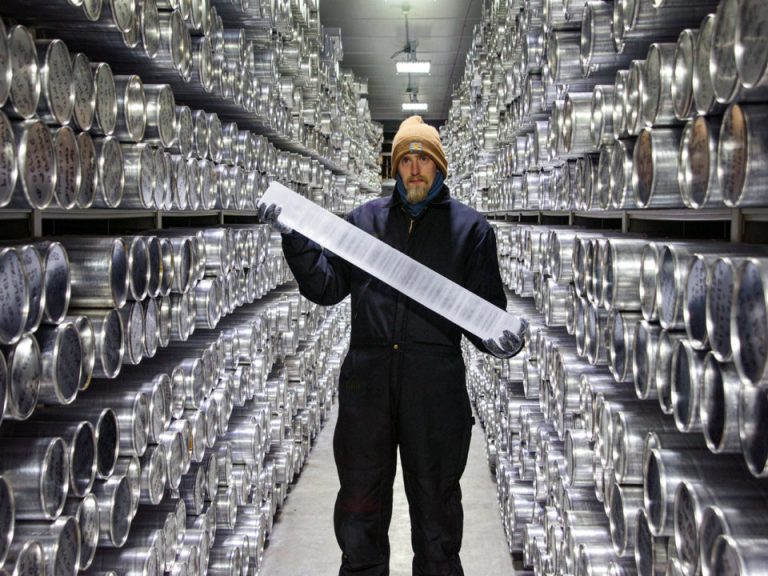 Have you ever heard about any laboratory where ice is collected and preserved? Does it sound quite unusual? But, in Denver’s ice core lab is a real thing. First, the staff there collect ice from some of the coldest places. After that, they analyze the ice cores to find information on some vital aspects of nature. The National Science Foundation Ice Core Facility (NSF-ICF) was created in 1993, and at that time, it was called the U.S. National Ice Core Laboratory. The renaming took place in 2018.

The NSF-ICF is a large complex, and the core storage chamber is 55,000 cubic feet. It has a temperature of -32.8 degrees Fahrenheit. There are places for carrying out studies, of course. But, first, the scientists cut sample slices and analyzed the chemical compositions.

Ice cores can be compared with rock formations composed of several layers. These massive layered sheets contain layers of snowmelt and snow. In Antarctica, an ice sheet can be three miles thick! Therefore, these ice cores can be pretty ancient. The oldest ice core collected was from Antarctica in 2017. Its origin was 2.7 million years ago. An expensive and specialized drilling apparatus is used to collect the ice cores.

Three different types of drilling systems are deployed for this purpose. The hand auger is manually operated and can go as deep as 130 feet below the surface. “Shallow” coring goes down to 980 feet, while deep ice coring is the most powerful method, and it can reach up to 2.4 miles beneath the surface!

The drilling projects can take up a lot of time and effort. Sometimes, the researchers have to spend several months reaching the required depth. They also have to find a suitable location for drilling the ice cores without causing any risk to the ecology and themselves. In addition, the drills need a steady flow of a solution so that the ice walls do not bind with the apparatus. After the ice cores are obtained, they are sent to the NSF-ICF in Denver for detailed analysis.

This is the only ice core facility in the United States

The Ice Core Facility is where history and science exist side by side. The ICF contains approximately tens of thousands of such ancient ice cores. Its assistant curator Richard Nunn says: “This is the only facility like this in the United States. It is the central repository for all the ice cores drilled in the U.S. polar program. Ice cores are the best source we can go to understand how our past climate has changed over the past few hundred thousand years.”

The ice cores vary in age. They can be a few hundred years to thousands of years old. The ice core facility stores the ice, though scientists and researchers may ask for ice samples from other places. Nunn says: “And by analyzing the air bubbles trapped in that, the dust in the ice, and the isotopes that make up the water in the ice as well, we can recreate how carbon dioxide and methane have changed over time, we can recreate how global temperatures have changed over time.”

Analysis of the carbon dioxide in ice cores at the ice core facility reveals that humans have vastly accelerated carbon emissions. As a result, the CO2 in our atmosphere is many times higher than what was found in ancient ages within the ice. The researchers think the significant change in the CO2 quotient in the air has occurred in the last 150 years.