Water: The Life Blood of the Planet 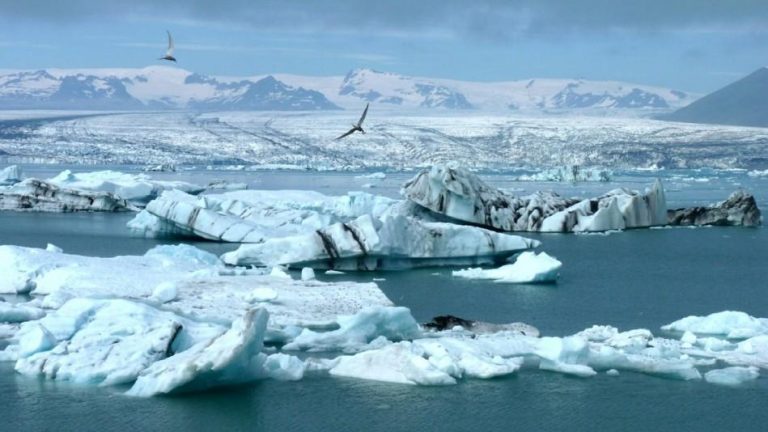 According to the U.S. Geological Survey, 68 percent of the world's fresh water is locked up in icecaps and glaciers, a little over 30 percent is in groundwater, and only 0.3 percent is in surface waters, such as lakes and rivers. (Image: via Pixabay)

Fresh ice water is so refreshing on a hot summer’s day! But here’s the thing — take away that water, and you have nothing. If you look at the Earth from space, you will see that most of our planet is liquid. However, the vast majority is salt water and unusable for human consumption.

According to the U.S. Geological Survey, 68 percent of the world’s fresh water is locked up in icecaps and glaciers, a little over 30 percent is in groundwater, and only 0.3 percent is in surface waters, such as lakes and rivers.

The human body is composed of a little over 60 percent water. It can be found in every living cell, and without it, humans wouldn’t be able to survive. You would think that we would take better care of a resource so fundamentally vital to our survivability; however, we have resorted to making water, a basic necessity of life, just another form of currency.

Mankind will soon start running out of fresh water

Fresh, clean drinking water will be one of the most precious resources soon as our species begins to run short of supplies. Unfortunately, studies reveal that groundwater resources are being used at an alarming rate that surpasses the planet’s ability to refill those reserves, and not all groundwater is safe to drink.

China provides an example of a county grappling with the issue of usable water resources, as its groundwater supplies are proving insufficient to meet the demands of its people. Underground water tables in some of China’s largest cities are rapidly falling while concentrations of heavy metals continue to climb.

Groundwater supplies in China are becoming compromised, but some moving bodies of water, such as rivers, are so highly contaminated with industrial carcinogenic chemicals that they have taken on a blood-red hue. Still, waters, such as lakes, are also suffering from the effects of pollution, as thousands of dead fish have washed ashore along their banks.

Many lakes are also so choked with toxic green algae blooms during the summer months that they pose a health risk for swimmers.

Water resource concerns are not limited to China. A lake in India was so polluted that it caught fire due to the high industrial contaminants on its surface. The Great Lakes in the U.S. are very heavily polluted from storm runoff containing fertilizers, pesticides, herbicides, oil, heavy metals, and PCBs.

Concerns over the quality of water supplies in a major U.S. city took center stage in 2014 when residents in Flint, Michigan, began complaining about their water’s color, taste, and odor to local government officials. Reports of lead in the city’s water supply became so widespread that the governor of Michigan declared a state of emergency.

“A well-stimulation technique in which rock is fractured by a pressurized liquid. The process involves the high-pressure injection of ‘fracking fluid’ (primarily water, containing sand or other proppants suspended with the aid of thickening agents) into a wellbore to create cracks in the deep-rock formations through which natural gas, petroleum, and brine will flow more freely…”

In Canada, more than 200,000 wells have been horizontally fracked for shale gas or oil, primarily in the western provinces. It is now estimated that 80 percent of new oil and gas wells in Canada are fracked.

The fact is that humankind is responsible for most, if not all, of the pollution found in our drinking water. This is a precious resource, and with its rising consumption, there won’t be enough to go around if we don’t change our habits.

Still, there are some simple ways that we can help to conserve water, such as installing more efficient faucets and showerheads, turning off taps when not in use, fixing leaky toilets, and reducing the amount we use outside.

Sharing water means sharing life with this planet, and taking care of our world gives humankind and all life here on Earth a future. So the next time you have a clean glass of water with dinner, take a moment and appreciate how lucky you are.