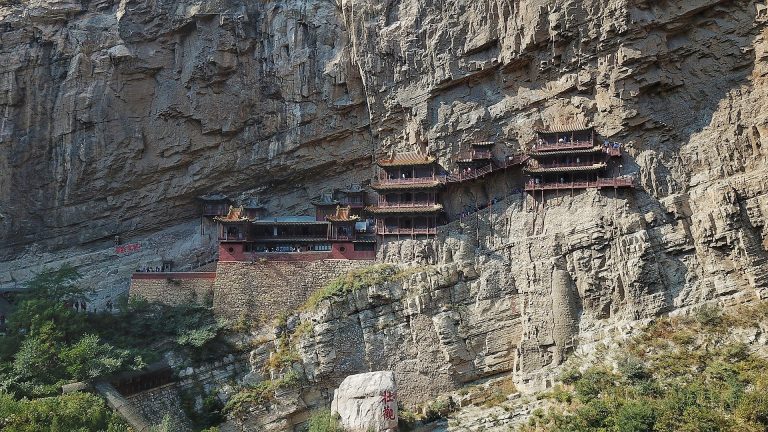 The Ganlu Temple was built in 1146 during the Song Dynasty. (Image: via Wikipedia)

Wicked deeds can weigh heavily upon a person’s heart and soul. There was a man named Wang Shao, who lived during the Song Dynasty in China. In order to be promoted to a higher governmental rank, he asked the emperor for the authority to increase the country’s territory.

After his wish was granted, he assembled a large number of troops to invade Gansu Province. During the conflict, his troops killed many innocent people, including women and children. Because of his victory, he was appointed ambassador by the emperor; however, he always felt discomfort in his heart about his deeds.

One day, while at the Ganlu Temple, he encountered Diao Jingchun, who was a fortune-teller. Wang asked him: “If I follow orders to kill people, am I guilty of crimes?” Diao replied:

“You should not ask whether you are guilty or not, but instead ask yourself if you feel your behavior was right or wrong.”

Not wanting to admit his true feelings, Wang persisted in saying: “I think my behavior was decent and right.” Diao replied:

“If you feel that your behavior was right, you would not have troubled me, so I presume you still have some regrets in your heart.”

Wang was left stunned and speechless by these words, and his face turned pale.

Wang’s wicked deeds come back to haunt him

Later, Wang’s health declined and he became extremely ill. He often covered both of his eyes with his hands in fear, and whenever he was asked to open his eyes, he would answer:

“No, I cannot open my eyes, for once I open them, there are always men without heads and feet standing in front of me asking for my life.”

Those were the ghosts of the innocent people killed by him.

Wang’s heart was troubled by what he had done, and fear troubled him for the rest of his life. He eventually realized that he was unable to cheat his heart and conscience through the wicked deeds he committed to improve his position in life.