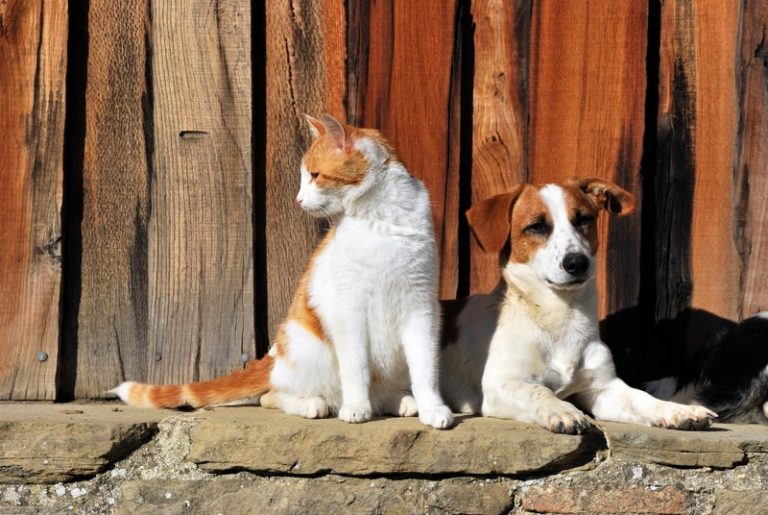 It’s been shown that small animals not only have emotions like human beings, but also have superpowers which go beyond our human capabilities. (Image: Alessandro Pinto via Dreamstime)

While not widely acknowledged, animal superpowers have been demonstrated in a variety of situations. It’s been shown that small animals, for example, not only have emotions like human beings, but also have superpowers which go beyond our human capabilities.

Pets who know when their owners are coming home

One such superpower is that of telepathy. To demonstrate this ability, one episode of the TV show Animal Planet tested the telepathy between dogs and their owners. The testers were divided into 2 groups. One group stayed at home with the dog and recorded its behavior with a video camera, while the other group stayed with the owner while they took a walk outside the house.

The test was repeated many times, and it repeatedly confirmed the same result. Whenever the testers told the owners it was time to go home, the dog at home would sense it at the very same time. A dog which was resting comfortably, for example, would suddenly become restless, walking back and forth to the door to watch and wait, as if it knew that the owner was coming home and was ready to welcome him.

Rupert Sheldrake, the famous British biologist and writer who was dedicated to the study of animal superpowers, wrote about many inscrutable incidents of animal behavior in his book Dogs That Know When Their Owners Are Coming Home. But he found it wasn’t just dogs that have this unusual ability. Sheldrake recounted: “My neighbor was a single woman and her son worked on a ship. Because there were always many uncertain conditions on the ship, her son was unable to provide the specific date of his return in advance. But despite this, the woman always had a way of knowing when her son would come home, thanks to her pet cat.”

Each time, an hour or two before her son’s arrival home, the cat would sit by the front door. As it sat there, it meowed wildly, seemingly sensing her son was on his way home. When this happened, the woman would make preparations for her son’s return, and never once did the cat steer her wrong.

Perhaps even more miraculously, some animals can sense a disaster from a long distance away, and have even been able to sense the death of their owner. In fact, Sheldrake’s data registered more than 5,000 cases of telepathy between dogs and their owners, including 177 cases in which the dog sensed its owner’s death or disaster, causing the dog to wail, whimper, or even cry.

The supernormal ability to predict disasters

In addition to telepathic abilities, animals have also demonstrated the ability to predict disasters. In the catastrophic 1976 Tangshan earthquake, 240,000 deaths were officially reported. After the earthquake, investigators visited Tangshan and the 48 surrounding counties. They learned that prior to the earthquake, animals like chickens, pigs, rats, cats, dogs, sheep, fish, and even weasels, acted strangely. All of the fish, cats, and dogs acted differently, while 34 percent of the pigs, which are usually slow to react, became very restless. They could sense that the earthquake was coming.

Just prior to the 2004 Asian tsunami, according to villagers in Thailand, a group of buffalo feeding by the beach suddenly raised their heads, and stared at the sea with their ears erected. Just seconds later, they turned their backs and ran wildly toward the hills. The baffled herdsmen had to follow after them, and as a result, escaped the tsunami. The buffalo saved themselves and the herdsmen through their superpowers, but tragically, an estimated 300,000 people died in the tsunami.

Ancient books have also recorded stories of animals acting strangely before earthquakes. While science has tried to explain this phenomenon by saying that animals can sense the vibrations of the land, or that they smell the underground odors emitted by an earthquake, these are only guesses. No one can truly explain why animals have the uncanny ability to sometimes predict events better than scientific detectors. Perhaps it’s because scientists believe these phenomena are obscure, and that’s why they have not given much attention to the study of animal superpowers.

If human beings can be more open-minded, it may be possible for a whole new world to be revealed. After all, not everything that exists can be seen or fully understood, and there is much that humankind has yet to discover.