How Cute Is This Baby Sloth at a Florida Zoo? 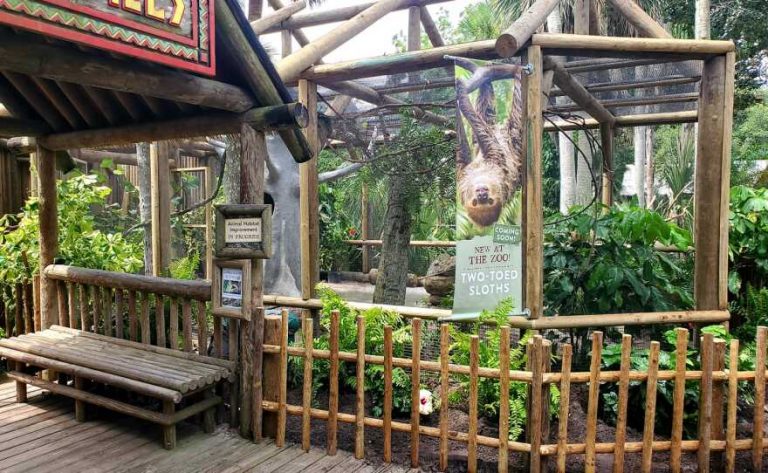 Teddy the sloth became a father recently and the video of him meeting the new baby sloth for the first time has gone viral. He and his mate, Grizzly, are Hoffman’s two-toed sloths and part of a well-known attraction known as “sloths landing” at the St. Augustine Alligator Farm Zoological Park in Florida.

The adorable baby sloth video, which also shows the proud parents, made viewers delighted after it was posted on the YouTube channel of the Florida zoo. It shows the mother sloth climbing toward the dad sloth. Initially, the dad sloth is unaware and keeps munching on leaves. Later, he realizes what is going on. Then the sloths indulge in a family bonding activity that is amazing to watch.

The new baby sloth is protected by its mother

In most cases, male sloths don’t look after the newborns. The sloth mothers usually handle all the tasks involved with bringing up the young. Sloth mothers take care of the babies for six months or more. The mother sloths teach the kids how to climb trees, find food, etc. However, with all the interest Teddy has been showing in the cub, it seems these sloths may be taking a modern family approach. In spite of that, mother and baby sloth do still need their space and Teddy seems to recognize when to back off and give them time alone together.

Though Grizzly gave birth in February, the video that went viral wasn’t posted until May 10th. The mother sloth waited for a few months after giving birth before introducing the cub to Teddy. She spent the time resting in the maternity ward of the zoo, adhering to the typical postpartum routine of sloths in those months.

The viral video shows Teddy hanging from a tree as Grizzly and the baby sloth approach him. The baby sloth was nestled onto the belly of the mother sloth safely. As the mother and baby get close to the father sloth, the baby sloth starts sniffing Teddy. According to the zoo curator, Hoffman’s two-toed sloths adhere to a pattern after giving birth to cubs. The female sloths ensure the father sloths stay away when the cubs are too young.

The zoo curator thinks Teddy and Grizzly are somewhat unique because normally the female kicks the male out and raises the cub alone, whereas these two are still living together as a couple. She said: “But since that is how they’ve elected to, we felt it was really important to keep them here that way. Mom and baby need time to bond together and Teddy, very smartly, decided to give them some space.”

Grizzly decided to reunite with her partner after several months alone with the cub, not following the typical pattern seen in female sloths. The St. Augustine Alligator Farm Zoological Park management has said that the sloth family will live together for now, but they will be monitored to make sure they all continue to get along.