The Earth Moves Far Under Our Feet 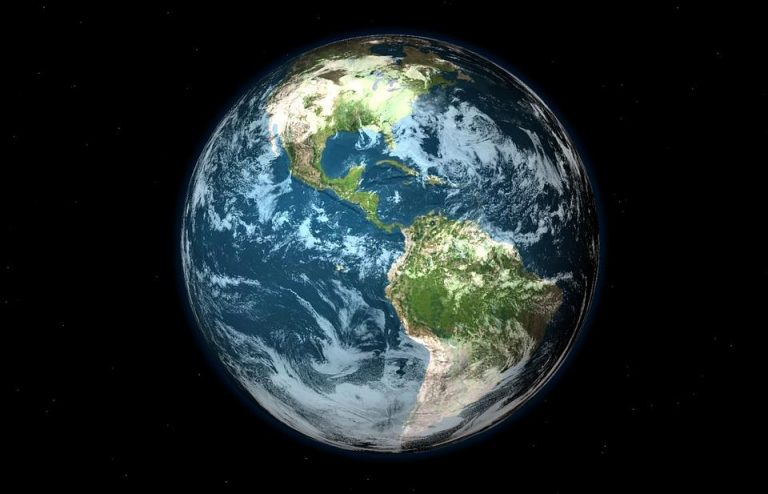 USC Dornsife scientists’ analysis of seismic data identifies a six-year cycle of super- and sub-rotation that affects the length of a day. (Image: Pixabay)

Scientists have found evidence that the Earth’s inner core oscillates, contradicting previously accepted models that suggested it consistently rotates at a faster rate than the planet’s surface.

Their study, published in Science Advances, shows that the inner core changed direction in the six-year period from 1969–74, according to the analysis of seismic data. The scientists say their model of inner core movement also explains the variation in the length of the day, which has been shown to oscillate persistently for the past several decades. John Vidale, a co-author of the study and Dean’s Professor of Earth Sciences at USC Dornsife College of Letters, Arts and Sciences, said:

“From our findings, we can see the Earth’s surface shifts compared to its inner core, as people have asserted for 20 years. However, our latest observations show that the inner core spun slightly slower from 1969–71 and then moved the other direction from 1971–1974. We also note that the length of the day grew and shrank as would be predicted. The coincidence of those two observations makes oscillation the likely interpretation.”

Our understanding of the inner core has expanded dramatically in the past 30 years. Research published in 1996 was the first to propose the inner core rotates faster than the rest of the planet — also known as super-rotation — at roughly 1 degree per year. Postdoctoral scholars Wei Wang and Vidale found the inner core rotated slower than previously predicted, approximately 0.1 degrees per year. The study analyzed waves generated from Soviet underground nuclear bomb tests from 1971 to 1974 using a technique developed by Vidale.

The new findings emerged when Wang and Vidale applied the same methodology to a pair of earlier atomic tests in 1969 and 1971. Measuring the compressional waves resulting from the nuclear explosions, they discovered the inner core had reversed direction, sub-rotating at least a tenth of a degree per year. This latest study marked the first time the well-known six-year oscillation had been indicated through direct seismological observation, Vidale said:

“We went into this expecting to see the same rotation direction and rate in the earlier pair of atomic tests, but instead we saw the opposite. We were quite surprised to find that it was moving in the other direction.”

The study supports speculation that the inner core oscillates based on variations in the length of day — plus or minus 0.2 seconds over six years — and geomagnetic fields. Vidale says the findings provide a compelling theory for many questions posed by the research community, adding:

“We’re trying to understand how the inner core formed and how it moves over time — this is an important step in better understanding this process.”

Provided by University of Southern California [Note: Materials may be edited for content and length.]