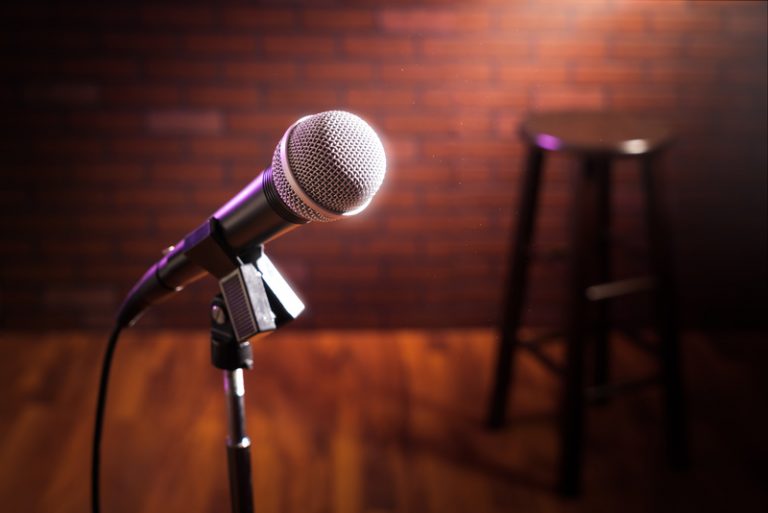 A course in stand up comedy is being prescribed in the UK to help men at risk of suicide. (Image: Fernando Gregory via Dreamstime)

Comedians make people laugh and bust the stress but it is seldom an easy task. Stand-up comedy is deemed quite tough and people think it is not something they can excel at. However, it looks like a course covering comedy is proving to be so successful with people that the UK’s National Health Service (NHS) is now recommending it. The course has been devised by comedian and Bristol University lecturer Angie Belcher and is meant for empowering people with low self-esteem and suicidal thoughts to gather courage and live a better life.

Angie Belcher, who set up Comedy on Referral, said about the course: “I’ve taught comedy for 10 years, and students often told me how much stronger, more resilient, and happier they were after exploring their personal histories through stand-up comedy. That inspired me to prove that the models, exercises, and games used in a stand-up comedy course can help people to recover from emotional problems such as mental illness, postnatal depression, PTSD [Post Traumatic Stress Disorder], and anxiety disorders.” Now, Comedy on Referral has received NHS funding to aid men with suicidal issues in London.

Belcher also has plans to use the course to aid people coping with ailments like autism and ADHD. She added: “My course for trauma victims encourages them to process their trauma in a different way, so they can change who the victim is and choose the narrative. They can actually go right down into ‘This is what I was thinking and then this thing happened to me.’ This enables survivors to consciously use comedy to change their perspective of their experiences, but it also puts them in a physically powerful position because being on stage is very powerful.”

Participants opting for the free, six-week-long stand-up comedy course hail from many walks of life. They include suicide-prone alcoholics and drug addicts, anxiety and depression victims, and those coping with conditions like PTSD. The comedy classes teach people to create a short comedy set. They are taught different ways to use situations, using body language and voice to address the audience, etc.

Teaching mentally vulnerable people the nuances of stand-up comedy can be hard. These people have to be handled with care. The men are encouraged to write down their feelings and then they are taught ways to make them into comedy. Men find it harder to open up about issues troubling them. They need an outlet to vent the pain and comedy can be an option.

Before Ms. Belcher ventured into stand-up comedy, she used to work as a creative manager in a disability arts company. She said about the experience: “I always worked with those who always had a rough deal in life, who had trauma in their life and have come from bad upbringings who struggled with drugs and that was really important to me. I just notice that comedy helps those who do struggle with life.” This approach is unique and it can be utilized in other ways to let people cope with pent-up issues better.