Homage to Donatello, the Works of a Great Master 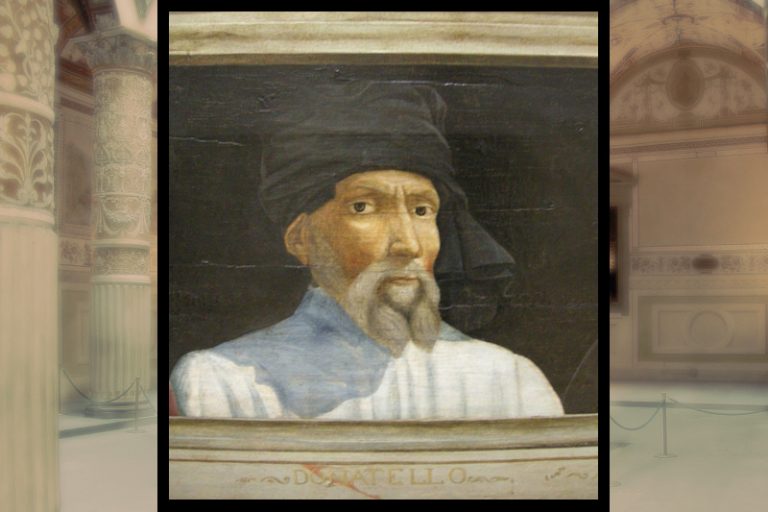 Master sculptor Donatello was born in Florence and became a key figure during the Italian Renaissance. (Image: Sailko via Wikimedia Commons)

There are many iconic artists and sculptors who took the Italian renaissance to dizzying heights and one of them is Donatello di Niccolo di Betto Bardi, commonly referred to as Donatello. Born in Florence, Italy, in the 14th century, he belonged to a well-known family. He got into stone carving early in life. He became a part of the workshop of Lorenzo Ghiberti between 1404-1407. Ghiberti earned a name for his skill in Gothic-styled bronze sculpture. As a sculptor, Donatello was deeply influenced by Ghiberti. Some of his early works include the famous statues of David and St. John the Evangelist.

While Donatello excelled as a sculptor, he also became known for his emotionally volatile temperament. He was probably agnostic. This had an impact on his religious iconography, too. His artistic craft started flourishing with time. He completed two marble statues – those of St. George and St. Mark. The attention to detail in these statues is remarkable. Donatello used the schiacciato technique and this enabled him to carve out sculptures with a sense of depth.

Donatello, as a sculptor, was quite talented. He developed proficiency working with marble but later made a foray into making bronze figures. St. Louis of Toulouse was his first significant bronze work. It was not received warmly but later gained a cult status. There is a theory that for crafting St. Louis of Toulouse, Donatello collaborated with Michelozzo, a noted Florentine sculptor and architect. He was also trained by Ghiberti and the duo shared a limited partnership. Donatello’s solo work bears influences from ancient art forms and joint works with Michelozzo bear resemblances to the craft of Filippo Brunelleschi.

Donatello’s best works were after he went solo

As Donatello started working solo, he dared to experiment and blended medieval and classical sources. He deviated from the style followed by Brunelleschi. His independent work made during the time he was collaborating with Michelozzo may be his best according to the critics. The bronze David is deemed a masterpiece. Possibly, it was commissioned by the famous Medici family and so it was kept at the Medici palace.

Donatello got an invitation from Padua in 1440 to develop some bronze crafts. The crucifix for the Padua santo and the equestrian statue Gattamelata became very popular. At this time, he developed an illness. After returning to Florence, his artwork underwent a change of style. Possibly, his perceptions regarding mortality affected his artwork. This is evident from the statue he made of Mary Magdalene. In his last days, he worked for the church of San Lorenzo and made two bronze pulpits. These took a long time to be wrapped but they showcase amazing spiritual complexity and craft excellence.

Most of the works of Donatello are still kept in the Italian cathedrals and Museo dell’Opera del Duomo. While he did some amount of apprenticeship under Lorenzo Ghiberti, he was unlike typical sculptors of his era. He started working solo at the age of 17. He was close to Cosimo di Giovanni de’ Medici, who founded the powerful Medici dynasty.

Donatello showed his versatility in craft and did not deter from experimenting all through his career. He was not limited to working with stone and metal for making sculptures, unlike most of his contemporary artists. He also made a carved wood statue for the Baptistery of Florence named Penitent Magdalene. The statue was a landmark in Renaissance Christian art and depicted the biblical figure in a new perspective.

Donatello was not well-liked for his abrasive nature and he valued artistic freedom above everything. However, his intimacy with the Medici family acted as a savior for him. The same factor ensured his financial freedom. Unlike artists who struggled to survive despite being talented, Donatello archived fame and financial success to a great extent. Most of his artwork is now in Italy barring the magnificent Marble Madonna, which is kept at the Boston Museum of Fine Arts.