The Chefs Putting Indigenous Culinary Traditions in the Limelight 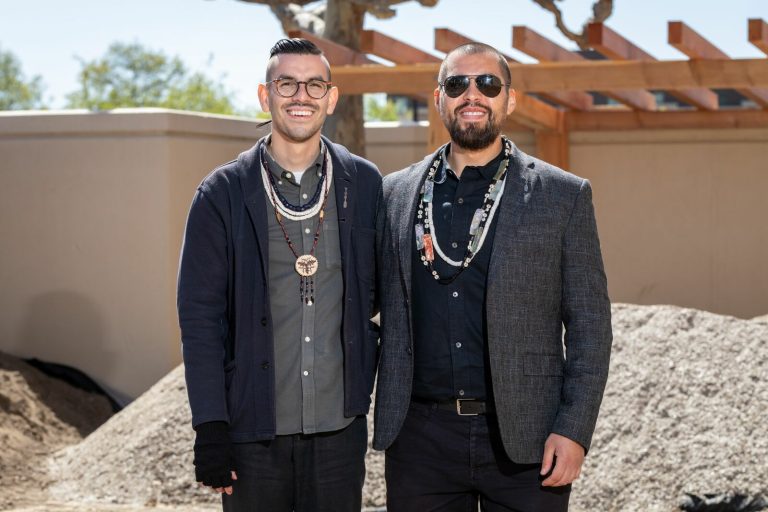 In an era when people are more interested in trying and cooking so-called fusion food and experimentation in the kitchen, a few attempts to swim against the tide are in vogue, especially in keeping indigenous culinary traditions alive. You can spot a handful of chefs who prefer to be purists when making yummy dishes. California Chefs Vincent Medina and Louis Trevino are among the rare lot. They are keen on preserving and promoting indigenous culinary traditions. The second branch of their popular Ohlone eatery will open soon.

The indigenous culinary traditions of the Ohlone people

The chef duo wants people to explore and enjoy the sheer variety of Native American cuisine. Cafe Ohlone said to be the first-ever indigenous restaurant in California, started its journey in 2018. The chef duo kept their focus on the indigenous culinary traditions of the Ohlone people. The Covid 19 lockdown led to a temporary closure of their eatery, but they did not lose heart at that. The restaurant will reopen in the Phoebe A. Hearst Museum of Anthropology at the University of California in Berkeley.

Medina says on the journey ahead, “The university had a direct role in the loss of our federal recognition and the removal of thousands of our ancestors from their cemeteries, who are still being held in this space today. But by being here, we can be a constant reminder that the culture is alive, that we are alive, and that the culture is beautiful and valuable.”

While the number of restaurants serving native American food is small, things are slowly changing for the better. UC Berkeley’s associate professor Dr. Elizabeth Hoover says: “Many different tribal groups came to California after the Indian Relocation Acts of the 1950s, resulting in a huge diversity of Native communities here. California also offers the perfect place in terms of a cultural and food environment, where people are willing and excited to try new foods and help support those who make them.”

UC Berkeley’s anthropology professor Dr. Kent Lightfoot echoes the view, adding that the native American tribes are now keen on recognizing and promoting their indigenous cultural traditions. As a result, a few more chefs have come up to promote Native American culinary tradition.

The revamped Cafe Ohlone will have a handful of singing trees. The chefs will try to highlight the local foods season-wise. Medina and Trevino use ingredients obtained from the San Francisco Bay region. The policy adopted by Wahpepah’s Kitchen is a little distinct. Crystal Wahpepah, who set up the eatery, spent her young years in Oakland. The mural at her restaurant reflects the theme of “Indigenous Food Warriors.”

She uses traditional recipes that she learned from her grandparents. She also offers seasonal dishes like fresh green salads in spring, and in the summer months, berries rule the menu. Wahpepah procures fresh herbs and veggies from the adjacent Indigenous farmers. However, she also obtains food from Native producers from Minnesota and the Pacific Coast.

Chef Pyet DeSpain has a different approach, and she focuses on her roots. Her mixed parentage has impacted her culinary choices to an extent, she admits. She spent her young years in Oklahoma, Kansas City, and LA. She is not too keen on setting up an eatery right now. She says: “I am both Indian and Mexican, and I want to represent people like myself, who are a fusion of these cultures. Both should be celebrated equally to give under-represented people like myself a voice through food.”