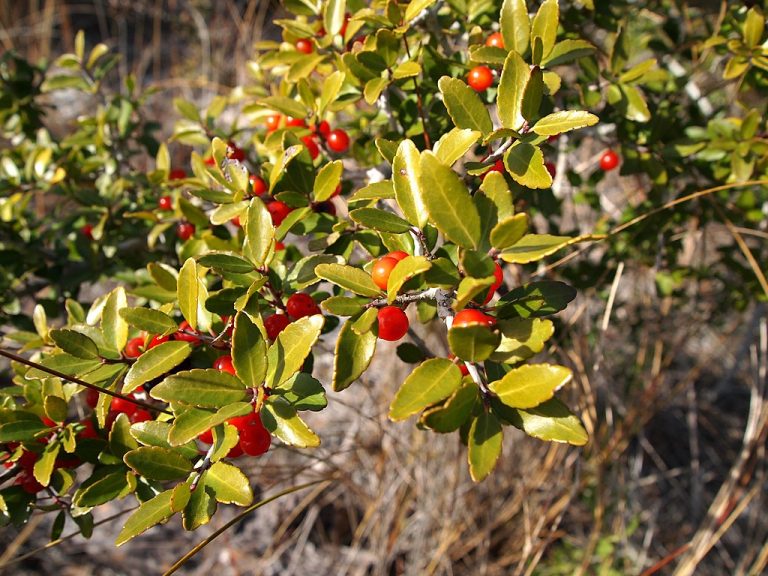 There is a perception that tea was harvested primarily in the Asian subcontinent, which came to the U.S. and European nations much later. This is, actually, far from reality. In several regions in North America, the tribes harvested and consumed a herbal tea variant known as yaupon. This happens to be the only native caffeinated plant in North America, but not many people know about it.

The origin and history of yaupon

It was called cassina by the native Timucua people, and the Spanish explorers referred to it as the black drink. The plant became near-forgotten over the years but was found in the wilderness along the Gulf of Mexico, the Atlantic Coast, and West Texas. Its leaves, when boiled in water, produce a dark-orange elixir laden with an earthy and fruity scent — the Native American tribe inhabiting the region where it grew natively used to consume it at large. The drink is accessible on the stomach and offers mental clarity to users.

Even today, yaupon, identified by its bright red berries and thick, ovular green leaves, grows in parts of rural and suburban America. The pity is very few people are aware that the leaves can be brewed. Much like its more famous siblings, tea and coffee, it was consumed by the native American tribes for therapeutic purposes. Europeans exploring the American countries like Jonathan Dickinson and Alvar Nuñez Cabeza de Vaca took note of the yaupon drinking tradition among the tribes in the 15th and 16th centuries. While the native tribes were aware of its energizing nature, they occasionally consumed it.

As the Europeans started exploring the southern United States, they also started colonizing the countries. They assimilated it into their diet and lifestyle when they came across yaupon. The Spanish people took a particular liking to it. In London, It was sold as the South Seas Tea. In the Parisian salons, it was known as apalachine. Somehow, its success as an international beverage did not last long. The naturally sweet drink emerged as a substitute for traditional black tea. The British East India Company took note of its popularity and was antagonistic to yaupon’s demand. So, they tried their best to limit its import into Europe. The noted botanist William Aiton, appointed by King George III, named it Ilex vomitoria. This nomenclature tarnished its reputation and made the mass reluctant to use it.

Yaupon’s popularity declined further in the U.S. during the mid-1800s. It was deemed to be a drink preferred more by the poor, rural communities. The plant lost its link with the native tribes after the tribal people started migrating to new places where the plant did not grow much. The Cherokee tribes, however, adhered to celebrating yaupon ceremonies. In the U.S., it slowly faded into obscurity by the 1900s.

The fortune of yaupon took an unexpected upwards swing after a devastating drought-ravaged Texas in 2011. Texas native Abianne Falla and Bryon White, from Florida, came across the resilient plants, and they figured out their leaves can be brewed. Falla and White researched a lot to know the right ways to make a beverage out of it. They set up entities like Catspring Yaupon and Yaupon Brothers, later. The early customers were fascinated with the taste and flavor, and its popularity started soaring again. As a result, the American Yaupon Association (AYA) was set up in 2018. Now, the entrepreneurs and small-scale farmers of the AYA harvest and sell over 10,000 pounds of yaupon every year.

Customers are lapping the drink as it offers many benefits and traditional tea and coffee. it contains many minerals and amino acids and boosts caffeine without jitteriness. It also has very little tannin, so you need not think of bitterness. Incidentally, the berries and leaves are loved by animals like bears, foxes, raccoons, and birds.