Li Chunfeng Accurately Predicted a Solar Eclipse Without a Telescope 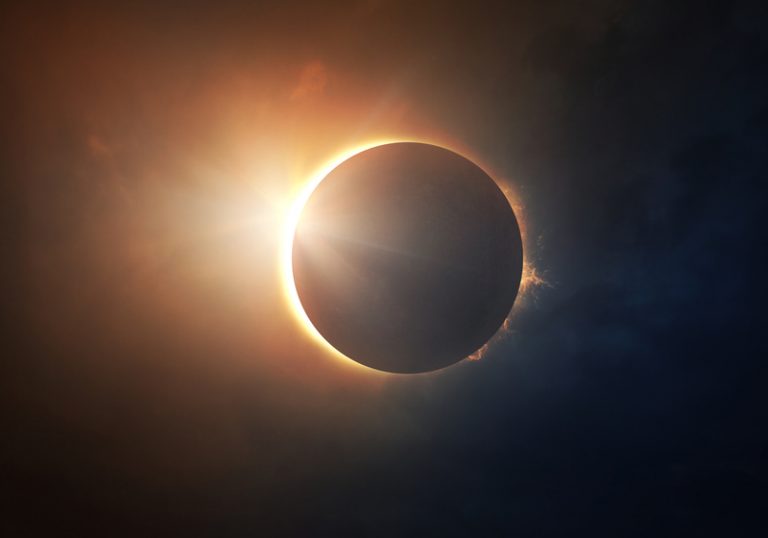 Li Chunfeng was a prodigy and genius of the Tang Dynasty. He was proficient in astronomy, calendar reform, mathematics, and other sciences. He was also highly accurate at prophecy through the use of numerology. Among the top 10 collections of prophecies of ancient China, his works Poems of Tibetan Heads and Tui Bei Tu, which are books on prophecy predicting the future of China, account for two of those 10. He was known as one of the most accurate prophets that ever lived in China. One of his amazing prophecies accurately predicted the exact time of a solar eclipse without the use of a telescope.

Prediction about the appearance of a solar eclipse

Once, when Li Chunfeng was proofreading the New Year’s almanac, he found that there would be a solar eclipse on the first day of the lunar month, which is an unlucky omen. Emperor Taizong of Tang was very unhappy and he told Li: “If the solar eclipse does not occur, how are you going to deal with yourself?” Li replied: “If there is no solar eclipse, I am willing to die.”

On that day, the emperor went to the courtyard to wait for the result. He said to Li: “I’ll let you go home for a while so that you can say your final goodbyes to your wife and children.” Li said: “It’s not the time yet for the eclipse.” Then he drew a mark on the wall: “Wait until the sun shines on this spot, only then will the solar eclipse appear.” The solar eclipse did occur at the exact time calculated by Li through his ability to compute the angular speed of the sun’s apparent motion.

Prediction about someone sobbing

On another occasion, while Li Chunfeng and another official, Zhang Ludou, were attending to the emperor, a gust of wind blew from the south. Li Chunfeng believed that there must be someone crying five miles to the south while Zhang Ludou believed that there must be someone playing music. The people around the emperor went on horseback to check, and they saw a funeral procession with mourners crying and drummers playing mournful music.

Prediction about the Seven Stars and the boozy monks

Li Chunfeng once reported to the emperor: “The Seven Stars are going to become human, and they will be going to the western side of the city for a drink tomorrow. You can send someone to watch over there and capture them.” Taizong believed his words and sent someone to watch. On that day, seven Brahmin monks did enter the city from Jinguangmen. They went to the West Market Restaurant, went upstairs, asked the owner for a jug of wine, took a bowl each, and started drinking. Within a short time, they finished the wine and ordered another jug of wine.

The messenger sent by the emperor went upstairs and read out the imperial edict: “Now, please come to the imperial palace.” The monks looked at each other, smiled, and said: “It must be Li Chunfeng who said something about us.” The monks told the messenger: “After we finish the wine, we will go with you.”

After the monks had finished drinking, they went downstairs with the messenger leading the way. When the messenger looked back, the monks had disappeared and were nowhere to be seen. The messenger went back to the palace and reported the situation to the emperor. Taizong was very surprised. When the monks drank, they did not pay for the drinks, but when the restaurant owner cleared the table, he found money under the bench sat on by the monks.