China to Build a PLA Naval Base in Cambodia, Say Western Officials 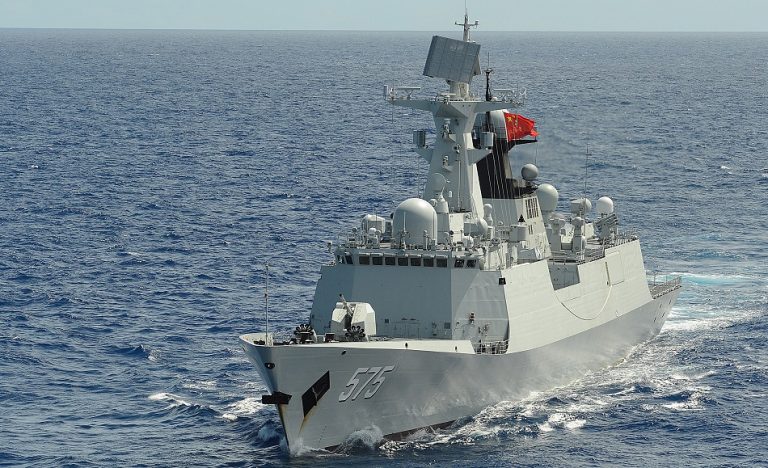 Western intelligence agencies and political analysts say China has ambitious plans to expand its military might in the Pacific Rim. For example, recent Western intelligent reports indicate that China is gearing up to build a naval base in Cambodia. The noteworthy aspect of this information is that both countries have denied the reports.

The naval facility will be located at the Ream Naval Base in Cambodia. Political analysts believe that by developing such Chinese military facilities at strategic locations, Beijing is trying to consolidate its presence and show its might to Western nations.

As of now, the only naval facility of China is located at the port of Djibouti, an East African country. Therefore, if the maritime facility comes up in Cambodia, Beijing will find it easy to accommodate large-sized naval vessels, including its warships in the Indo-Pacific region.

A western official said of China’s naval ambitions, “We assess that the Indo-Pacific is an important piece for China’s leaders, who see the Indo-Pacific as China’s rightful and historic sphere of influence. Moreover, they view China’s rise as part of a global trend toward a multipolar world where major powers more forcefully assert their interests in their perceived sphere of influence. Essentially, China wants to become so powerful that the region will give in to China’s leadership rather than face the consequences [of not doing so].”

A 2019 Wall Street Journal report hinted that the governments of Cambodia and China agreed to enable the latter to use the base for military operations. However, Beijing and Phnom Penh refuted the report, and Hun Sen, the prime minister of Cambodia, did not hesitate to call the information false. The Cambodian Embassy in Washington, DC, also denied the report.

Denial by these two Asian countries has failed to deter the intelligence agencies deployed by the governments of western nations. The expansion plans were reportedly finalized before or during the pandemic in 2020. The reports hint that the PLA might use the northern section of the Cambodia naval facility. Both countries have tried to hide the role of China’s People’s Liberation Army (PLA) in the facility.

The U.S. and its allies are worried about a Chinese army base or naval facility being set up in the South China Sea. This will give Beijing an upper hand in the highly contested region.

Phnom Penh has refuted reports of allowing the PLA to operate within its territory, violating its constitutional norms. Tea Banh, the Cambodian Defense Minister, said on the issue that China would not get exclusive access to the base, and Beijing is only lending a helping hand in revamping the facility.

Not much is known about the up-gradation of the naval base in Cambodia. However, security and intelligence agencies have hinted at the facility being updated with meeting and dining halls, a command center, and a few new piers and slipways. The authorities may also engage in dredging operations so larger vessels can dock at the port minus woes.

Phnom Penh is slowly warming up to Beijing

Even if the Cambodian naval base revamps are meant not for letting the PLA operate from the facility, the development is likely to ruffle feathers of the U.S.and its allies, note security analysts. However, Phnom Penh is slowly warming up to Beijing.

Cambodia suspended joint military exercises with the U.S. in 2017 and started conducting army drills with the PLA. As a result, political analysts think now the government has solid ties with Beijing.

If China uses the revamped Cambodian naval base, as the reports hint, the nearby nations will be impacted to a significant degree. Australian National University’s international affairs analyst Hunter Marston said maritime Southeast Asia would witness more incidents of political and diplomatic clashes soon.

Vietnam, which locked horns with China several times for territorial issues covering the South China Sea, will likely be highly concerned. The development may also make Indonesia increasingly worried about the safety of its exclusive economic zone (EEZ).