Dolphins in the Red Sea May Use Coral to Self-Medicate 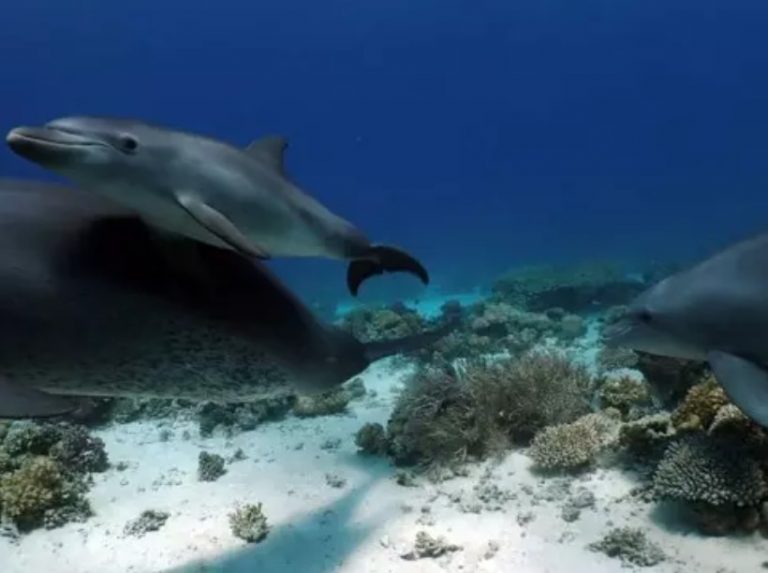 In a recent study, it has been determined that dolphins may be intelligent enough to utilize aquatic resources to self-medicate. Noted marine biologist Angela Ziltener led the study. Incidentally, she is also associated with the entity Dolphin Watch Alliance. The entity was formed to make dolphin-loving tourists more aware of behaving responsibly toward the marine creatures.

She was always curious about the nuances of Dolphin species, but 13 years back, the activities of a group of bottlenose dolphins in the Red Sea near the Egyptian coast made her keen to study the creatures. She said of the experience that the dolphins started rubbing their bodies with a specific type of coral. They seemed to know which coral they wanted to use. She and her team studied them for over a decade.

The study hints at the possibility of the dolphins using coral to self-medicate. These coral release mucus with antibacterial and hormonal compounds. These may be used by the dolphins to treat skin ailments. Ziltener and her team members think more in-depth studies are required to confirm their findings.

Ziltener loves diving with dolphins in their natural habitats. She says earning their trust is essential to observe them up close under the water. She adds that some of them are curious, and others are shy. But the shy ones become comfortable with humans slowly. They expect the humans to greet them as much as they do!

The dolphins interact with the coral and underwater flora, says Ziltener. The marine biologist says many aquatic creatures perform their coral rituals just after waking up from sleep. She compares it with bathing. For example, the scientist observed that they prefer rubbing with two specific coral types — bushy sea rod and toadstool leather.

They use the sea sponge and corals much like people use an exfoliant. Gertrud Morlock, the lead author, said: “Repeated rubbing allows the active metabolites to come into contact with the dolphins’ skin. These metabolites could help them achieve skin homeostasis and be helpful for the prevention or auxiliary treatment of microbial infections.”

Or just because they just love doing it

A University of Florida professor Michael Walsh said it is not uncommon to see adult dolphins passing their life lessons on to the next generation. The adult dolphins perform this coral ritual while the calves watch. However, when they enter adulthood, they follow their seniors.

He also noted that the coral-rubbing practice may not always be for medicinal purposes. He added that it might be because they just love doing it. One notable observation is that they only indulge in the coral rubbing activity when the water is calm.

It is yet to be confirmed if wild dolphins do the coral running for health reasons or simply because it makes them feel good. However, past studies indicate that dolphins sometimes develop pox virus infections and some fungal ailments, so the possibility of using coral for self-medication cannot be ruled out entirely.

Ziltener plans to continue hanging out with these lovely marine creatures. They are highly sociable and accommodative, she thinks. While more studies are needed to establish the link between coral rubbing and medication by dolphins, there is no doubt preserving the underwater ecosystem is very important.

She adds: “Many people don’t know these coral reefs are both bedrooms and playgrounds for the dolphins. It’s like showering, cleaning themselves before sleeping, or getting up for the day.”