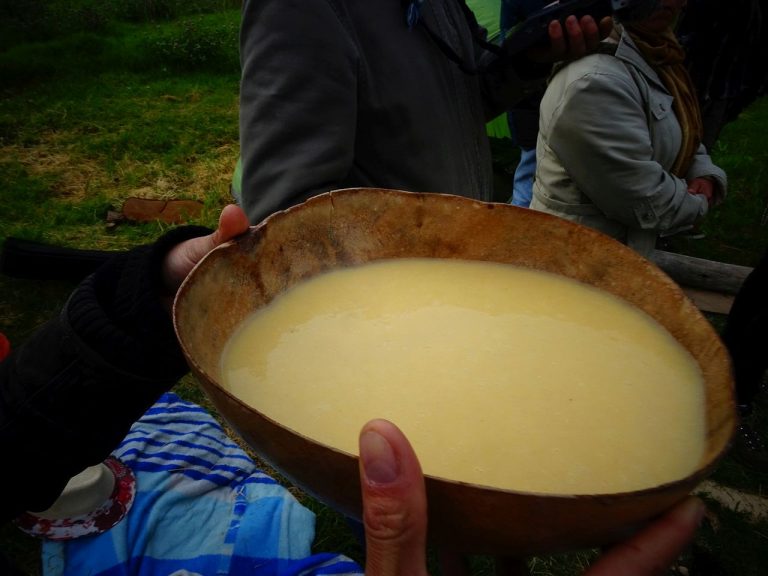 The art of politics involves particular strategies and skills. For example, some would assert that to gain and maintain political power, one must keep opposing forces in balance — that is, to satisfy human tendencies and at the same time control them, such as punishment and reward, political power, and moral power, and the like. However, in Peruvian politics, a hallucinogenic drink called chicha was used.

The contemporary strategy accommodates politics through indirect manipulation, but in ancient Peru, this was not the case. Instead, a political potion of beer and hallucinogens may have helped Wari leaders foster alliances and maintain power.

The Wari were a Middle Horizon civilization that flourished in the south-central Andes and coastal area of modern-day Peru, from about A.D. 500 to 1000. Numerous archaeological accounts have revealed Wari’s use of naturally-growing components of chicha, a fermented beverage from South and Central America with an alcohol content of roughly 5 percent.

In 2019, a study was conducted by scientists from the Field Museum of Chicago, the University of North Carolina at Greensboro, the University of Illinois at Chicago, and Eastern Michigan University. It retold a narrative of the old Peruvian feasting events and the recipe used to make the ceremonial brew. Accordingly, chicha was served during these religious and political ceremonies by ancient Wari states to develop alliances and networks among other Wari communities.

What are the components of the ceremonial brew?

One more component of this political potion is vilca seeds from the Anadenanthera colubrine tree, known for its medicinal and social uses. Vilca seeds were noted to have a psychotropic quality.

According to explorer Justin Jennings, an archaeologist at the Royal Ontario Museum in Toronto, such seeds may have been used as a hallucinogen in ancient South America. In addition, it was found that chicha laced with vilca seeds was served by political and religious elites during social gatherings as a form of Peruvian hospitality. The ceremonial brew was also offered to the many commoners, albeit prepared by elites.

This hosting with a sense of friendliness can be attributed to a history of positive politics. In one archaeological site, the remnants of vilca seeds in the beer-like drinks were found in large numbers. Ancient Peruvian leaders were gracious hosts through which they could expand their empires and form alliances by fostering healthy relationships between them and the nobility for effective social cohesion.

A strategic way to gain alliances and maintain power

Strong evidence that provides the truth the vilca seed was mixed with chicha is still yet to be found. Likewise, historians have not identified a clue as to how Wari’s political advantage was promoted after the host served the drink to his guests.

While alcoholic beverages have long been known to have fueled the development of arts, language, and religion, its ability to meddle in politics with the sparkle of a psychotropic seed is a breakthrough.

How is chicha brewed today?

Chicha is still brewed today. It is a beer-like substance typically made from corn. Even today, this fermented chicha drink is an essential part of social life in the Andes.

If you’ve ever used a pepper grinder containing multiple colors of peppercorn, then you have eaten moye. The hard sugary resin from which the pink peppercorns comes is also added to the chicha. Even though chicha is still part of modern life in Peru, it is made in steel pots.

According to arstechnica: “To make moye chicha, brewers steep the pepper berries in boiling water for about 10 minutes to melt the resin, then strain out the peppercorns and let the melted resin ferment for about five days. That’s about half the time — and about half the effort — it takes to make the corn version, which must have been an advantage for ancient brewers rushing to prepare for a big feast.”

Most modern chicha brewers are women. The tradition stretches back to the Incas when young girls learned weaving, chicha brewing, and other skills required to prepare ritual feasts.