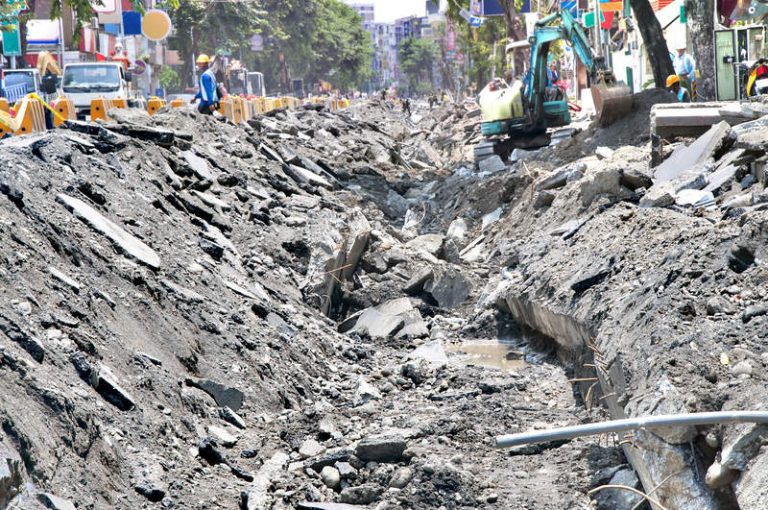 Earthquakes can be devastating, but they are not unpredictable. According to ancient Chinese chronicles, there are always signs before an earthquake strikes.

3 main signs that indicate the onset of an earthquake

Records have shown that earthquakes often follow strange conditions, such as spotting the planet Venus in broad daylight, hail and red snow, mist and clouds covering the sky, floods and droughts, and unseasonable weather.

Underground water changing its consistency is also often reported before an earthquake. This includes the water found in wells and springs turning muddy, bubbly, splashy, or warm; the water’s color, taste, or smell changes or the water level suddenly rises or falls; the wellbore shape changes, or there is a sudden drying-up or a gushing spring; all these indicate an earthquake is likely to take place.

There are even verses that warn people of these changes:

The well is a treasure

It tells of a quake’s coming —

When water gets murky despite no rain

When water comes out amid a drought

When water splashes and bubbles

When the color changes

Or when its taste turns strange.

Before an earthquake, animals behave strangely. For example, snakes flee their holes in winter, fish leap out of the water, pigs and cows jump, hens fly, and dogs run wild. For the majority of severe earthquakes, it is noted that animals display abnormal behavior mostly a day before the occurrence of the quake. Still, the time can also be extended to many days prior or shortened to just a few minutes before the strike.

There are signs before the earth shakes

It is important to take a closer look.

Hens fly up into the trees and cluck loudly,

Snakes get out of their holes in the snow,

Mice run with their babies in their mouths,

Rabbits bounce and jump with their ears upright,

Fish leap out of water in fear,

Bees in swarms buzzing move away,

Doves fearfully fly away from their nests.

Furthermore, writings in some ancient Chinese county annals conclude that there are six points to note to predict earthquakes.

1. Water in a still well suddenly turns murky, such as having black water with sludge floating on top, which signals a quake.

2. Water in a pond suddenly bubbling up like boiling tea signals a quake.

3. When the sea is windy, the waves are high and surging, and the surface foams up and bubbles, or when the wind is mild and the sun is bright, but the sea suddenly surges fiercely — these are signs of an earthquake.

4. In the middle of the night, when the dark sky suddenly opens up and light shines like the day, a quake is bound to happen.

5. On a warm and clear day, when dark clouds suddenly sweep across the sky and do not disappear, a quake is bound to happen.

6. At the height of summer, when heat steams and people sweat like rain, a sudden attack of frosty cold air that makes goosebumps on the skin stand up signals a quake.

The writer of the annals explicitly stated: “If residents come across these six signs, they have to leave the area at once to avoid unpredictable disasters.”