New Insights Into the Earth’s Formation 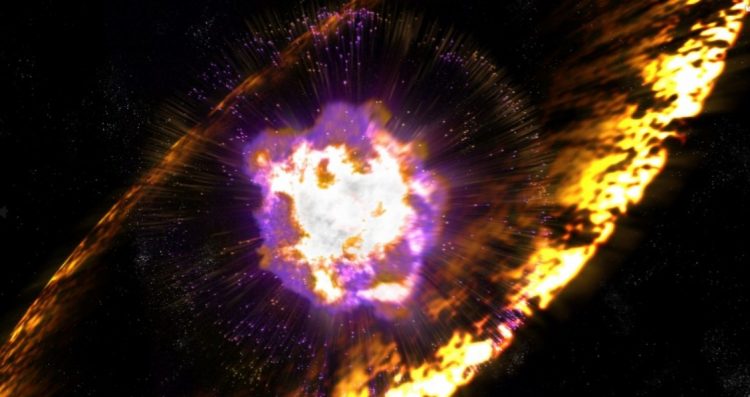 An international research team led by ETH Zurich proposes a new theory for the Earth’s formation. It may also show how other rocky planets were formed. (Image: via Pixabay)

Although the Earth has long been studied in detail, some fundamental questions have still to be answered. One of them concerns the formation of our planet, about whose beginnings researchers are still unclear. An international research team led by ETH Zurich and the National Centre of Competence in Research PlanetS is now proposing a new answer to this question based on laboratory experiments and computer simulations. The researchers have published their study in the journal Nature Astronomy.

An inexplicable discrepancy in the formation of the Earth

“The prevailing theory in astrophysics and cosmochemistry is that the Earth formed from chondritic asteroids. These are relatively small, simple blocks of rock and metal that formed early on in the solar system. The problem with this theory is that no mixture of these chondrites can explain the exact composition of the Earth, which is much poorer in light, volatile elements such as hydrogen and helium than we would have expected.”

Various hypotheses have been put forward over the years to explain this discrepancy. For example, it was postulated that the collisions of the objects that later formed the Earth generated enormous amounts of heat. This vaporized the light elements, leaving the planet in its current composition. However, Sossi is convinced that these theories are rendered implausible as soon as you measure the isotopic composition of Earth’s different elements, saying:

“The isotopes of a chemical element all have the same number of protons, albeit different numbers of neutrons. Isotopes with fewer neutrons are lighter and should therefore be able to escape more easily. If the theory of vaporisation by heating were correct, we would find fewer of these light isotopes on Earth today than in the original chondrites. But that is precisely what the isotope measurements do not show.”

“Dynamic models with which we simulate the formation of planets show that the planets in our solar system formed progressively. Small grains grew over time into kilometre-​sized planetesimals by accumulating more and more material through their gravitational pull.”

Similar to chondrites, planetesimals are also small bodies of rock and metal. But unlike chondrites, they have been heated sufficiently to differentiate into a metallic core and a rocky mantle, Sossi added:

“What is more, planetesimals that formed in different areas around the young Sun or at different times can have very different chemical compositions.”

The question now is whether the random combination of different planetesimals actually results in a composition that matched that of Earth. To find out, the team ran simulations in which thousands of planetesimals collided with one another in the early solar system. The models were designed in such a way that, over time, celestial bodies were reproduced that correspond to the four rocky planets Mercury, Venus, Earth, and Mars. The simulations show that a mixture of many different planetesimals could actually lead to the Earth’s effective composition. What’s more, Earth’s composition is even the most statistically likely outcome of these simulations.

A blueprint for other planets

The mechanism could be used, for example, to predict how Mercury’s composition differs from that of the other rocky planets. Or how rocky exoplanets of other stars might be composed, Sossi noted:

“Our study shows how important it is to consider both the dynamics and the chemistry when trying to understand planetary formation. I hope that our findings will lead to closer collaboration between researchers in these two fields.”

Provided by Arian Bastani, ETH Zurich [Note: Materials may be edited for content and length.]