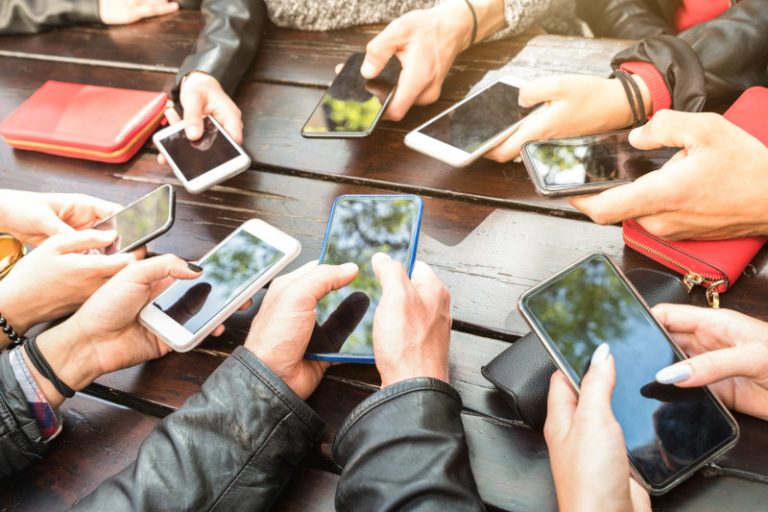 China is exploiting the global social media ecosystem to enhance its already massive influence as it seeks to establish its economic dominance. (Image: Mirko Vitali via Dreamstime)

Chinese influencers spread propaganda on all types of social media. Vica Li describes herself as a “life blogger” and “food lover” who focuses on teaching her 1.4 million Instagram followers about China so they may travel the country with ease.

“Through my lens, I will take you around China, take you into Vica’s life!” she says in a January video posted on YouTube and Facebook.

However, that lens could be controlled by CGTN, the Chinese state-run television network, where she has often appeared in broadcasts and is listed on the company’s website as a digital reporter. While Vica Li claims to have established all of these channels on her own, her Facebook page is managed by at least nine people.

According to an Associated Press investigation, Li’s portfolio of accounts is only one tiny part of China’s growing influence on U.S.-owned social media sites.

Apparently, China is exploiting the global social media ecosystem to enhance its already massive influence as it seeks to establish its economic dominance. The country has developed a network of social media stars who tweet in cahoots with the government, promoting China, deflecting criticism of its human rights abuses, and advancing Beijing’s talking points on global issues such as Russia’s conflict against Ukraine.

Some state-affiliated reporters in China have reinvented themselves as Instagram influencers or bloggers. The country has also paid different firms to find influencers to offer messages specifically designed to be delivered to social media users that would improve its image.

It also has the support of a group of Westerners who have dedicated their YouTube channels and Twitter feeds to reiterating pro-China narratives on topics ranging from Beijing’s treatment of Uyghur Muslims to Olympian Eileen Gu, an American who competed for China in the most recent Winter Games.

According to Miburo, a company that tracks foreign disinformation operations, at least 200 influencers with ties to the Chinese government or state media are active in 38 different languages.

The conflict between Russia and Ukraine is just one example. While the invasion was being condemned as a brazen assault on democracy, Li Jingjing told a different story to her 21,000 YouTube subscribers, posting videos that reflected Russian propaganda and supported false claims, such as that the U.S. and NATO triggered Russia’s invasion.

Li Jingjing describes herself on YouTube as a “traveler,” “storyteller,” and “journalist,” but she never mentions that she’s a CGTN reporter, expressing not only her own opinions but also common Chinese government talking points.

An investigation by the Associated Press discovered dozens of similar accounts with over 10 million followers and subscribers. The profiles are frequently those of Chinese state media reporters who have rebranded themselves as “bloggers,” “influencers,” or undefined “journalists” on platforms such as Facebook, Instagram, Twitter, and YouTube, which are largely prohibited in China.

Foreign governments have historically attempted to influence users through social media and as a result, social media platforms such as Facebook and Twitter have promised to better warn American users of foreign propaganda by labeling state-backed media accounts.

However, the AP investigation discovered that the majority of Chinese influencer social media profiles are not consistently labeled as state-funded media. The profiles of Li Jingjing and Vica Li, for example, are frequently labeled on Facebook and Instagram, but not on YouTube or TikTok. Vica Li’s Twitter account is not tagged and Twitter only began labeling Li Jingjing’s account as Chinese state media last month.

The Chinese Consulate in New York spent US$300,000 on New Jersey firm Vippi Media to recruit social media influencers to post messages to Instagram and TikTok followers during the Beijing Olympics, according to documents filed with the Justice Department in December.

In addition, CGTN invited English speakers from all over the world to compete in a month-long competition that would culminate in positions as social media influencers in London, Nairobi, Kenya, or Washington, D.C.

With headlines like “The Olympics Backfired on the USA – Disastrous Regret” and “Western Media Lies about China,” British video blogger Jason Lightfoot gushed about the competition in a YouTube video and has 200,000 subscribers.

The video topics are similar to those of other pro-China bloggers, such as Cyrus Janssen, a U.S. citizen who lives in Canada. During the Olympics, Janssen and Lightfoot both posted identical photos of Gu on the same day, celebrating her three medals and slamming the United States.

YouTubers Matthew Tye, an American, and Winston Sterzel, a South African, believe China is paying for content in many situations.

Last year, they were included in an email pitch from a business known as Hong Kong Pear Technology that was sent to a number of YouTube influencers. They were urged to post a promotional film for China’s touristy Hainan province on their social media networks, according to the email. In a subsequent email, Pear Technology requested that they publish a propaganda movie claiming that COVID-19 originated in North American white-tailed deer, not China.

After spending many years living in China, Tye and Sterzel are now vocal critics and conclude they received the pitch by mistake. But they feigned interest and exchanged a few emails with the company. In one that they shared with AP, a company representative offers them US$2,000 to post the COVID video.

After requesting that the corporation present documentation to back that assertion, Sterzel and Tye received no response.

In an interview, Sterzel said: “There’s a very easy formula to become successful. It’s simply to praise the Chinese government, to praise China and talk about how great China is and how bad the West is.”