The Unintended Consequences of Saving a Beggar 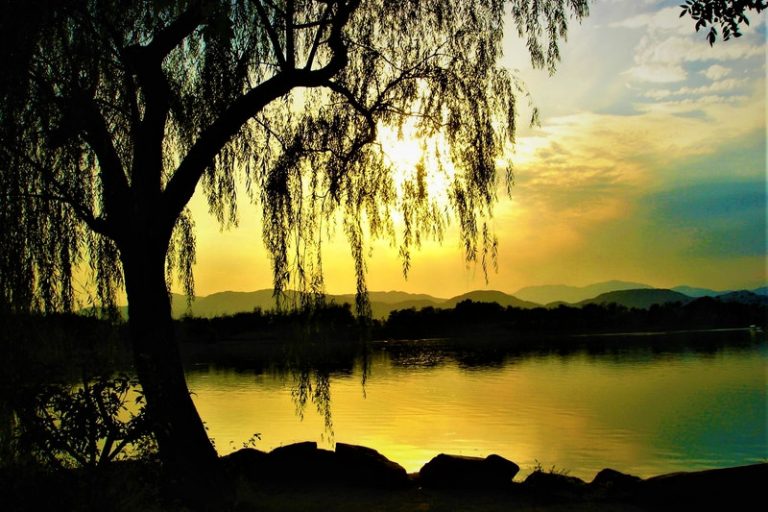 Good deeds are met with good returns, so one should always have a heart of kindness and compassion. (Image: Shiva Kesch via Dreamstime)

In the time of the Qing Dynasty, east of the Yangtze River, there lived a man named Yuan Xujun. Xujun knew traditional Chinese medicine and decided to open a shop near the Guanhe River. There were many willow trees along the river, and one very tall group of willows provided a good amount of shade, giving people a bit of reprieve from the heat of the summer sun, especially beggars.

In the shade of the willows was an old boat dock, and a man who appeared to be a beggar would dock there to enjoy the cool of the shade. Two women, who appeared to be his wives and spoke with a foreign accent, accompanied the man on the boat. Every day, they rowed the boat up and down the river, begging for money along the way.

One midsummer day, while Xujun was working in his shop, he heard two women crying. He hurriedly rushed outside to find the beggar near death, with only one breath left in his body. Xujun had sympathy for the man and told the two women: “Your husband contracted cholera, a filthy disease. I will fetch medicine for him to see if it can help.”

With that, Xujun hurried home to fetch a vial of toad venom and quickly returned to pour it into the dying beggar’s mouth. A moment later, to the women’s surprise, the beggar regained consciousness. By the next day, he was completely healed. The beggar visited Xujun’s home to express his gratitude, and then boarded his boat with the two women. After that, they were never seen again.

Over the next dozen years, Xujun’s shop grew to be quite successful. He amassed a small fortune and decided to use some of his wealth to form a partnership with his relatives, so they set out across the sea to purchase beans in northeast China to bring back to the area to sell.

However, along the way, the party unexpectedly encountered a terrible typhoon. The winds were so strong that the captain had no choice but to cut the mast, lower the sails, and leave the boat to the mercy of the sea.

After floating for hundreds of miles, they finally spotted an island. But as they attempted to move toward the shore, the boat hit a rock and shattered apart. Everything on board sank to the seabed, but luckily, no one was injured. Everyone was able to swim safely ashore.

As it turned out, the island, which was under the jurisdiction of Korea, had a large town on it. When the town’s guard sighted the shipwreck, he immediately sent a team of people to help and took down the names of the survivors.

It so happened that Korea’s prince was inspecting the islands along the country’s border at the time. Upon seeing the list of survivors, the prince went to the seaside. After careful inquiry, he found Xujun and inquired about his occupation. The prince then asked: “Is the willow tree still in front of your shop?” Xujun found it strange that the prince would ask such a question, but he replied honestly, saying: “Yes, it is still there.” Upon hearing this, the prince asked his subordinates to put them in a guest house, treating them with every courtesy.

After some rest, the prince asked Xujun to board his horse-drawn carriage. As if in a dream, Xujun accompanied the royal party as they journeyed to the capital city, arriving two days later. Xujun was then put in a chariot, one normally reserved only for the King, and escorted to the royal palace. When they arrived, the prince and Xujun walked arm-in-arm down the palace hall, in a grand entrance. After they took their seats, the prince summoned the palace concubines to come and meet their guest.

Two women in formal dress accompanied the concubines and greeted Xujun by bowing down before him. With no time to return their salutes, Xujun could only kneel to the ground and say to the prince: “I am nothing but an ordinary person. How can I possibly deserve such a grand and courteous reception from the King?”

The prince knelt down to join Xujun on the ground and replied: “Sir, do you remember the beggar who was sick on the boat under the shade of a willow tree a dozen years ago? That man was me.”

Xujun listened in surprise as the prince explained: “According to my country’s regulations, if any aristocrat suffers from an intractable disease, it is said to be a punishment from Heaven, and the person must spend three years wandering as a beggar to express their repentance.”

The prince paused before continuing: “In my 20s, I suddenly suffered from vertigo. I immediately passed out and didn’t wake up until the following day. The former King asked the imperial historian Taishi to read my fortune, and he said that I needed to go to China’s coastal areas to live as a beggar.”

The unintended consequences of kindness to a beggar

“Today, fate has brought you here, allowing me to repay your kindness. I don’t know if you want to be an influential official or to be rich. If you want the former, I will give you the position of guest teacher; if you want the latter, you can have any treasure or property you wish,” the prince stated.

Xujun thus understood the ins and outs of the situation and replied: “I am nothing but a healer from afar, without extraordinary talents or abilities. There is nothing that I want except to continue my journey to northeast China to purchase beans. I would be grateful if you could lend some money as capital, and send us to northeast China.”

The prince smilingly said: “Northeast China’s beans are not as good as ours. You can visit the storage house to check our beans’ quality.”

Xunjun spent several months in the royal city, and with time, he began to feel homesick. The prince urged him to stay longer, but Xujun could not be swayed. The prince then asked his subordinates to open the warehouse so Xujun could examine the beans. They were indeed big and full, much better than those in northeast China. The prince provided Xujun and his companions with enough beans to fill a dozen sea-going vessels and sent them back to China by a large, royal ship.

Upon arriving home, Xujun sold the beans for more than 100,000 taels of silver, more than enough to start a business.

As a result of saving another person’s life, Xujun’s seemingly unfortunate situation turned out to be the hand of fate returning his kindness.

Such is the principle of cause and effect: Good deeds are met with good returns. Therefore, you should always keep a heart of kindness and compassion.